Your story on WD using SMR in some drives without mentioning it on the spec sheets was eye opening. The WD representative’s wording about the suitability of SMR for archival purposes brings up the question of the WD “White” drives that are included in external USB storage offerings. There are many YouTube videos that recommend shucking these white label drives as a cost effective way to obtain “real WD RED drives” masquerading as a cheaper drive. Is it likely/possible that the white label drives are actually DM-SMR drives?

If you have existing RAID with old 2TB/3TB/4TB/6TB EFRX CMR drives and you need a replacement drive or you want to expand your RAID with an extra drive make sure you get a right drive. You may want to get a spare drive before these old EFRX drive are not available any more.

Here are the codes for old CMR drives:

You might still get them in some places, but not for long. 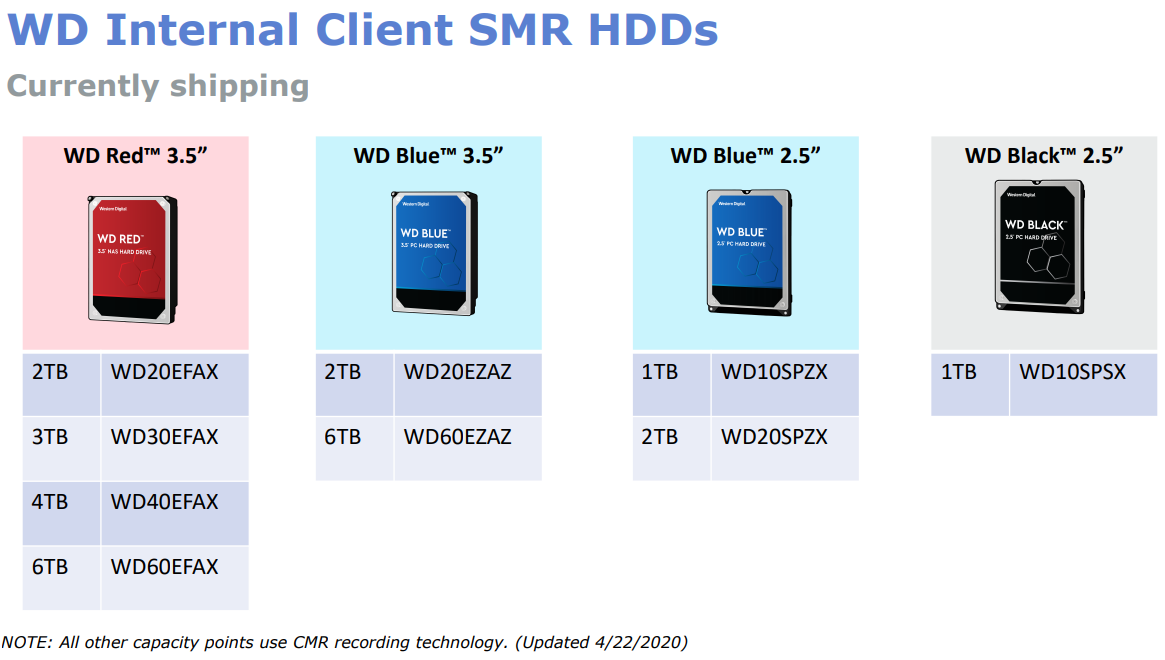 What are PMR and SMR hard disk drives?

Perpendicular magnetic recording (PMR) and shingled magnetic recording (SMR) are technologies used to physically store bits of data onto a hard disk drive (HDD). For HDD manufacturers, one of the most important concerns is areal density, which is the number of bits of data that can be recorded onto a magnetic disk. Areal density is measured by the number of bits or gigabits per square inch, with the higher values allowing for greater storage using the same amount of disk space. SMR offers larger drive capacity than the traditional PMR because SMR technology achieves greater areal density.

This article will give a quick overview of PMR and SMR technologies and highlight key differences between them.

PMR, also known as conventional magnetic recording (CMR), works by aligning the poles of the magnetic elements, which represent bits of data, perpendicularly to the surface of the disk. Magnetic tracks are written side-by-side, without overlapping. Because the write head is normally larger than the read head, HDD manufacturers try to shrink the size of the write head as much as possible.

SMR is an extension of PMR and offers improved areal density. Rather than writing each magnetic track without overlapping, SMR overlaps each new track with part of the previously written track, much like shingles on a roof. By overlapping the tracks, write heads become thinner, thus expanding areal density. 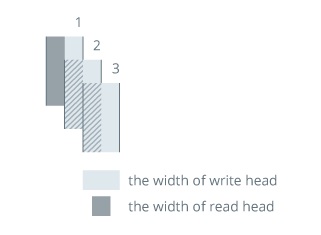 Differences between PMR and SMR

Regardless of whether an HDD uses PMR or SMR, the read head only requires a small portion of the written magnetic track. When new data is written on an SMR drive, the tracks are fully readable without impacting performance.

However, when the data on an SMR drive is edited or overwritten, the write head will not overwrite the data onto the existing magnetic track. Instead, the new data will be written onto an empty area of the disk, while the original track with the old data will temporarily remain. When the HDD becomes idle, it will enter a reorganization mode where the old bits of data on the original track will be erased and made fully available for future use.

This reorganization mode must occur to completely delete tracks, making the idle time essential for an SMR drive. If an SMR drive is being used heavily for read and writes, it will not have enough time to reorganize the magnetic tracks, causing the tracks with the old data to remain temporarily. As a result, the SMR drive may need to write new data and reorganize the old track at the same time, resulting in a negative impact on the overall read/write performance. To combat this, SMR drive manufacturers have developed firmware that optimizes the read/write performance while data is being overwritten. 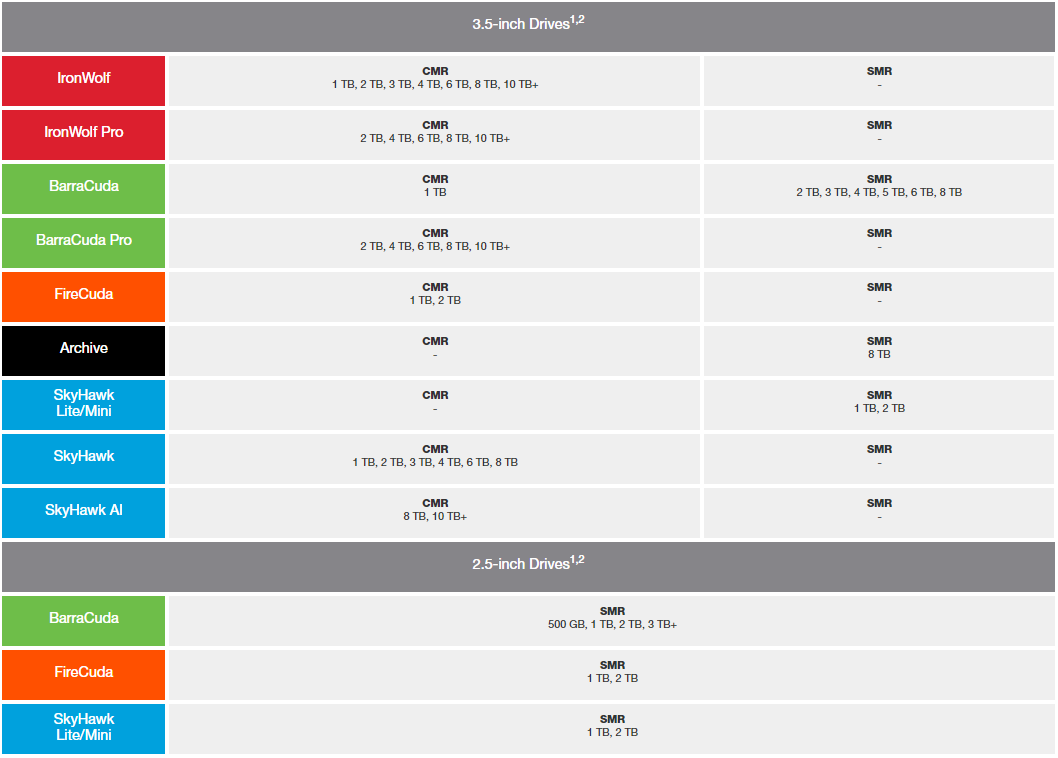