A Guide to the Best 4-Bay NAS Drives to Buy Right Now I think it would be fair to say that, when it comes to users who are making the jump professionally from Cloud to their own private server, the 4-Bay NAS market is often their first choice! Aside from the obvious benefits in capacity […] 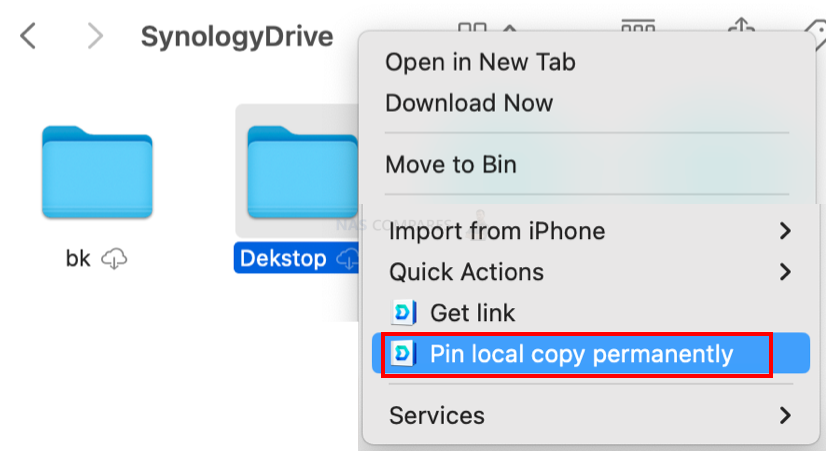 How to enable on-demand sync on MAC – Synology Drive Client 3.2 First of all, makes sure your MAC OS is 12.3 and above. You can check this if you click on Apple icon/ ABout This Mac If you already use Synology Drive Sync, you will need to date this sync tasks and create a […]

How Much Electricity Does A Synology DS2422+ NAS Use and How Much Does it Cost to run 24×7? Let’s talk BIG STORAGE! Have you been considering the Synology DS2422+ NAS for your business storage? Alongside having an impressive 12 bays that you can populate with HDDs upto 22TB in scale (at the time of writing), […]

When I use Synology RAID calculator it shows I should get 26TB of storage space, but my Synology NAS only shows 23.6TB.  Why Storage Pool not using all available space? The storage pool shows less available space than there is.   How do I find the actual hard drive size? The hard drive capacity […]

Black Friday 2022 – Synology NAS Bargains and Deals Black Friday is here again and for many of you, this is the final decider on whether you are going to finally buy your very own Synology NAS or upgrade that old DS411 or DS216 that is starting to show its age. Synology has been focusing considerably […]

Synology DS923+ or Terramaster F4-423 NAS – Which Should You Buy? Remember when buying a NAS drive was easy? For such a long time, the general hardware that all the NAS brands were offering was generally comparable (Celeron CPU, 2/4GB Memory, coupled of 1GbE and USB) and it was only when you delved into the […]

Synology DS923+ NAS Drive – Does It Deserve Your Data? The Synology DS923+ NAS is the follow-up to the DS920+ (released over 2.5 years earlier) and this new Diskstation system has certainly made a number of BIG changes to the arguably rigid formula that the brand has been using in the last few generations of […]

Synology DS923+ installation guide [in 7 STEPS] There are so many guides out there, but none of them actually show how to set this thing up from start to finish. If you are not an IT person this can be extremely confusing. So let’s start.   Insert hard drives, SSD or any upgrades [STEP 1] […]

M.2 NVMes Use as Storage Pools Coming to Synology NAS and DSM Important Update 24/11/22 – I have made an update to the subject to Synology enabling M.2 NVMe SSD Bays, showing the details of how it works and other questions users have asked about using NVMe SSDs on the DS923+ (currently, the only Synology […]

The Synology DS923+ NAS Review – AMD vs Intel? Regardless of whether you are new to NAS or have been well-grounded in the world of premium turn-key private server ownership, there is a pretty high chance you heard about Synology! In the world of NAS, they are pretty much the top brand and with good […]