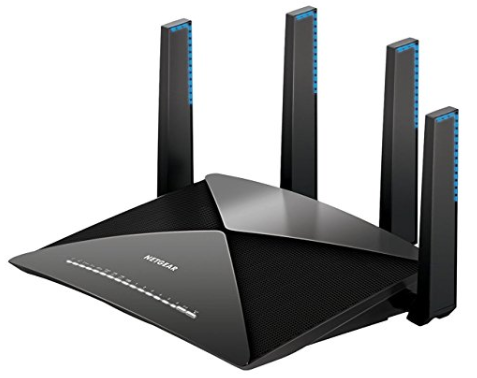 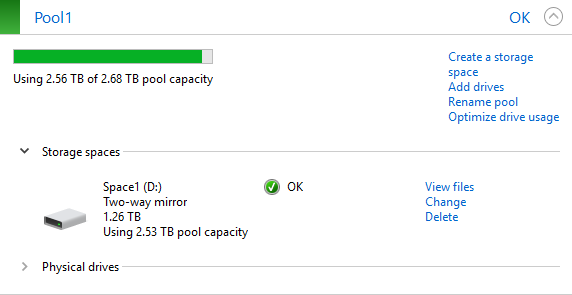 In addition, I have a high powered PC that I am in the process of converting into a network back up RAID for the DS214Play, preferably using Windows 10 Storage Spaces just because I already have the Microsoft OS license.

I intend to purchase a cheap 10GBE card for the Windows 10 based machine, run it to the routers SPT+ port with SPT+ DAC cable (.5 meter long), then connect the Synology via a standard Cat5e/Cat 6 connection through the router. The Windows 10 machine will be the principal storage device on the network with the Synology device, located in a separate portion of the house, will serve as the final backup of the data on the Windows 10 machine as well as my surveillance camera NVR.

My final goal is to upgrade to a 10GBE Synology NAS. I know that they offer that option in their higher fitted out units but I really do not need a higher powered device since I don’t use PLEX, rip movies to NAS, nor have any obvious need for Docker or virtual machines. However, I do need to backup many of my wife’s iPhone videos in an expeditious manner which, due to the nature of her job, she generates nearly hour long, high-quality recordings several times a week. They are important to her, so they will need to be backed up. In addition, I am looking at using Backblazes or Wasabi for online data backup.

Other than 4 or 5 PCs connected to the network, all the other devices attached to the network are 5 IP cameras, multimedia devices, a few older routers configured into Access Points, an smart home devices. Approximately 30 devices total.

My question is, can you recommend a relatively inexpensive switch with sufficient 10GBe ports so that as my other computers can be in time upgraded to 10GBe capable, as well as for when Synology finally upgrades their built-in network connection to the faster speed. The switch will be in the family room, with the rest of my equipment, in a Audio Visual Rack I purchased, so it cannot be a load unit.

PS. My internet connection is 1000gb down 40 up when measured at the modem. Once it hits the network, though, I can only measure 300 to 500mbs down. I assume that the bandwidth is being consumed by the IP cameras. Would putting them on a VLAN improve this? Could the switches be slowing down the network speed? Do two switches in series create bottlenecks for the entire network? In spite of my more than average knowledge of networking, I am truly a physician, so I could use some networking advice and suggestions.

I have to say you have a very interesting idea of keeping things backed up. Very often people rely only on the RAID to keep their data safe.

Qnap Switch QSW-1208-8C 10GbE Switch is what you need. Half of the ports are SFP+ and other half RJ45. Just because 10GbE can differ between one and the other, it is better to have a switch which will support both options. It will work as a translator between two devices with a different connection.

The internet sped is not always guaranteed. It is very possible that there are people in the neighborhood downloading something heavily. Or its simply a Friday evening and people spend more time online. Moving cameras to VLAN would not affect internet speed. All footage I believe is sent to your NVR over the ethernet.

Switches simply do switching, there will be no bottlenecks. You can have as many as you want. As long as you connect them using the fastest ports available on the board.

For backing up your NAS do consider BlackBlaze. You can try it for 15 days free if you don't believe its good. But the main reason is unlimited backup size. Everyone else like Dropbox, Amazon, and others charge per gigabyte. But  with this one there is no price difference either you backup 2 bay or 8 bay NAS. The other great feature is version control. So even if you get hit by ransomware type of virus or simply deleted or mistakenly changed few files. You can restore your data from historical backup versions and get all data back.
You can get it for free here and try:
Home: https://www.backblaze.com/cloud-backup.html#af9rgr
Business: https://www.backblaze.com/business-backup.html#af9rgr
Comparison with other service providers: https://www.backblaze.com/best-online-backup-service.html#af9rgr
Find regulary updated NAS offers here
Of course I would prefer you choose AMAZON UK AMAZON USA to buy your perfect solution, however, if you would rather buy locally, please use the links used above to take you to your local Amazon store and help support this free advice service with ad revenue. More ways of supporting the blog are described HERE