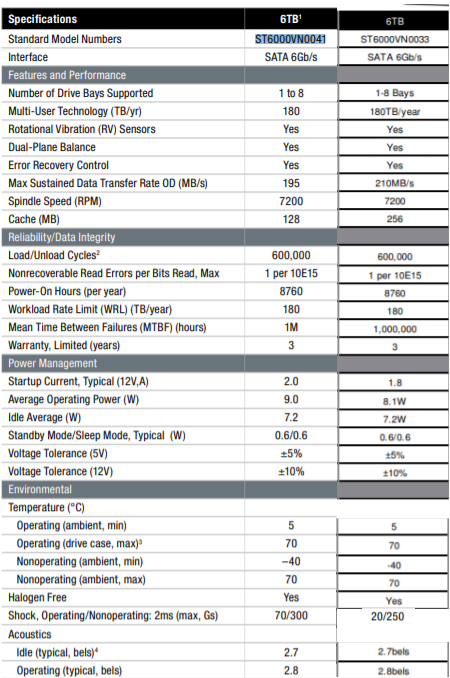 Immediately after purchasing 2 drives configured in RAID 1 for my new Numbustor-4 (BTRFS) with plans to later get 2 more identical drives to fill up the NAS and go to either RAID 5 or 6, I learned I purchased a lesser drive which I fear may be eliminated from Seagate’s product line by the time I get two more (very little difference in cost – I feel like a dummy for not noticing there were two types!).

My question is if the lesser drives do go off the market and only the better ones are available, can I still do my plan? If not, I think I am going to beg forgiveness from the wife and get 2 more.

This is an easy mistake to make. Retailers would normally sell older drives with nice discounts and many people would never notice what they bought. If you were to use them in a computer then getting drives 15MB/s slower and with 128MB less cache would be annoying. But in the NAS you will not notice a speed difference. You will most likely be limited to a 1GbE Ethernet anyway. The only way for you to nice the difference would be by link aggregating both 2.5GbE ports on a NAS and having an appropriate network setup.

If you are worried to mix older drives with newer ones, then don’t worry. The speed will be limited to the slowest drive in the RAID. A 15MB/s difference as I said will not be noticeable.