Good news for those looking to make their first steps into the world of NAS storage with Synology having revealed the new DS120j NAS Drive, a 1-Bay server that supports the very latest and largest Hard Drives (such as the Seagate Ironwolf 14/16TB Ironwolf NAS drives) and at a price point that promises to be not just affordable, but that enables even the most wallet-shy of people to enter the world of network-attached storage. Featuring a streamlined version of DSM (but only in a business application sense), the DS120j NAS from Synology is the follow up to the Q3 2018 DS119j and though remarkably similar, it does have one of two extra little treats under the hood. Of all the NAS drives being revealed in their launch events across the world this month, this is the one I had the very least information about, so I am making efforts to highlight this (TBC – to be confirmed, obviously). So, let’s see what this new budget NAS has in store for home users looking for their first, entry-level Synology NAS.

Or get a professional grade NAS like 72N and 72XT series from SPAN with amazing Black Friday Deal price tag! 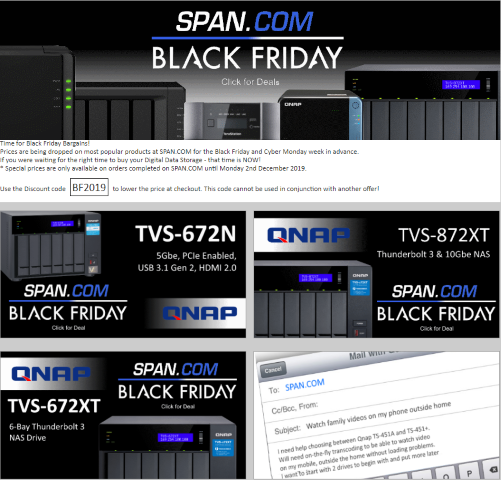