Featuring Samsung’s latest sixth-generation,128-layer V-NAND and a maximum capacity of 30.72TB, the PM1653 offers the capacity to keep up with the exponential growth of business data. Such large capacity significantly expands the amount of storage that can be used in the enterprise market.

The stability to succeed. The PM1653’s dual ports feature two pairs of signal pins that are connected to aseparate storage system. Utilizing that system, it continuously performs service checks to ensure that if one port fails, the other is capable of maintaining stable service. Such reliability enhances TCO while also adding much-needed stability to mission-critical enterprise applications. 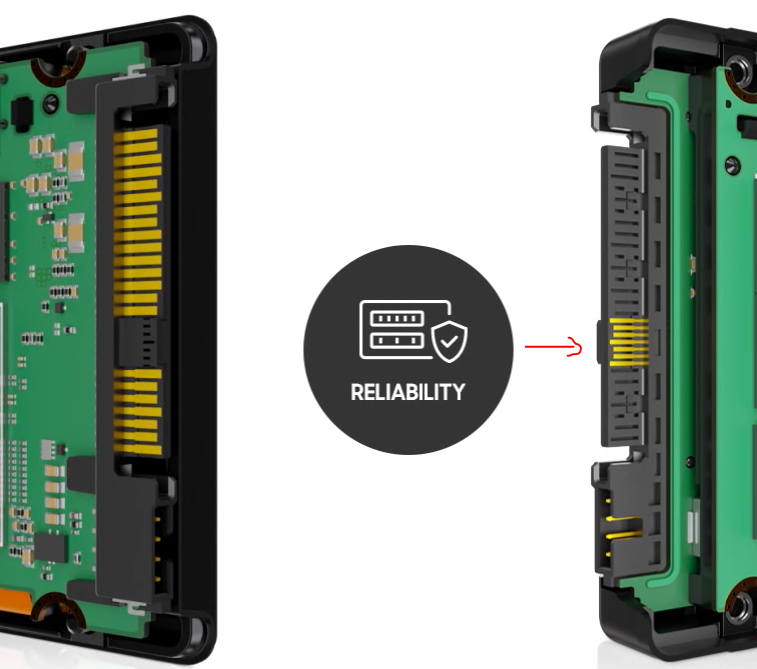 Samsung Electronics Co., Ltd., the world leader in advanced memory technology, today announced its launch of the industry’s highest-performing 24G SAS (SAS-4) SSD ― the PM1653. Based on the latest SAS interface, the new drive can support twice the speed of the previous 12G SAS-3 generation. The PM1653 is also the industry’s first 24G SAS SSD made with sixth-generation (1xx-layer) V-NAND chips, enabling storage capacities from 800GB to 30.72TB for advanced enterprise server systems.

“As the leading provider of SAS storage for a decade, Samsung has been offering the most advanced and reliable enterprise solutions in full support of the critical workloads of global server OEMs, governments and financial institutions. Samsung enterprise solutions are also accredited by the U.S. National Institute of Standards and Technology for the most powerful data security,” said Kwangil Park, senior vice president of the Memory Product Planning Team at Samsung Electronics. “Like we have done with the PM1653, Samsung will continue to collaborate with our customers to accommodate the ever-growing demand of the enterprise server market for the most uncompromising offerings available.” 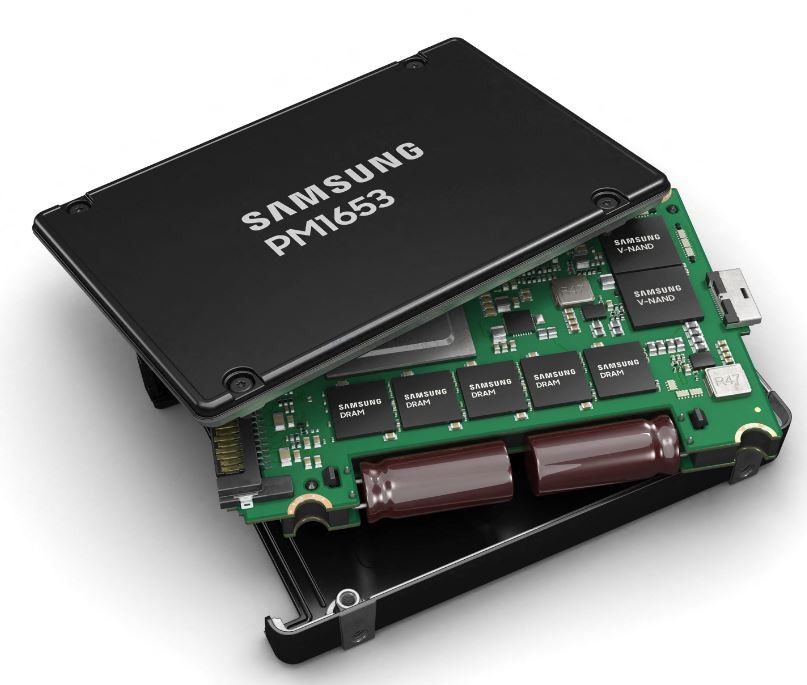 In order to build a robust 24G SAS ecosystem across the enterprise market, host bus adapter (HBA) system readiness is also essential. Samsung has been closely working with Broadcom, a leading HBA provider, to ensure a seamless and timely transition to this new SAS milestone.

“Broadcom values the innovation that 24G SAS products, such as the Samsung SSD PM1653, will bring to the enterprise server market,” said Jas Tremblay, vice president and general manager of the Data Center Solutions Group at Broadcom. “The combination of the PM1653 SSD and Broadcom’s next-generation SAS RAID products delivers up to 5X RAID 5 performance; which will be critical to meet the strong demands of the 24G ecosystem.”

The PM1653 has been optimized for high-performance enterprise servers, offering the industry’s highest random read speed – a key metric for server storage performance – of up to 800K IOPS. Its sequential read speed can reach 4,300MB/s, which is the maximum available speed for the 24G SAS interface and twice the speed of the previous-generation PM1643a drive.

Leveraging its dual-port system, the new SSD will give enterprise server OEMs the flexibility of using one or both ports depending on their system environment. Even if one port was to experience a failure during operation, data can be transferred and accessed through the other port with superior enterprise-grade reliability. The PM1653 is capable of supporting 24G and the legacy 12G SAS-3 platform as well.

Samsung has begun sampling the PM1653 SSD with select customers and plans to begin mass production in the second half of this year.