The future of Network Attached Storage (NAS) has arrived with the unveiling of Synology’s latest offering, the DS723+, at the CES 2023 event. This advanced NAS system represents a major evolution from its predecessor, the DS720+, with a number of improvements and a few compromises. At the heart of the DS723+ is an AMD Ryzen R1600 CPU, which is designed to maximize performance rather than focus on transcoding capabilities like the Intel Celeron J4125 CPU found in the DS720+. As a result, the DS723+ can only transcode 1080p videos, compared to the 4K transcoding capabilities of the DS720+. However, the DS723+ does come with 4 virtual cores, which serve as a virtual 4-core processor and result in an overall performance increase of about 50%. This increase will be particularly noticeable when using virtual machines, Docker, and 10GBE, but may not make a significant difference in other tasks.

One major limitation of the DS723+ is its lack of support for remote access to 4K videos, including 4K CCTV and Synology photos. This may be a disappointment for users who rely on these features. Both models come with NVMe slots, but the DS723+ has improved M.2 slots with much higher speeds. The old model’s M.2 slots had a maximum speed of 500MB/s, while the new model can reach speeds of up to 2GB/s. The DS720+ could only use its NVMe slots for caching, but the DS723+ allows for both caching and storage. However, only Synology M.2 drives are allowed for use as storage volumes. One area where the DS723+ truly excels is in its expansion capabilities. The DS720+ did not have a PCIe slot for a 10GBE upgrade, while the DS723+ comes with a PCIe expansion slot specifically for a 10GBE card. This allows for faster data transfer speeds, with the DS723+ achieving a read speed of 1179.75MB/s and a write speed of 772.84MB/s in a 10GBE test with an M.2 NVMe SSD.

Both models also support the DX517 expansion unit, which allows for the addition of 5 more drives. The DS720+ has two USB ports, while the DS723+ only has one. Additionally, the DS723+ has a higher noise level and consumes more power than its predecessor. In conclusion, the DS723+ is a powerful and feature-rich NAS system that is well worth considering for those in need of a high-performance storage solution. Its advanced processor, expansion capabilities, and energy efficiency make it a standout choice, and it is sure to be a popular option for users looking to upgrade from the DS720+ or other NAS systems. While it does have a few limitations, such as reduced transcoding capabilities and the lack of 4K remote access, these may not be dealbreakers for all users. Ultimately, the decision of whether to upgrade to the DS723+ will depend on an individual’s specific needs and priorities.

Tell me more about this DS723+ CPU

The AMD Ryzen R1600 is a 2-core, 4-thread desktop processor based on the Zen architecture. It has a base clock speed of 2.6GHz and a boost clock speed of 3.1GHz. It is 64-bit processor and doesn’t come with an integrated GPU, and it requires a separate graphics card to be added to the system. It does support AES-NI which is an instruction set that can accelerate certain types of encryption and decryption using the Advanced Encryption Standard (AES). This feature can be useful for data security applications and other tasks that involve encryption and decryption.
AMD Ryzen R1600 vs Intel Celeron J4125

In summary, the AMD Ryzen R1600 has higher clock speeds and does support ECC memory but the Intel Celeron J4125 has more cores and integrated GPU and it will generally be better suited for multithreaded workloads, while the Ryzen R1600 might be better for tasks that rely heavily on single-threaded performance, and more suitable if you’re planning on having ECC memory support. 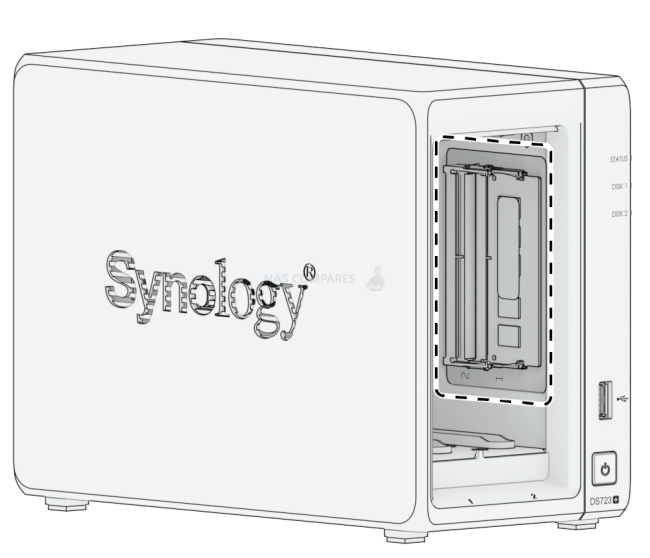 Do I need NVMe cache?

Whether or not you need NVMe cache on a Synology NAS depends on the specific use case and performance requirements of your setup. NVMe cache can provide faster read and write speeds for frequently accessed data, which can be beneficial for applications that require high performance, such as virtualization or video editing. However, if your NAS is mostly used for data storage and infrequent access, then an NVMe cache may not be necessary.

It would be worth looking into if you’re experiencing slow access, and if Synology NAS support NVMe cache.

These NVMe M.2 SSD slots are capped at 2GB/s (Gen3 x1) per slot. This is why IOPS are more important then SSD speed when you look for upgrades.

When choosing NVMe for caching you need to look at reliability ratings such as DWPD/MTBF. Here are a few on the list
https://nascompares.com/answer/nvme-m-2-list-with-endurance-dwpd-mtbf/
Caching means a lot of read and write operations, unlike regular storage situation.
You would need to look at models with 0.5DWPD and above 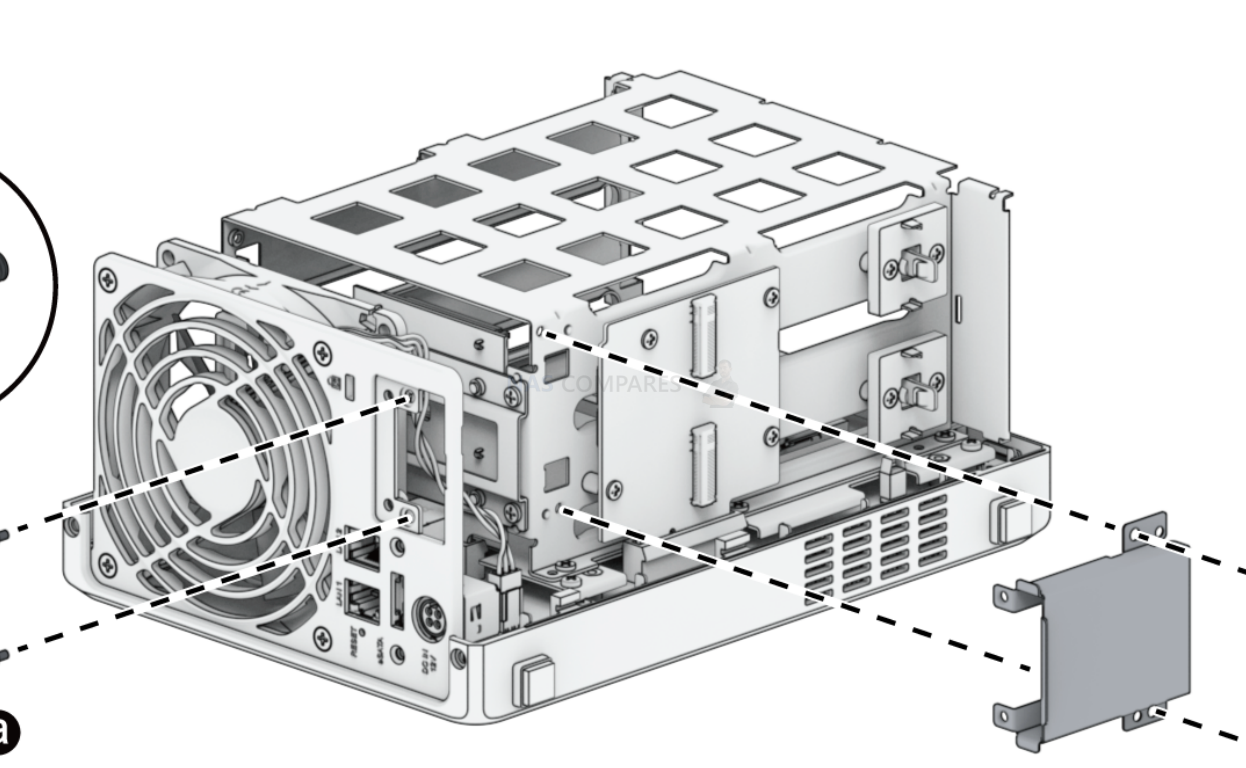 We can expect this NAS to be able to handle 1080p video transcoding in Plex. Maybe even a tiny bit of 4k (very simple files). Same results with built-in Synology video app. 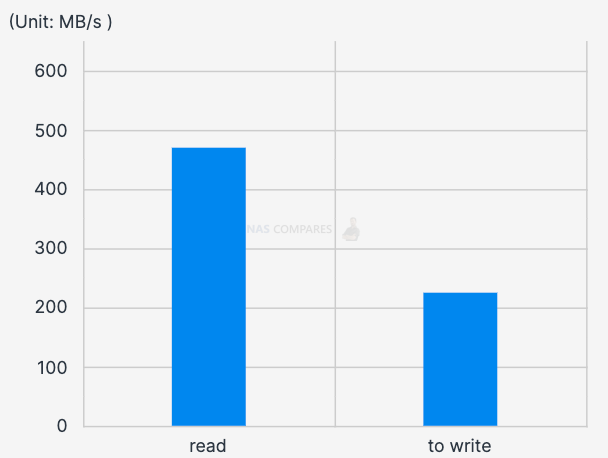 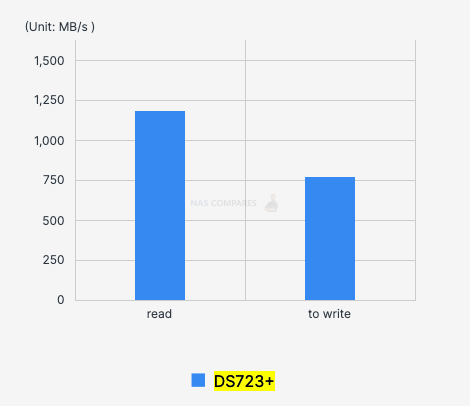 Synology drives (Toshiba) have been tested up to 18TB capacity. 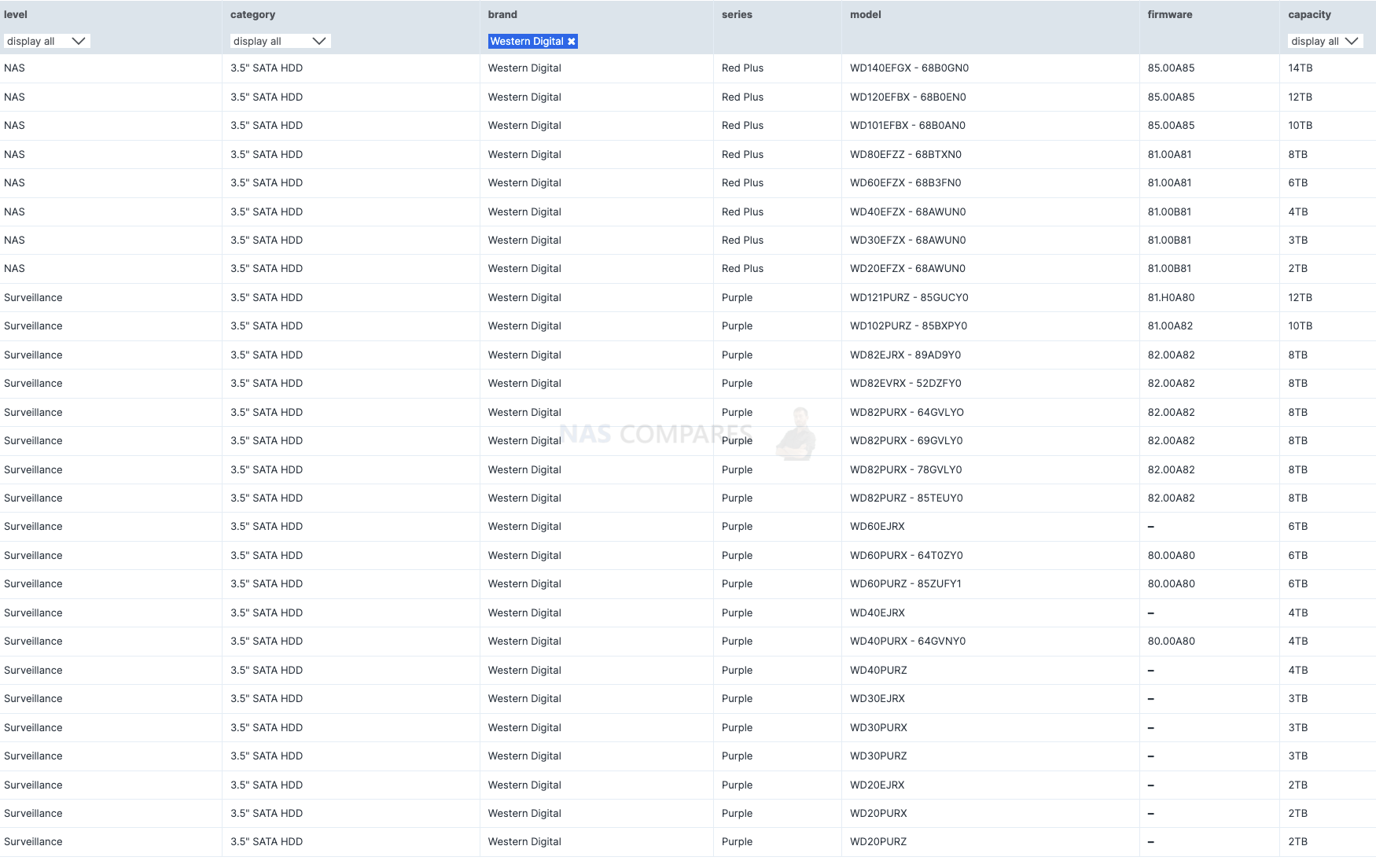 Seagate drives have been tested up to a capacity of 12TB. This included Skyhawk and Ironwolf drives.

Can I use drives (HDD/ SSD) that are not on their list.

Yes, Synology have promised that Plus and Value series NAS such as this will have no software lock on drives that they have not tested and added to the list. There might be a warning message that drives are not from the list though. Their support level might change based on this.

Overall, there are big changes on the Synology flagship model. You get ECC memory that is very useful for web servers, VMs, and overall stability. Additionally, you also get NVMe with improved speeds up to 2GB/s, which can be used for caching or storage (good for video editors). However, currently, there is no permission to install DSM on NVMe.

The lack of a GPU chip is disappointing, but perhaps the DS223 will have transcoding capabilities. If not, the recently-released DS223 has a Realtek CPU and can handle 4K using the Synology app. Plex will only allow 4K locally.

Lastly, there is a 10GbE upgrade option. This will allow people to use a 2-bay NAS to edit 4K videos, or for faster file backups. In business environments, 10GbE connections will allow more people to access their data faster, as they no longer need to share a 1GbE lane.

If you like this service, please consider supporting us.
We use affiliate links on the blog allowing NAScompares information and advice service to be free of charge to you. Anything you purchase on the day you click on our links will generate a small commission which is used to run the website. Here is a link for Amazon and B&H. You can also get me a ☕ Ko-fi or old school Paypal. Thanks! To find out more about how to support this advice service check HERE   If you need to fix or configure a NAS, check Fiver   Have you thought about helping others with your knowledge? Find Instructions Here