Hi, follow your channel. Wish I did before I purchased a Netgear NAS – tis done though.

Watched a video on a consumer/android NAS – was wondering if you had thoughts on it for a future episode.

The pricing looks good for what it is, home use for mainly media playback and file backup. Do the specs look reasonable to you?

This is a very interesting media player. They have combined NAS and Android TV into something easier to use and understand. Similar to Qnap NAS you can stream directly on your TV using HDMI connection and also stream on other TVs and mobile devices via Ethernet or WiFi. Everyone knows how to use Android so people don’t need to learn how to use it. As long as you know how to use remote you are ready to play. HDMI2.1 is actually outcompeting Qnap with its HDMI2.0 and also Asustor with HDMI2.0a. So not only regular 4K but even HDR 4K can be streamed via HDMI. 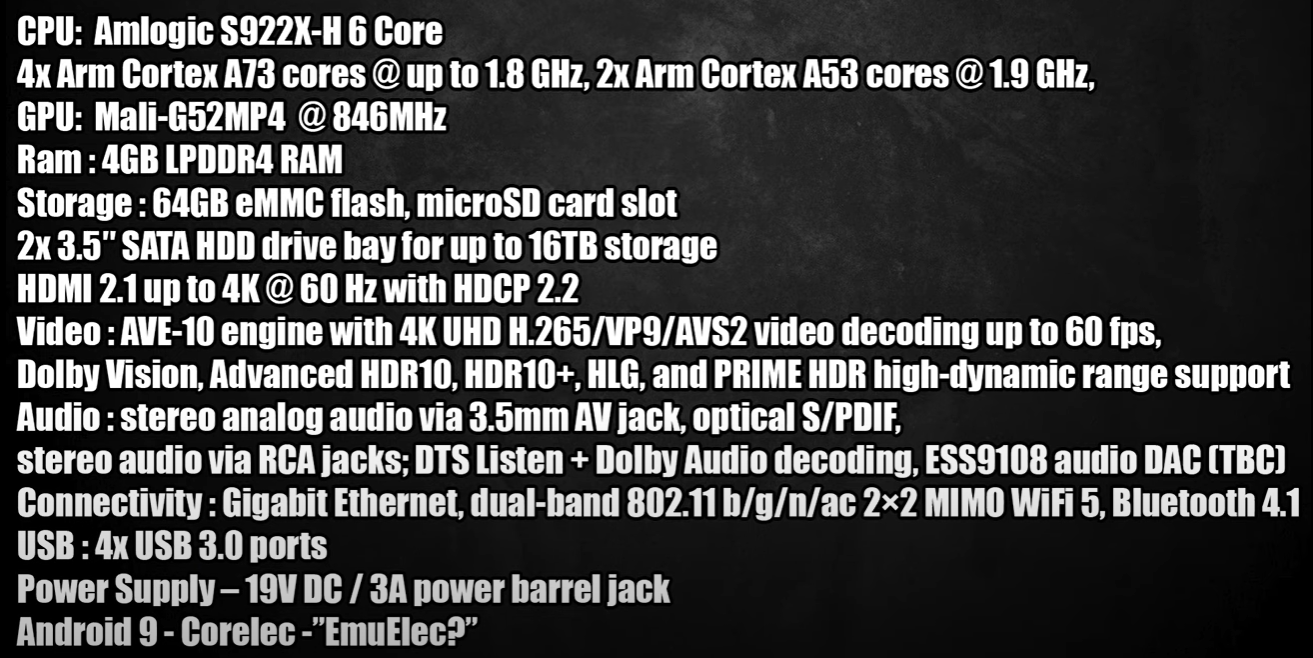 But if you want to stream something over the internet, then this processor will not cope very well. You will need at least Celeron based NAS like Qnap TS-251D / TS-253D. You will also get other apps that Android can not offer.

Apps like Surveillance, Web/DB server, virtualization, MAC and Windows backups, and even more advanced video player and organizing apps like Plex and more.