I am kind, lost between Netgear Orbi, and Synology mesh system.

Which one is a true Wifi mesh system? Which one is the best performance when it comes to Wifi speed, and coverage? Is there a huge difference, between 2ac2200 vs ac3000?

I was planning to get:

Both of these WiFi systems are very similar. Higher frequency will potentially give you more speed for data transfer in your local network.

But a real game changer is WiFi 6. It will send signal towards the devices which need internet instead of simply broadcasting everywhere. It is also faster because it can serve many devices simultaneously not one device at the time. Orby RBK852 does feature this technology.  The speed of your WiFi will be exactly the same on all routers if your Broadband speeds is less then 200Mbit.

In this comparison you need to justify extra money spent on Synology and is it really worth it. The answer is yes. You probably do not even need two MR2200ac mesh points. The base station can cover very large area of the house. The additional mesh point could be placed only in dead zone. Both systems feature Ethernet out ports allowing you to have Ethernet without running the cable.

You also get a mobile app which is very useful to control the access and manage the traffic  on your network. 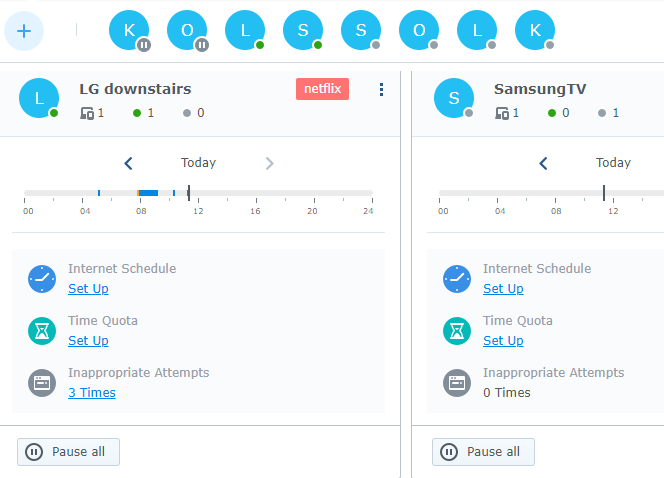 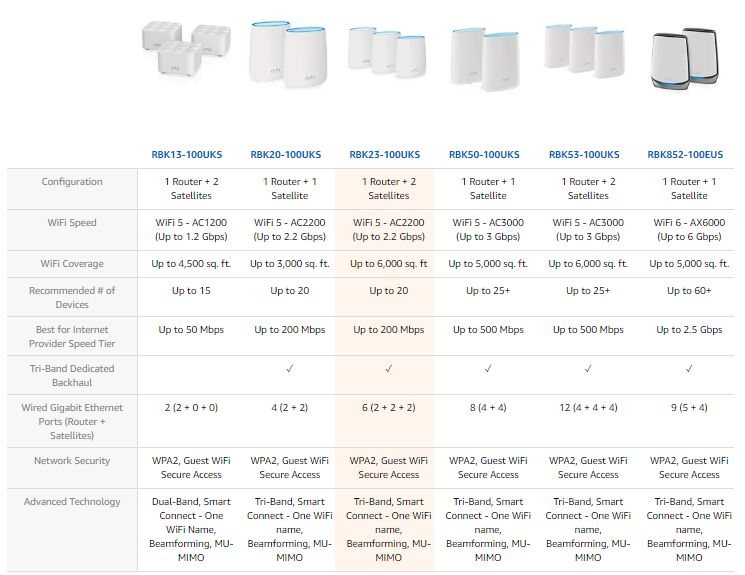