I’ve decided to go with TS-251B (2GB) till today when, checking their website, surprise, there’s a new model out: TS-251D. The latter has better specs, etc but there is something missing: the audio output jack!
Since the QNAP integration with Alexa/Google Assistant for playback is missing or limited (via IFTTT) I was relying on the audio jack to connect my Qnap to a sound system and play control the music playback from the phone.
My questions are:
1. Can i hope Alexa/Google assistant integration playback for music to be improved?
2. Could there be any workaround for music playback if the audio jack is missing
3. Are TS-251D advantages really worth(price-wise are somewhat similar)? Leaving aside the HW specs I take importantly the fact that it’s newer and it will receive updates and support for much longer time…

There are quite few differences between TS251b and TS-251D. The biggest obvious difference is indeed lost Audio and Mic ports. This indeed might upset people who relly on such a connection. But if your audio system do come with HDMI port, you might very likely connect to it via this port. On Qnap HD station audio system will be recognised and ready for configuration.

Google Home and Alexa connectivity improvement is somehow stuck. They might be waiting for third party app creators resolve this issue.

Regarding CPU, there 15% performance increase and build in new generation Intel® HD Graphics 500 which will improve things like video transcoding and virtualization.

New model have also switched to a new generation DDR4 random access memory speeding up user interface and apps. Maximum upgrade is still 8GB, but you might go higher with Crucial RAM.

There is also noticeable improvement with PCIe slot. Old X2 is being replaced by faster X4. This will allow installing PCIe cards for NVMe SSD cache as before you would not notice much difference between regular SSD and NVMe due to the x2 bottleneck.

A massive improvement is their new HDMI2.0 port allowing you to stream UHD 4K. Before you would be limited to the 30HZ option, but not any more.

Built-in speakers are also gone, but no one really found it useful to hear when NAS is rebooting etc. 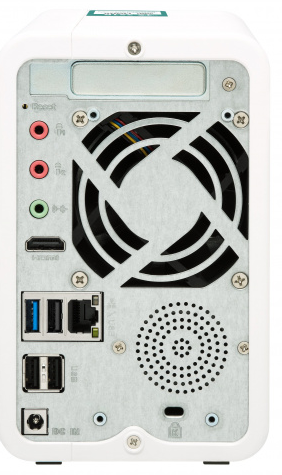 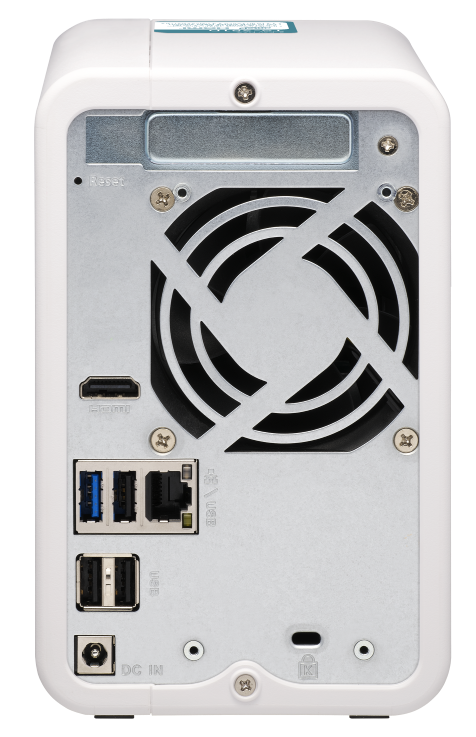