Just wished to thank you again for your advice as I replaced my DS215J with a DS920+….

What I encountered was the 920+ would not play 40% of the MKV Files that worked fine from the 215J… A Ticket to Synology revealed a reason I had not read previously ….. Patent Issues!….and wished to share with you…. And FYI it was not just audio… the MKV’s would not play at all…..

Hi,
It’s likely the videos that can’t play are using the DTS or EAC3 audio format, which Synology doesn’t currently support due to patent licensing issues.

More information about this, including how to fix this issue, can be found here: https://kb.synology.com/en-us/DSM/tutorial/Why_can_t_I_play_videos_with_DTS_or_EAC3_audio_format_on_Video_Station

Why can’t I play videos with DTS or EAC3 audio format on Video Station?
Diagnosis
Video Station currently does not support the playback of the audio formats below owing to patent licensing issues:
• All DTS audio formats, including but not limited to DTS and DTS-HD
• Partial Dolby Digital audio formats, including but not limited to Dolby Digital Plus (EAC3) and Dolby TrueHD
Resolution
Try the following solutions when you encounter problems playing videos with the above-mentioned audio formats:
• Convert the unsupported tracks: With third-party audio converters on your computer, such as XMedia Recode for Windows and Remux for Mac, convert the audio tracks to supported formats like AC3 or AAC.
• Play the videos with a third-party media player
o For mobile devices: Download a third-party player and play the videos on DS video; VLC media player is available on both iOS and Android devices.
o For computers: Map a network drive that contains the videos and play them with media players such as VLC media player. Refer to our knowledge base articles for mapping a network drive on Windows or Mac. 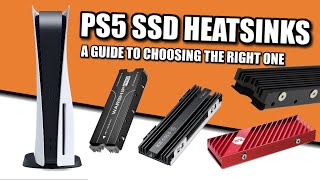