I am trying to work the best NAS for my needs. I am looking for a NAS that can give me virtualisation with possibly two vm’s. But also need the ability to run & transcode 4k files. I currently own a DS509+, which cannot play all file formats in terms of video and is now stuck on the older version of the DSM iOS, so cannot take advantage of the newer applications that are available.

I listened to one of your reviews where your colleague said the DS3617XS was the best transcoding NAS that he had come across. How does the DS3018XS & DS918+ compare to that?

Once decided I will be looking to buy two machines as I have a client who will be following my recommendation.

Note I use my DS509+, heavily for the video, photo, back up features, DS Cloud, data storage. etc

DS918+ has built-in transcoding engine, which helps with file conversion on the fly without affecting other users with their tasks. This NAS comes with Quad-core Celeron CPU which is powerful but not enough to handle all 4K media. It will struggle with some really high bitrate videos and 10bit formats. With Plex, it will be even worse. It will do only a few 4K video format transcoding. But remember, you might not need transcoding at all. For just streaming the original file, DS918+ will o good job with any file. 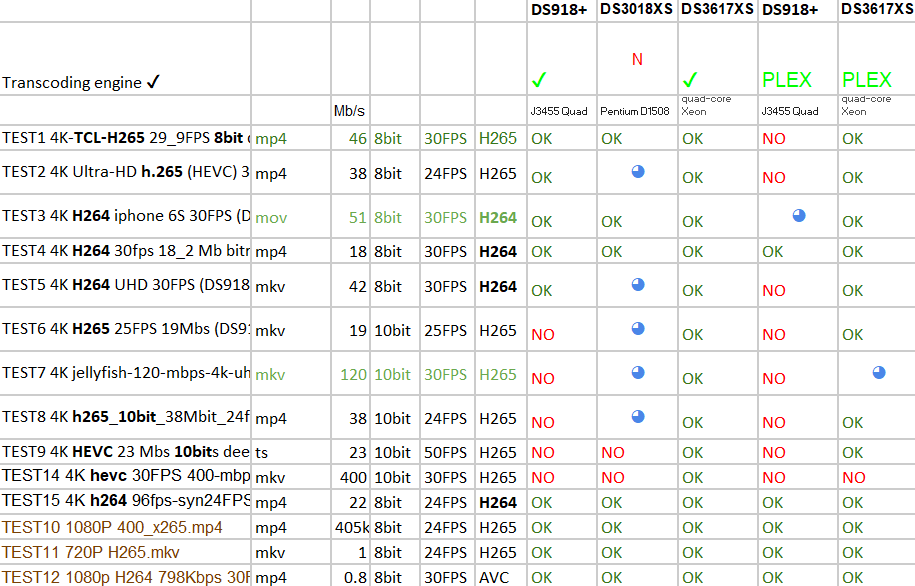 Find regulary updated NAS offers here
Of course I would prefer you choose AMAZON UK AMAZON USA to buy your perfect solution, however, if you would rather buy locally, please use the links used above to take you to your local Amazon store and help support this free advice service with ad revenue. More ways of supporting the blog are described HERE