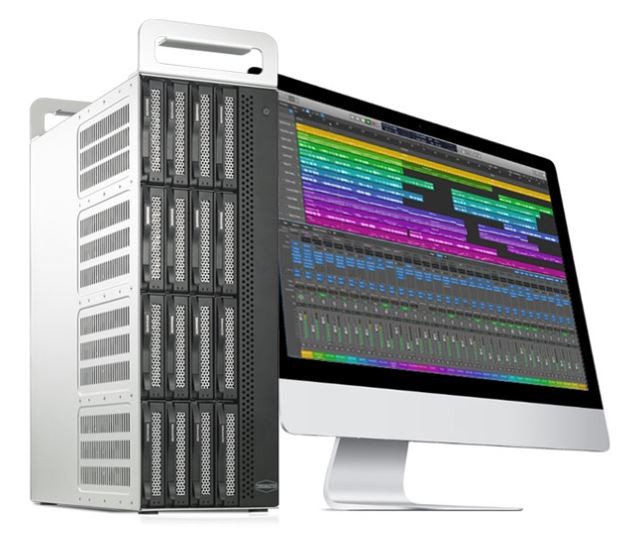 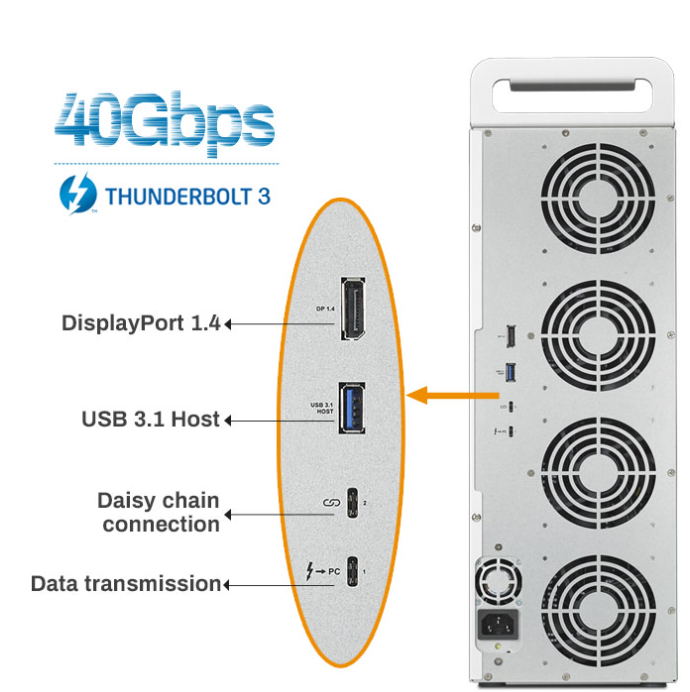 Drawing on a pair of Thunderbolt 3 interfaces (40 Gbps) and a hardware RAID controller, the D16 Thunderbolt 3 can operate at transfer speeds of 2817 MB/s under RAID 0 array mode. Under RAID 6, the device can achieve a speed of 2480 MB/s.

The time needed for virtually every aspect of the post-production workflow falls when using the D16 Thunderbolt 3. At lightning speed, users can transfer several hours of footage from a Blackmagic® device to Adobe® Premiere Pro. In turn, with uncompressed HD 10-bit and 12-bit video, users can edit the ProRes 422 (HQ), ProRes 4444 XQ, and other data streams. Thumbnails and preview rendering are significantly more responsive when using large items with numerous high-definition clips.


Peace as a priority

To support designers, a non-coded storage device must be quiet. D16 has a high-quality silent fan and specially optimized interior structure, that effectively increase the internal air flow of the device to reduce the working temperature of the hard disk while greatly reducing the resonance between device components. Even under full load, D16 can thus still maintain a satisfactory low noise level.

TerraMaster’s 16-bay D16 Thunderbolt 3 is compatible with 3.5″ SATA disks and 2.5″ SSDs, allowing professionals to capitalise on a total storage capacity of up to 288TB. As a result, you can be assured the device gives you the tools you need to overcome any storage challenge.

Using one cable, Thunderbolt 3 enables users to daisy-chain more than five devices to their computer. As a result, users can achieve an enormous 1PB capacity by linking together six D16 Thunderbolt 3 devices. 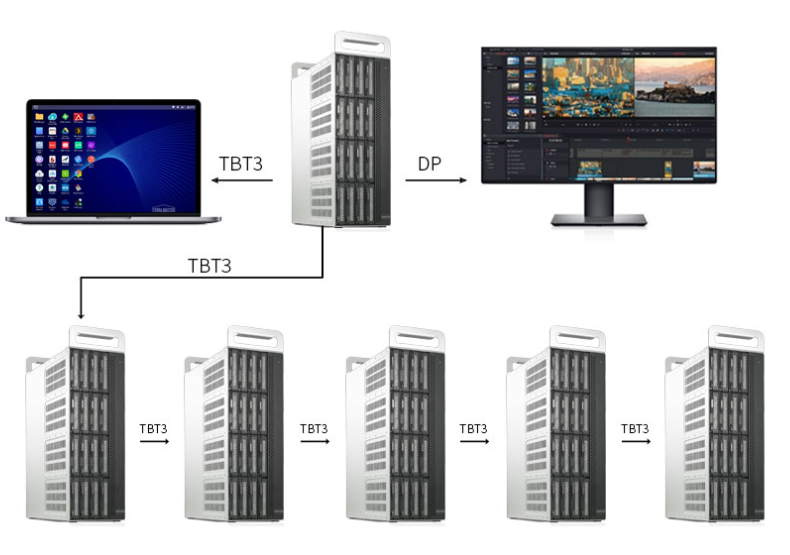 The D16 Thunderbolt 3 can operate with RAID 0, 1, 5, 6, 50, and 10, as well as JBOD disk array modes for all your application needs. This underpins the all-important concern for guaranteed data security, and it ensures that your storage capacity is utilised in the most efficient way possible.

Replacing lost content is inconvenient, costly, and, ultimately, unworkable for all professionals. Therefore, with the D16 Thunderbolt 3, TerraMaster has not comprised on its use of state-of-the-art storage technologies to ensure data safety and security. Now, freed from concerns about inadequately protected data, users can focus on what matters to you.

The Ideal Companion for All Professionals

Given its compactness, its large storage capacity, and its lightning speed, the D16 Thunderbolt 3 is ideally suited for the most demanding applications, including 4K video editing, as well as seamless 4K streaming. Other users, especially those with strict speed and storage requirements, will find a valuable partner in this device.