Thunderbolt 3 has been around for a number of months now and has been causing quite a stir. Connected via the USB Type C port type, it has been a fast luxury that is being enjoyed by Window users almost exclusively – till now! The release of the latest MacBook Pro for 2016/17. So, what is the big deal? What has taken so long and why is Mac suddenly making the switch to the popular USB-C port on it’s latest Mac release? Find out. 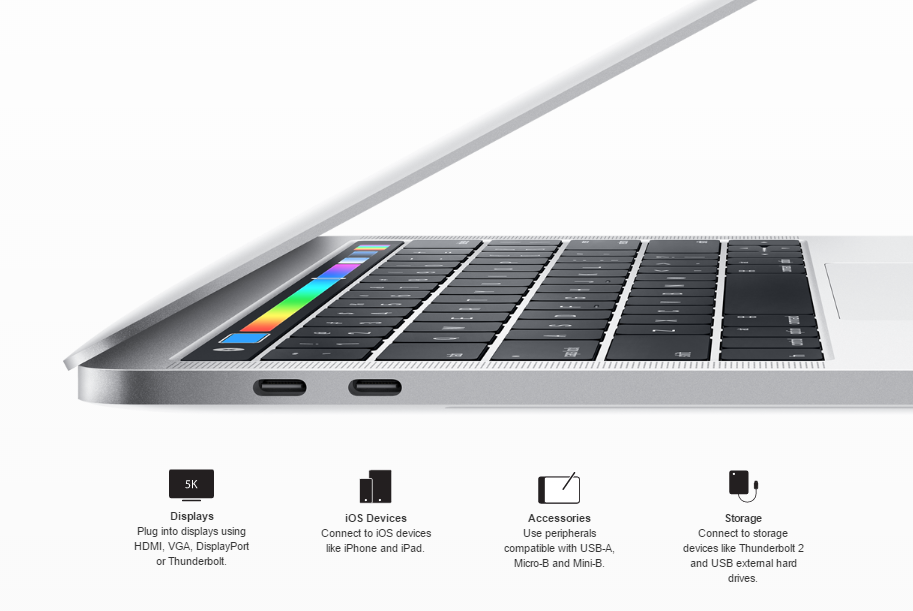 What is Thunderbolt 3 and USB-C Type? And why is it important to my MacBook Pro?

The first thing you should know is that Thunderbolt 3 provides a connection with remarkably unique speed and versatility which helps it achieve speeds that most other connections could only dream of. It provides twice the bandwidth of Thunderbolt 2 (which even then lived at a more than impressive 20 Gigabits per second) as well as consolidating traditional data transfer, video channeling and charging of multiple devices into a single compact connector – USB-C. It is that last detail that really pulls Thunderbolt into the mainstream of most users as it provides a bridge between the new and the old with connectibility with that old warrior of the IT world… USB. Though to connect USB A and USB B type devices, you will need a cross over-cable to access USB C. 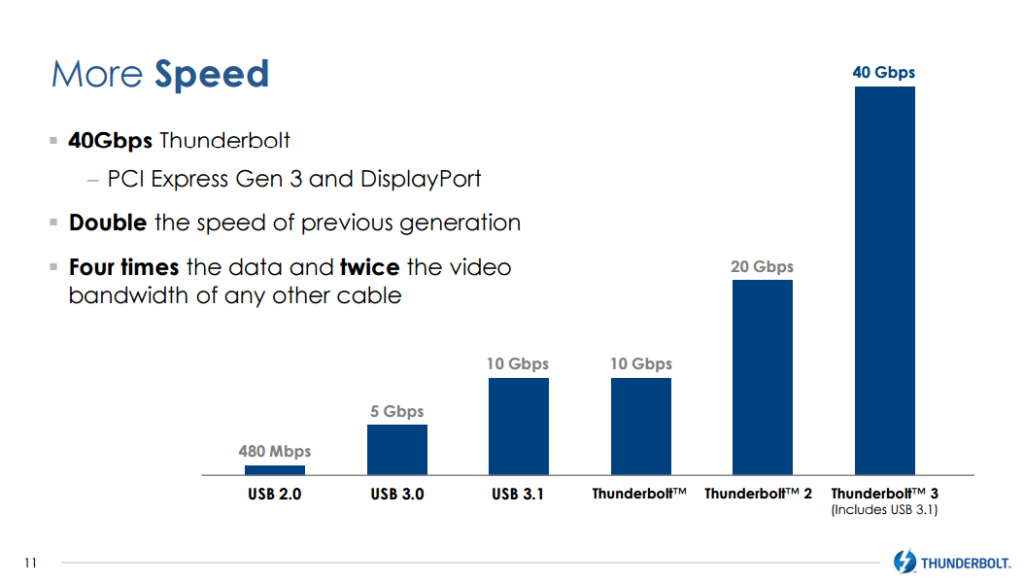 Back to the point though, the ability to transfer data up to 40 Gbps (so, two times faster than Thunderbolt 2 and eight times faster than USB 3 at it’s conservative 5GB/s) , TB3 delivers that lightning fast connectivity to any docking station, display device or USB Type C device. As well as this welcome upgrade, you can daisychain like previous iterations of thunderbolt with up to six Thunderbolt devices through a single Thunderbolt port, neatly avoid a switch or connection hub and keeping your desk both efficient and tidy. In practice it means that you connect a Thunderbolt 3 device to your MacBook Pro, then a Display device to the Thunderbolt 3 Device and no need to complete the ‘circuit’, the mac will communicate with the display monitor through the Thunderbolt 3 device in the middle with zero slowdown. 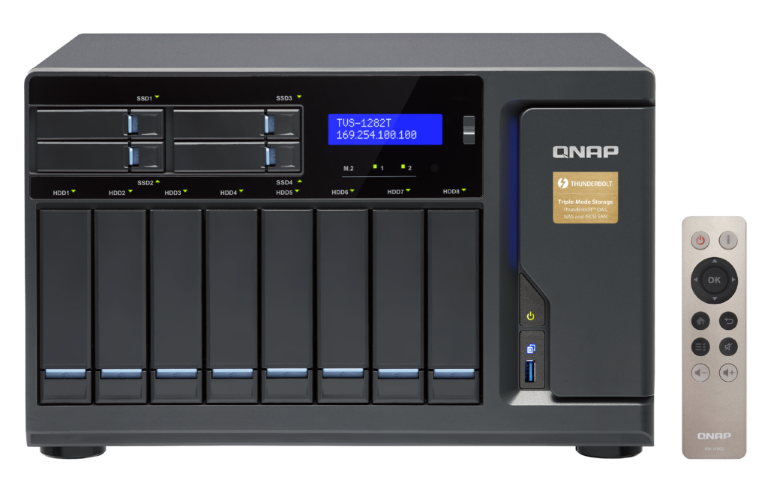 Think this, but with 6 devices in the chain ranging from charging docks and PCIe External expansion boxes for a graphics card to external LaCie HDDs and maybe even the QNAP TVS-1282T- All the while maintaining that powerful throughput. Though don’t forget that including a Thunderbolt 2 device into the chain does not automatically grant it 40GB/s, it will still hit the maximum 20GB/s of Thunderbolt two.Luckily, both MacBook Pro releases are available with four Thunderbolt3/USB-C ports, so you can do all that from either side in case your daisy chain is a little more spread. Existing devices are easily connected with a cable or adapter from companies like Startech.com and with the physical benefit that Thunderbolt 3 over USB Type C is reversible, so no matter how you plug in, it’s always the right way up – no more fiddling with upside down cables around the back of your devices.

What does that mean in real terms? Just how fast is Thunderbolt 3 for Mac? 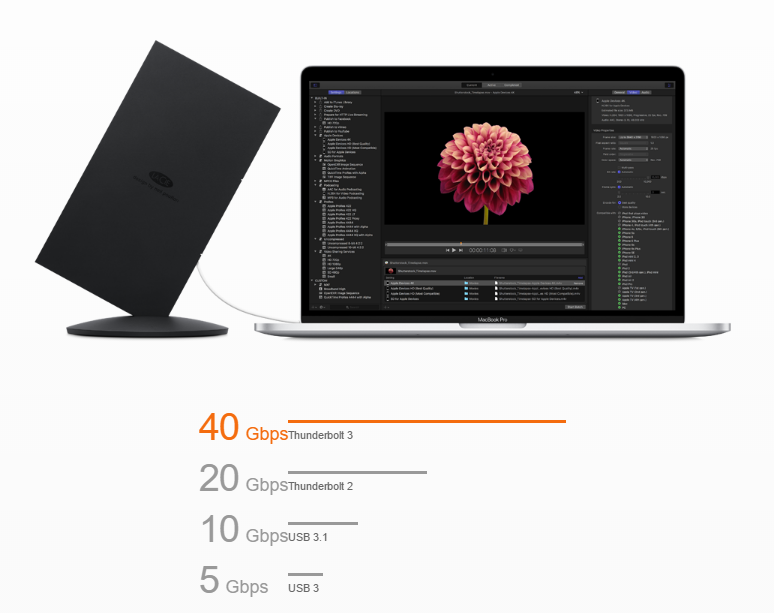 The short answer, is it’s FAST… I mean really, REALLY fast. For external connections and ability it really is unparalleled in the industry. Apple themselves state that in the Mac Book Pro, it provides speeds in everyday use of upto:

Outside of the data transmission measurements of most cables, Thunderbolt 3 also provides twice the display bandwidth of connected visual devices like HD and 4K monitors of Thunderbolt 2, enabling it to support two 4K displays or one 5K display, a must for both the aspiring and the establishing photo and video editing professional.

As if that isn’t enough, as the MacBook Pro (15″) arrives with two Thunderbolt controllers inside, you can send graphics to dual 5K displays simultaneously, providing lag free perfect high-res photo and video display for your editing setup. Alongside this for those looking to still utilize their existing display setup, Thunderbolt 3 also connects natively to all displays and monitors with DisplayPort and Mini DisplayPort for full backwards compatibility, while supporting HDMI and VGA displays with the use of an adapter available from Startech and more. 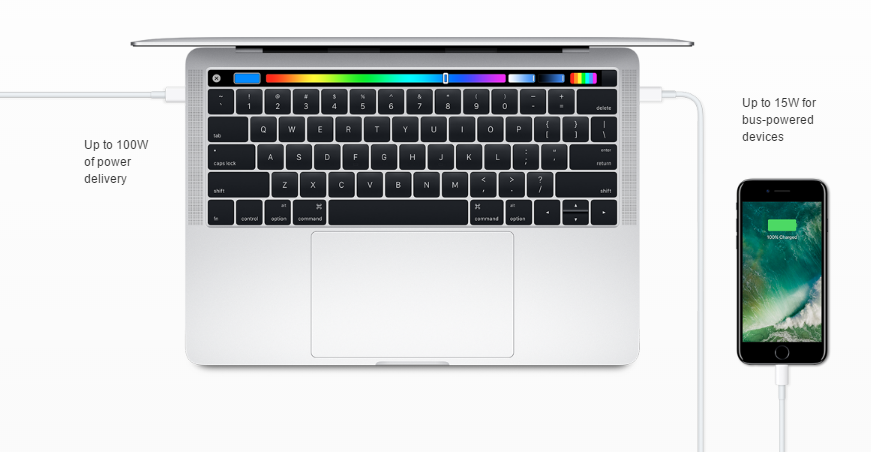 Aside from all the things mentions, there is a couple of other important differences between TB2 and TB3. With Thunderbolt 3 on the Apple MacBook Pro, a single USB-C port on the device can deliver power in both directions. So a port can charge a device or, alternatively, be charged by one. And it’s capable of delivering up to 100 watts of power, so a single cable can be used to connect to a dock or display and charge your MacBook Pro simultaneously. For those of a mobile nature, this is a real plus and given it is fully backwards compatible with Thunderbolt 1 and Thunderbolt 2, as well as being connectable to USB 3.1 Gen 2, USB 3,1 Gen 1, USB 3.0, USB 2.0 and USB 1.0 – though you will need a cross over cable (very inexpensive and widely available) to switch to USB A, USB B, Thunderbolt and DisplayPort. Once again this is due to Thunderbolt 3 connecting via USB-C technology, a truly universal connection between different protocols and devices, so you can connect just about any of your devices, including your older TB2 setup and devices. 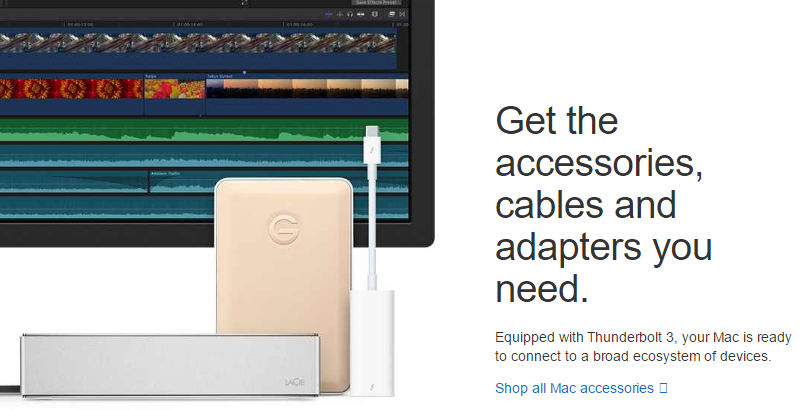 What Accessories are available in Thunderbolt 3 for Mac? 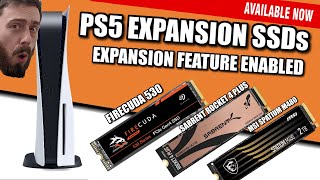 PS5 SSD Storage Activated - Which SSDs Should
Seagate Firecuda 530 VS Sabrent Rocket Plus P
Seagate 20TB HDDs, 50TBs by 2026 and 100TBs b
Seagate M.2 NVMe SSD Buyers Guide
Synology Router - How To Power on you NAS and