QNAP or Asustor NAS – Which should you buy?

When buying your first in NAS server device, it can be awfully confusing choosing the right brand for you. Key factors that people consider are hardware, software, cost, reliability, support and reputation. Many NAS users who are buying their second NAS have all too often made a mistake the first time around and invested poorly, so this time they want to buy a new NAS in order to do bigger and better things as the months and years go by. They want (as you do too) a NAS provider that can be as innovative as your imagination takes you. In the last 2 years, two brands that have been at the forefront of innovation in terms of hardware and 3rd party cooperation are QNAP NAS and Asustor NAS. 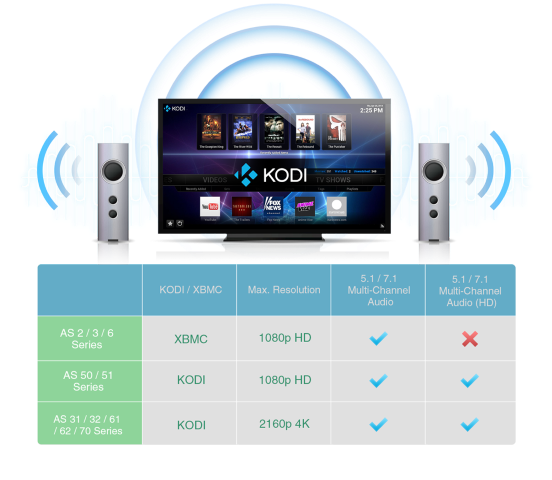 These two brands have often been the only two able to support otherwise incompatible third-party software and therefore create a more cohesive and collaborative work environment in the home or office. But which NAS brand is best for you, which brand has the best NAS server suited to your needs and ultimately which NAS brand is best QNAP or Asustor? 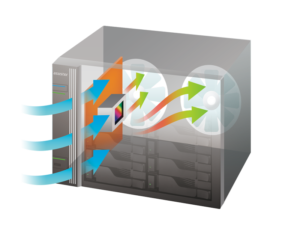 In terms of design, Asustor and QNAP may seem very similar indeed on the images you find on numerous e-commerce websites. However, it isn’t until you look at specifications such as dimension material and weight where you start to see the big differences between QNAP and Asustor. QNAP NAS is typically more industrial in design, noticeably heavier but typically smaller in size overall (though deeper, to accommodate the internal hardware). Asustor, on the other hand, is a little bit more plastic when compared with the QNAP NAS range. You see a great degree of LED and LCD panels on the entire Asustor series compared with the QNAP in the two bay range. QNAP typically provide this level of information on 4-Bay NAS and above. Both brands are big supporters of USB 3.0 ports for mounting external storage as a connection of choice and both feature multiple LAN ports on the rear. They are near enough identical but nevertheless, it is worth noting that the QNAP NAS brand is definitely one for your consideration when you want a more metallic designed Chassis. Though of course, don’t forget that if it’s more metallic, it will make more noise.

In terms of price, both QNAP NAS and Asustor NAS servers are very similar indeed. Previously when I have compared different NAS brands I found that in terms of hardware, QNAP almost always wins. However, in the case of Asustor vs QNAP, things are significantly different, as they have their targets set on the same audience. Both brands were the first to introduce the popular Intel J series quad-core CPU (J3455) which has now become very mainstream for home and SMB NAS In 2018. Both NAS brands were the first to introduce DDR4 memory to the mass NAS market (something other NAS brands would soon adopt). Both QNAP and Asustor both feature HDMI ports in 2.0 and 1.4b, as well as both NAS providers featuring PCIe expandability, remote controls and a whole host of applications available locally as well as network and internet. So in terms of price, both of these NAS brands feature similar hardware options and at a similar price point. Below are several compared NAS devices from each brand to show you how similar these devices really are, be sure to take a good look at the price for each hardware setup, as that makes all the difference.

Ultimately in terms of price I’ve got to give this round to QNAP NAS. Although the prices between an Asustor and QNAP are very similar indeed, there is no denying that point for point hardware vs price, the QNAP does end up slightly better value overall.

Here is an area in which QNAP and Asustor have started with the same plan, but ended with completely different results. If we begin with what is similar between QNAP and Asustor, both feature a comprehensive user interface that it’s been regularly updated. Both have a host of RAID options, backup options, third-party cloud migration tools and multimedia applications readily available for free in their own app stores. Likewise, both brands have several mobile applications for Androidand iPhone devices in their respective stores, around 10 to 15 on each platform. However the key distinction between QNAP and Asustor now comes down to two simple priority – do you want First party or Third party apps? 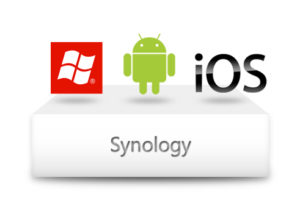 QNAP NAS invested heavily in their first party own brand selection of applications. Everything from document editing software, Livestream applications, Photo and video viewing apps, and their own range of tiered and backup storage options. Additionally, most of their first party apps are free and an entire beta selection of apps constantly updated and developed. This is enhanced further with plugins and connections with apps like Plex and Apple Time machine which mean you can extend your existing setup to the QNAP proprietary apps.
In contrast, Asustor has spent less time developing first-party apps. They have several but by comparison, they have a fraction compared with QNAP,  giving you the ability to view and edit photos videos and music, backup tools, synchronisation tools and a host of apps you would consider mandatory. However, you have to give it to them that their support of third-party apps massively overshadows QNAP. They continue to support excellent third-party applications such as KODI, Twonky, Emby, Plex and more. Although a fraction of these is still available on QNAP,  the support of the third-party apps is still massively in favour of an Asustor NAS. Likewise, moving beyond entertainment, they have streaming multimedia apps, virtual machine software like Virtual Box and gaming emulation applications via Asustor that you would never see on a QNAP NAS today. Members of the QNAP community try to develop these tools unofficially, but as soon as a QNAP update rolls around, many of these often cease to function. So in terms of software, if you’re having difficulty choosing between QNAP and Asustor, just remember, that for first party own brand apps go for QNAP. If you want third party and android store type freedom of application development, go for the Asustor. 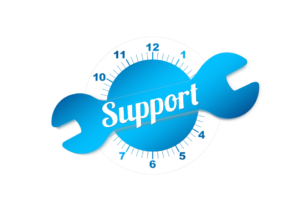 When buying your 1st 2nd or 10th NAS, consideration towards support and warranty are always a big deal. You don’t want to end up spending hundreds or thousands of pounds and then find out within a few months that the item is next to useless. Both QNAP and Synology have a comprehensive warranty system in place, as well as operational repair centres in multiple countries. Likewise, both of them arrived with constant (almost daily) updates to there software to keep them as up-to-date and secure in an ever-changing internet age. Nevertheless, support is more than just make or break scenarios, what if you need support on something minor or day to day things? Which brand provides you with the best information for you on a day by day basis.
It’s safe to say that QNAP probably wins on this matter on simple strength of numbers. With a larger marketing team, a bigger share of market consumption, as well as a brand with more recognition, you are more likely to find a solution to any problem within the mini community forums or official community support websites, such as QNAPclub and QNAPforum. In terms of warranty support repair and replacement, the two companies are near enough identical, so it is worth mentioning that like for like many of the Asustor NAS series arrive with three years of warranty when the QNAP arrives with 2 years. Nevertheless, you really do have to consider how many results you will find to a given issue or problem for a QNAP NAS with a simple Google search when compared with Asustor. There is just a greater depth of knowledge and solutions available online with the QNAP NAS range compared with Asustor. Once again this does lead back to the point about third-party app support and first party app support priority.

Ultimately choosing between a QNAP NAS and an Asustor NAS comes down to how comfortable you are with IT. With little price difference or physical build disparity between them, choosing between them has to be on a software and support choice. QNAP is a brand that has a strong first party software support base and with a better budget for R&D, as well as pioneering work in Thunderbolt NAS and QuickConnect DAS on several of their units, you can see that they are investing heavily in their own wares. Whereas Asustor is a brand that has built a solid infrastructure but used it to enable users to use the apps and programs they are familiar with (Kodi, Milestone, VirtualBox, etc). So when choosing between QNAP and Asustor NAS, just think more about how technically savvy you are and your intended purpose.