Testing the Samsung 980 Pro SSD on the PS5

Now that Sony has enabled the ability to expand the storage of the Playstation 5 in the latest software update (in beta at the time of writing), the range of potential PCIe M.2 SSDs that PS5 gamers are able to choose from is surprisingly vast. The minimum requirements of the M.2 update are 5,500MB/s sequential read (i.e big files), no longer than 22110 in length and PCIe Gen 4 M.2 Key interface in architecture. So, that narrows things down a little, but not by a vast amount. I made a master list of current compatible SSDs for PS5 HERE with help from Reddit users, but today I want to focus on the Samsung 980 Pro, as it is one of the most available, well priced and high performing SSDs that are supported by PS5 right now. The Samsung 980 Pro is certainly supported by the Playstation 5 and in today’s test, I have opted for one of the most affordable capacities, at 250GB, as this is also the lowest reported performing drive in the series and all larger capacities will work the same, if not better. So, lets take a look at the Samsung 980 Pro NVMe SSD and how well it performs in the PS5. 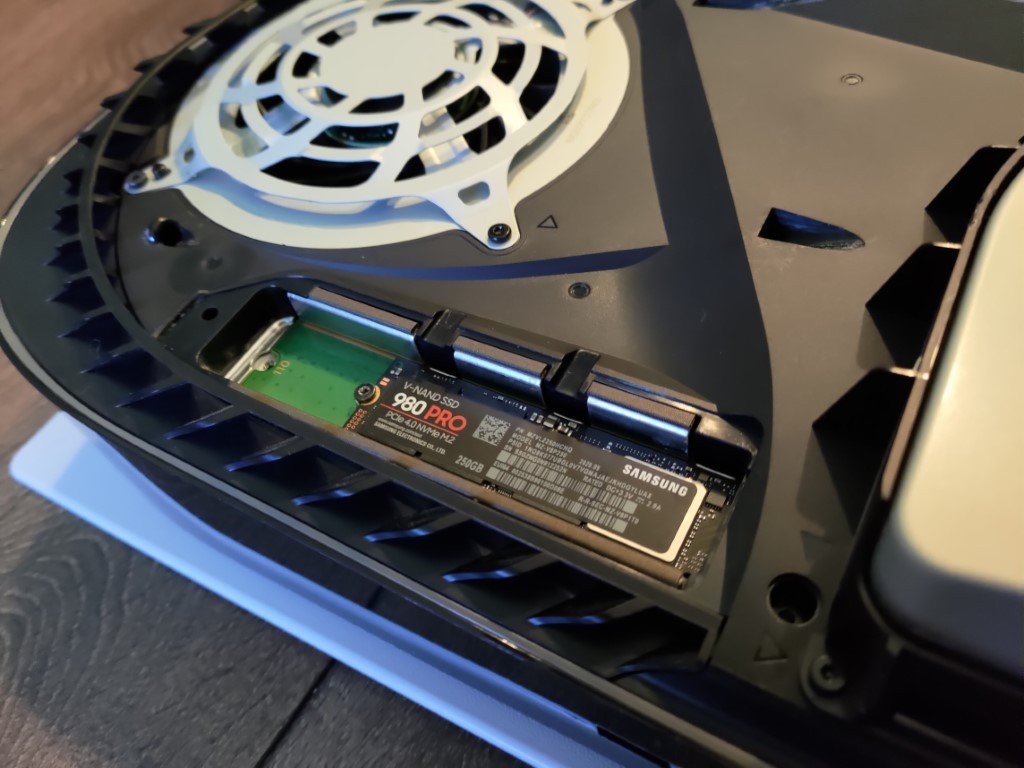 IMPORTANT – In today’s article we will be testing 4 mid-range PS5 games. Bigger and more exhaustive titles (such as Spiderman Miles Morales, Rift Apart and Demon Souls) will be tested in a FULL comparison between the 6 BIGGEST/Most Popular M.2 NVMes that are compatible with the PS5 Expansion slot. Stay Subscribed for those next week! 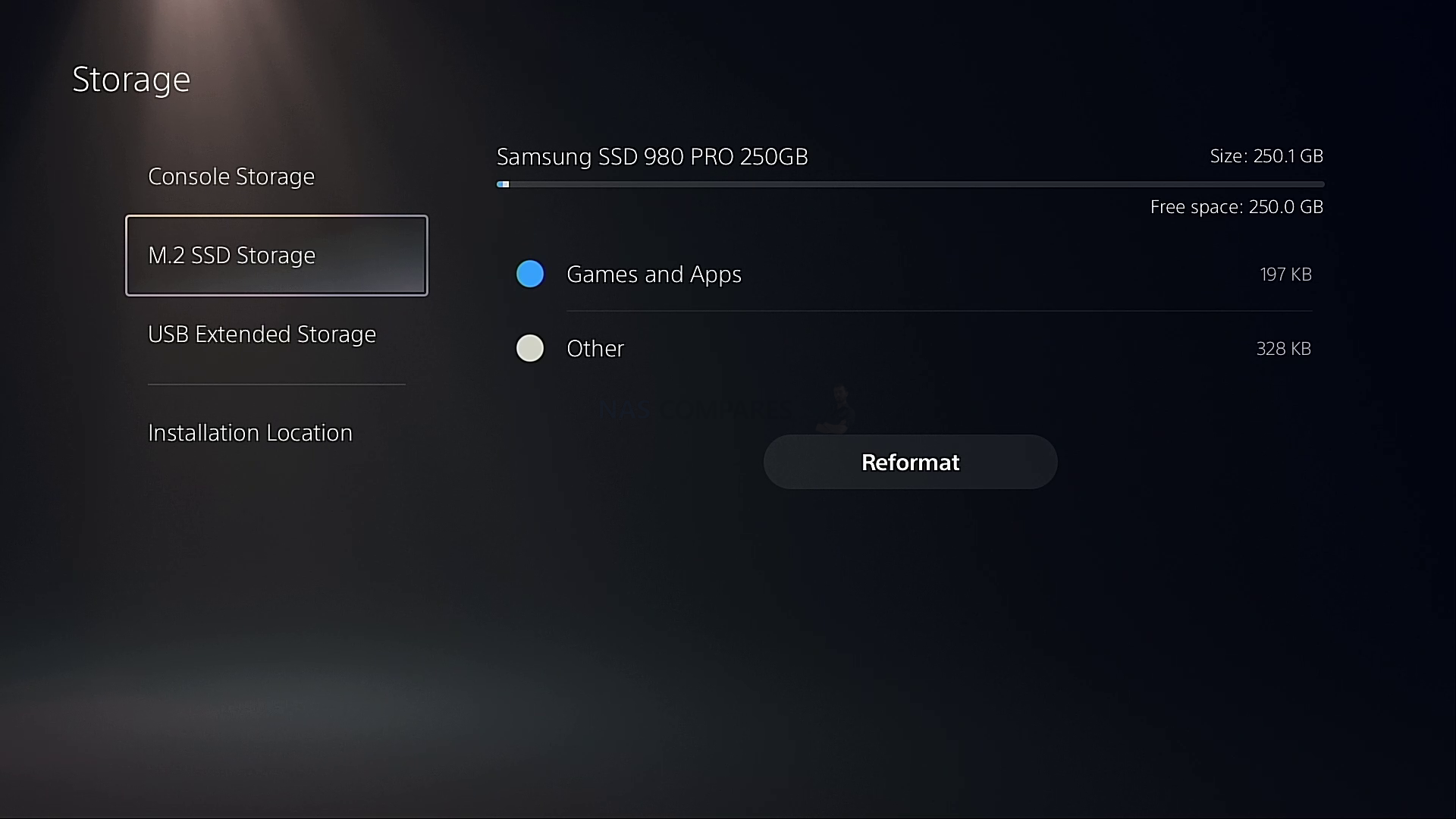 The first test is the easiest. When you boot the PS5 with the Samsung 980 Pro NVMe SSD inside the expansion slot, the system will immediately identify that it is installed and format the drive. Then the system makes a performance benchmark check in order to assertain whether the drive is suitable for PS5 Game use. The Samsung 980 Pro SSD achieved 6,317MB/s Sequential Read on the PS5 internal system performance test. 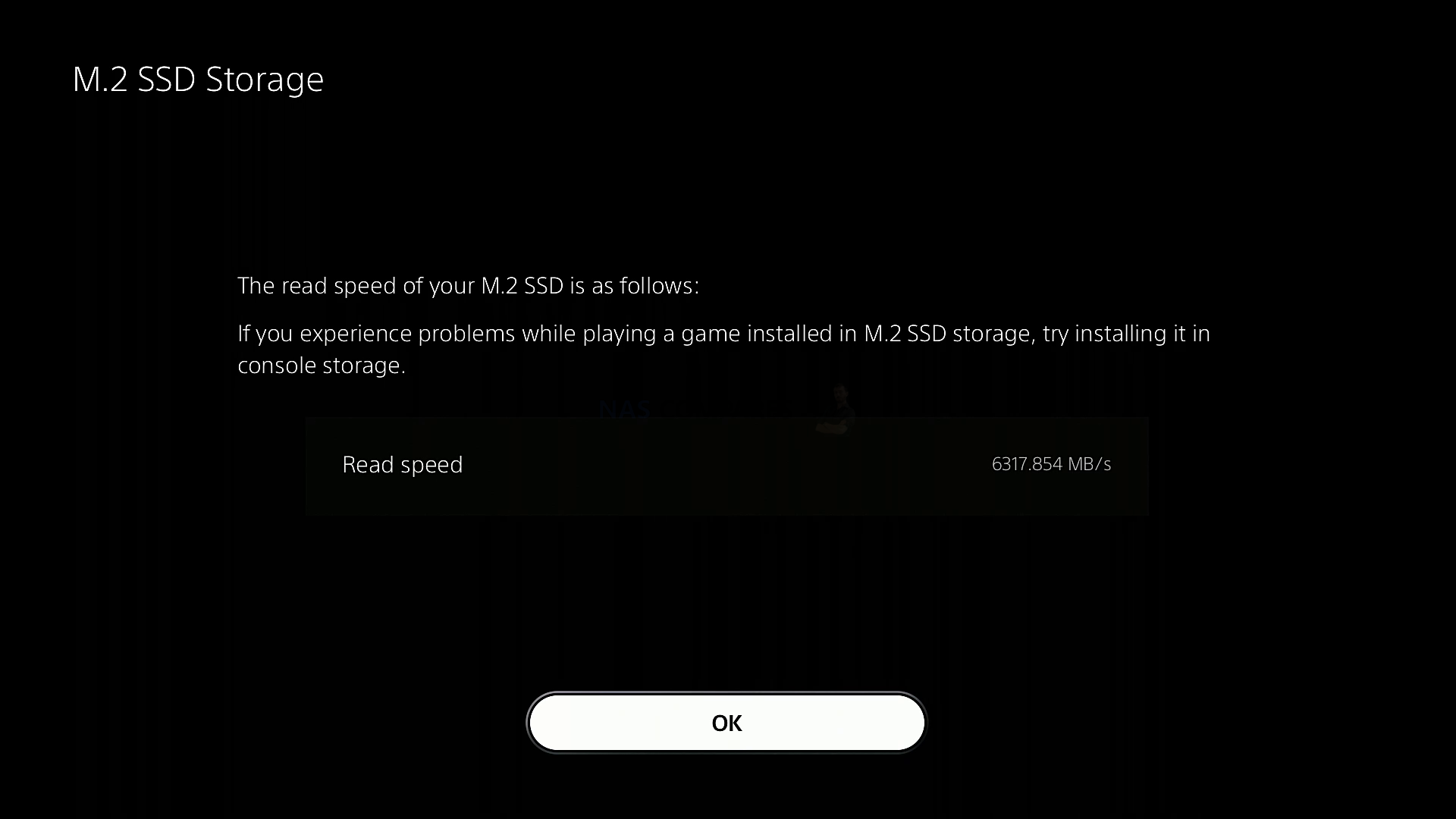 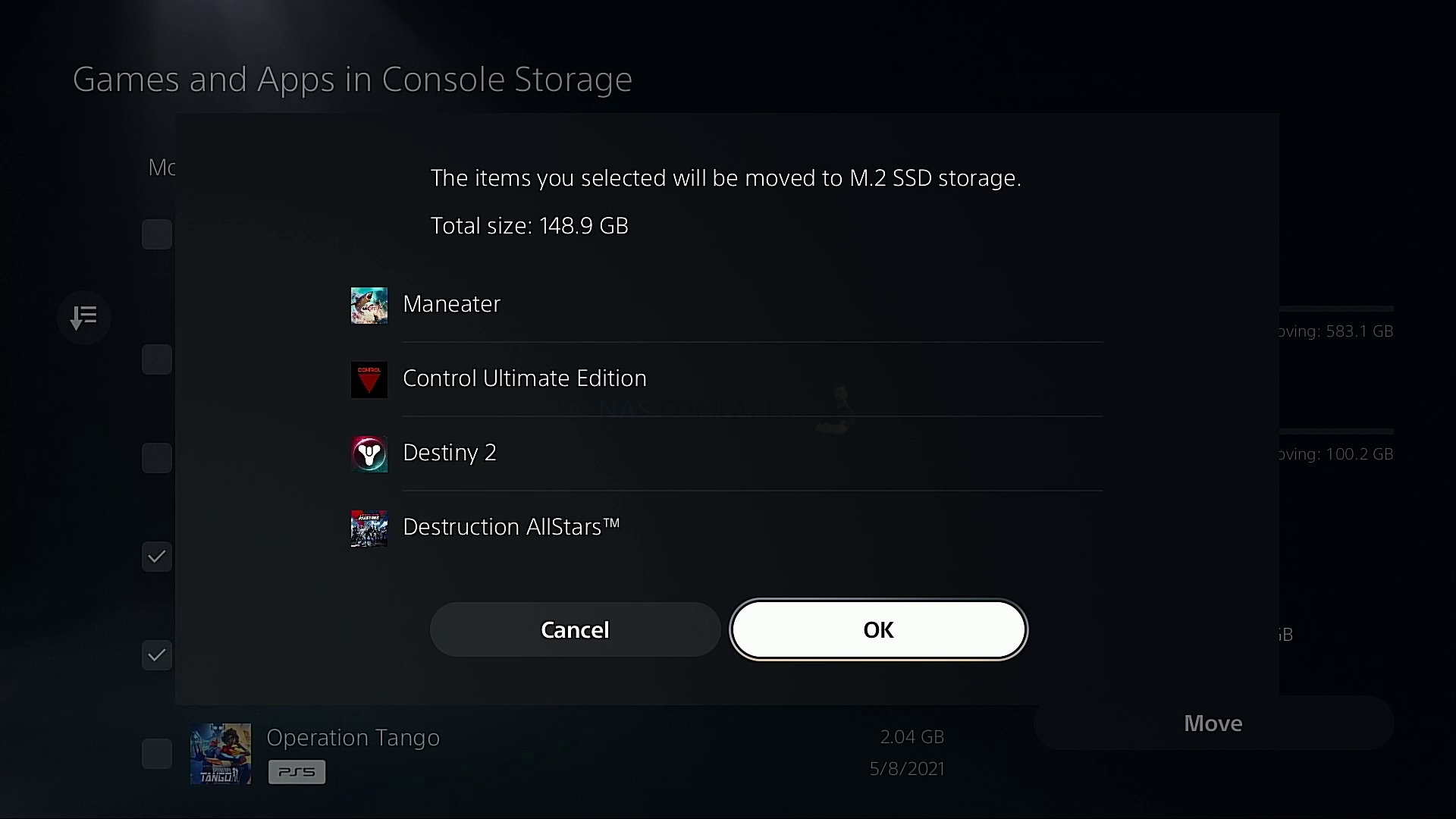 Initiating the move fo these files is very easy, however when files were being transferred (much like in my testing of the PS5 and other compatible SSDs) it was nowhere near the speed I was expecting and in fact it became very apparent that the PS5 system much performs some encryption, compression or bit-checks as the files are moved. The result is that moving games from the internal PS5 SSD and onto the expansion slot with the Samsung 980 Pro took much, MUCH longer than I expects. This is not the fault fo the M.2 SSD and more regarding the clear internal handling protocol and security of the PS5 System. 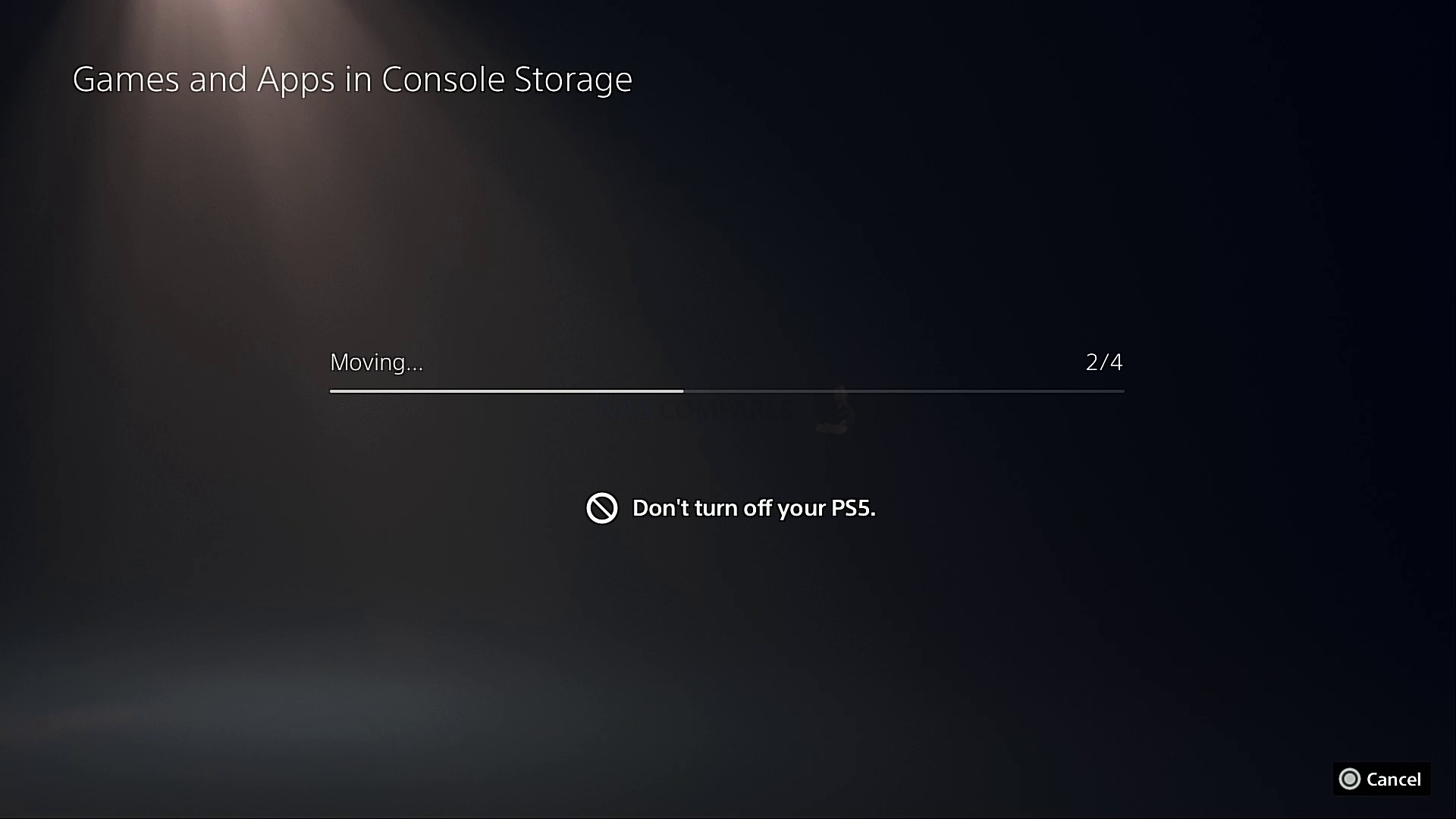 They did move however and once the games were moved onto the Samsung 980 Pro M.2 SSD, the data used was clearly visible in the storage manager. Let’s get on with testing the games. 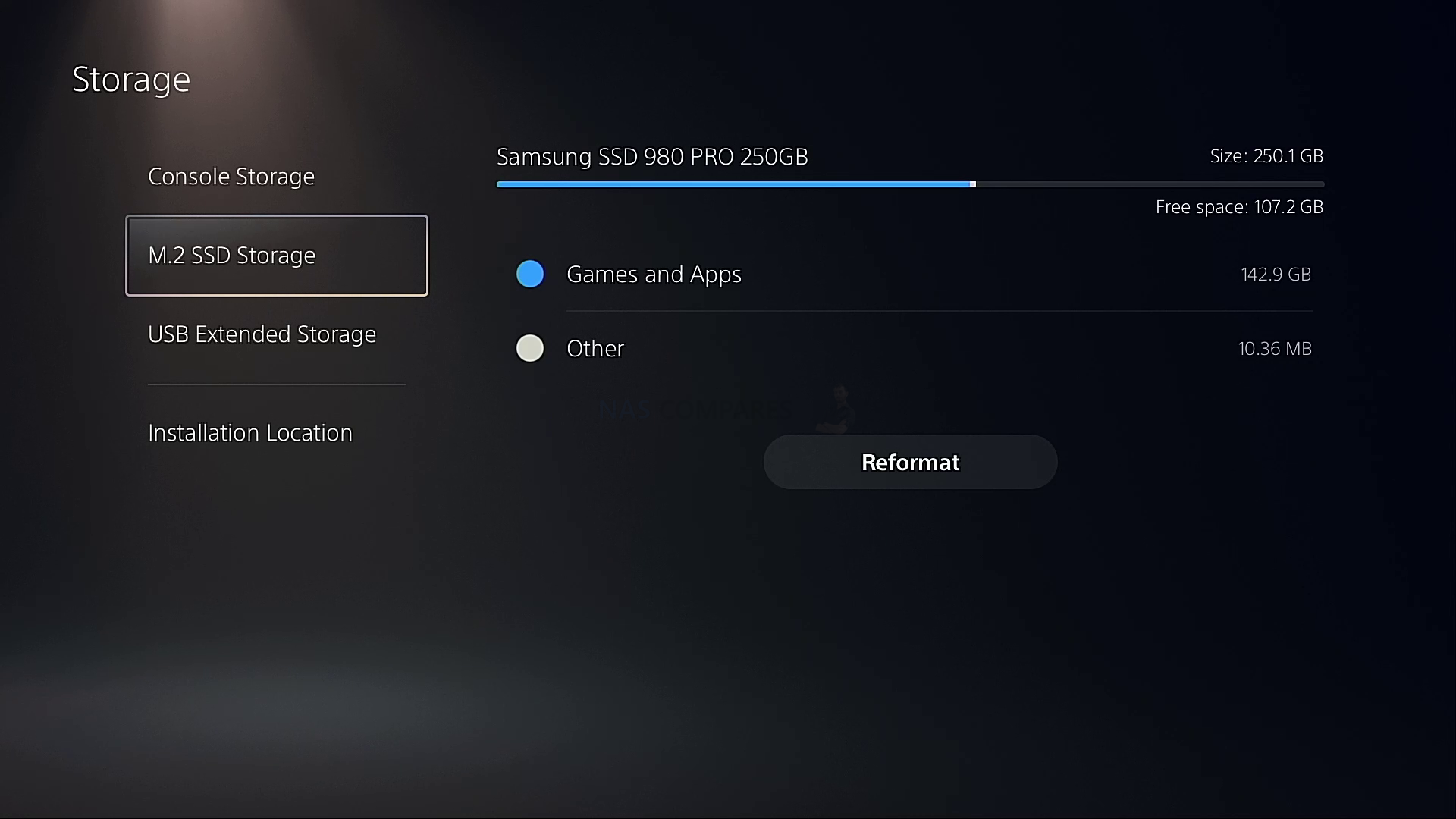 The first game to test on the PS5 and using the Samsung 980 Pro SSD was Maneater. Rather than loading from the main PlayStation user interface, I opted to load the games from their own title screens, as this allowed me to not factor in the publisher and studio logos at startup that are unskippable and therefore would jsut hamper the comparison. Here is how the game running from the internal PS5 SSD compared with running on the Samsung 980 Pro:

Near identical boot up time, perhaps even the tiniest pinch quicker on the Samsung 980 Pro, with the game taking 11.3 secs on the expansion SSD and 12.8 seconds on the internal PS5 SSD.

The next game to test loading times WITH the Samsung 980 Pro SSD on the PS5 was Destruction Allstars. Agin, I started the the timer from the title screen and below is the results o how the internal SSD and m.2 SSD compared:

Both games ran very well, but the game ran the tiniest pinch faster on the internal PS5 SSD than the Samsung 980 Pro, though it was so small that it barely mattered.

Next was loading the game control directly from the PS5 player GUI and to test loading the game into a save and into direct gameplay would take, comparing the internal storage to the Samsung 980 Pro expansion SSD.

The Samsung 980 Pro seemingly loaded the game a pinch faster (really, REALLY small) than the PS5 internal SSD and ultimately both games took 17-18 seconds to load the save file and load into gameplay from the main PS5 library menu.

The final test was with Destiny 2. This was an odd one, as the game does a lot of server connectivity at startup and whether it was on the internal PS5 SSD or on the Samsung 980 Pro, no two loading times were quite the same. Therefore although I have included this test, it is not quite as watertight as I would like.

Overall, I can happily recommend the Samsung 980 Pro (even in as little as 250GB) for the PS5 SSD storage expansion. It performed all the checks well, arrived with an impressive internal performance benchmark at start-up and regardless of whether you get the smallest or the biggest drive, I think you will have an SSD that will store and play your games remarkably well during the lifespan of your PS5. You can watch the full performance and comparison of the Samsung 980 Pro and PS5 Internal Storage in the video below: