Good news for anyone looking to upgrade their PCIe4 m.2 NVMe enabled PC editing or gaming machine with the sneakily quiet reveal that Sabrent is working on an 8TB model to their popular Rocket 4 Plus series of SSDs. This is particularly interesting, given that till now the largest drive we have seen on the market has been an impressive 4TB of storage (from several brands) and although there have been 8TB models of M.2 SSDs available (even in PCIe4), they have been provided with one especially large compromise in the NAND department that has massively downgraded their performance and durability to a point where they are designated as lesser drives and therefore hardly comparable to the top tier SSDs in their premium ranges. This Sabrent SB-RKT4–8TB Rocket 4 Plus 8TB drive though is a very different beast and potentially one of the first drives in the world to manage to balance the scales and provide high storage, high performance, high durability and open the gates commercially to the next tier of M.2 PCIe4 SSD storage. Let’s go through everything we know. 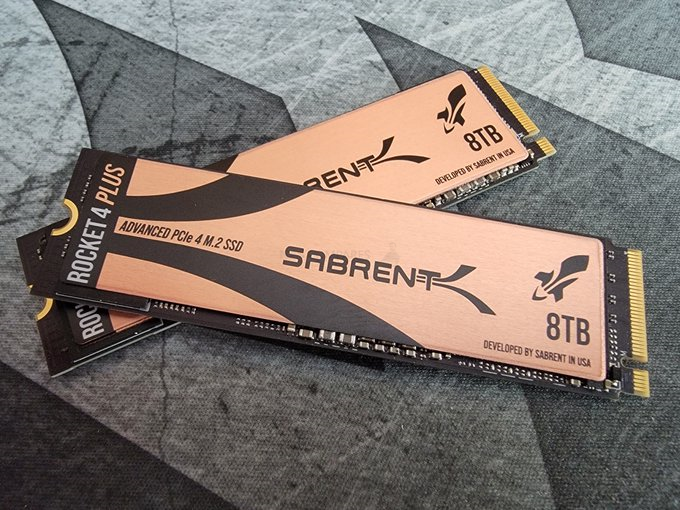 Review of the Sabrent Rocket 4 Plus 4TB Model HERE – https://nascompares.com/2021/08/05/sabrent-rocket-4-plus-ssd-review

What Are The Hardware Specifications of the Sabrent 8TB Rocket 4 Plus SSD?

At this time it appears the Sabrent Rocket 4 Plus 8TB model is not especially close to full release and wit that the specifications at this stage are largely unavailable. We DO know that the drive is part of their highest tier NVMe SSD series and therefore a lot of the existing architecture we can already ascertain. Below is everything we know, what we can estimate and how the 8TB model might compare with the rest of the Sabrent Rocket Plus 1, 2 and 4TB models:

Note – Where ‘(est.)’ is stated, I am still awaiting confirmation on these specifications, which are supplied below as based on the previous 4TB release and are provided for general guidance and not from the brand/testing

One very important detail that needs focus here is the use of 3D TLC NAND on the new 8TB Sabrent SSD. Now, as mentioned, Sabrent has had an 8TB PCIe4 NVMe M.2 SSD available already, known as the Sabrent Rocket Q4 which is their much more affordable PCIe 4.0 SSD tier. It is labelled as such as it takes advantage of the much more economy sensitive QLC NAND (Quad Layer Cells) which are able to squeeze in a larger amount of data onto the NAND blocks on the PCB board of the SSD. However, the application of QLC NAND, although noticeable lower in price-per-TB, results in significantly lower throughput (i.e Read and Write) than TLC (Triple Layer Cell) NAND that is largely the NAND build of choice for Prosumer/Business SSDs. It also results in a much lower insurance rating (i.e TBW and DWPD) meaning the timeframe for the lifespan of the drive and sustained lifetime performance is much lower. THIS is one of the BIGGEST reasons that the 8TB Rocket 4 Plus model being revealed is such a big deal because it is arriving with 3D TLC NAND and therefore will be expected to hit that 7,000MB/s+ Sequential Read Speed and 6,850MB/s+ Sequential Write as featured in the 2TB and 4TB models (perhaps even possibly surpass it). We still need to wait for full official details on this drive to become public, but it’s a very intriguing and compelling reason to keep the Sabrent 8TB Rocket 4 Plus on your radar in 2021/2022.

When Will the Sabrent Rocket 4 Plus 8TB SSD Be Released?

There is practically no details on when this Sabrent 8TB Rocket 4 Plus SSD media will release, but given the deluge of PCIe4 M.2 NVMe drives released in the last 2 months (as the market catches up from delays and setbacks in the pandemic, semi-conductor shortages, supply chain corrections and existing release roadmap’s being forced to adapt on the fly!) it will be interesting to see if Sabrent can get this drive out to market before big names like Samsung, WD and Seagate can challenge the 8TB tier on these drives. PCIe4 x4 M.2 is going to be around for a while and although PCIe5 is now in discussion and slow implementation will be on the horizon in 2022, it will be by no means mainstream enough to substantially interrupt the growth of PCIe4 M.2 any time soon. With that in mind, Sabrent might well have the time to work on this and not rush it to the door. Perhaps a more formal reveal before the end of the year with something more substantial as a confirmed ETA to follow.

How Much Will the Sabrent 8TB Rocket 4 Plus SSD be?

With so many factors, ranging from the fact that 8TB NVMe PCIe4 m.2 SSD with 3D TLC NAND (96layer) is almost completely industry unheard of at this m.2 length, to the previously mentioned market hurdles in the last 12-18months, if Sabrent can get the 8TB Rocket 4 Plus SB-RKT4P-8TB to market before many of it’s competitors, they will be in a position to be quite high in their pricing. Recent months have led to the price tiering on 1TB, 2TB and 4TB drives no longer strictly adhering to the “doubling your storage means you pay less per TB” and in fact in many cases, a 4TB costs more per terabyte than a 2TB, which in term can be more than a 1TB. Given the relative obscurity of a drive of this type, we will be seeing a drive that will almost certainly weigh in at $1500-2000 at even a conservative estimate. However, until Sabrent make a more formal announcement of this drive and its availability, this is all still very much up in the air! 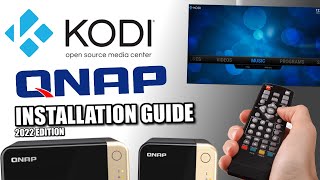