Face recognition might not be perfect but it does some work. Filters are fairly difficult to use.
First of all, I had to spend 15 minutes merging all photos under a person name. People do age, but the robot is not smart enough to understand it.
Once you filer by a person, you can not use a filter for places. Quite annoying. So I end up using a person filter then use CTRL+F to find the place and use a Timeline on the right-hand side to see the years it’s taken.
I think photos are organised based on the time it is taken not edited. But I will need to double-check that.

So, yes, it is not perfect, but it does something. They should reuse some function for the photo station. Things like Map GEO view and linking a folder instead of allowing only private albums would help.

Thanks Robbie. Filter and Ctrl F is a good trick. I’ll give it a try with just a few photos as a sample.

Meantime and just an FYI: I forgot I had written to Synology. Here’s their response that came just this morning. FYI as well: I am leaning towards Photo Station since I’ve got to create the albums anyhow and Photo Station does not look at the date. Also, the mobile DS Photo is more responsive than the Moments app. Thanks again.

Regarding the Moments package, it can do this, with a caveat. If the images have metadata that indicate when the photos were taken (such as EXIF information) then Moments can use this when determining the date of an image. However, if an image doesn’t have any such metadata, the metadata is in a format Moments can’t use, or there is a timezone issue that makes the image appear to have a different date/time than expected, this can affect when it will show up.

If there is no usable metadata that Moments can use, then it will refer to the file’s “Modified Time” instead. You can later manually modify the times Moments uses within Moments’ own interface, as outlined here: https://www.synology.com/en-us/knowledgebase/DSM/help/SynologyMoments/moments_managing_photos_and_videos

However, it should be noted that Moments won’t create albums based on date automatically. If you just upload the files en mass to the unit – such as dragging and dropping to a mapped share in Windows File Explorer or uploading them through the NAS’ web interface – then the files will just be placed in the directories where you upload them. When Moments scans and indexes them, it will check the file metadata or modified date to determine the files’ dates, and then organize them in the larger timeline by those dates.

If you want the files to be in actual directories, you’d have to create those directories and place the files in them manually. Moments will still organize them by date in the Timeline view, but if you switch to Folder view then you can see the files organized by your manual directories. You can also create albums within Moments manually for grouping specific images that you want that may not be organized by directory or date as you see fit.

Photo Station organizes files by albums, which correspond to the actual directory structure in the /photo shared folder. As such, it won’t organize images automatically by date but by how you create your albums within the /photo folder.

Like Moments, Photo Station does have a Timeline view that lets you view photos in a timeline by date, though unlike Moments it won’t use the Last Modified time if there is no metadata in the image. It will just refer to images without taken dates in their metadata as being taken at unknown dates/times, though you can manually modify them later as you wish.

You can read more about image management in Photo Station in our Knowledge Base here: https://www.synology.com/en-us/knowledgebase/DSM/help/PhotoStation/photo 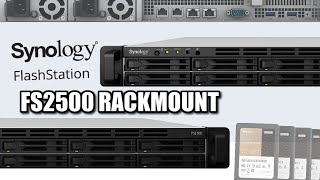