trying to put together a NAS/PVR setup

Message Body:
Good afternoon,
Thanks for all the videos – it’s been really useful to be able to see so many comparisons and reviews. I think that I know what I want, but am not entirely certain…
I want to have a NAS that allows:
• family backups of docs, pics etc from windows and mac-os computers plus android phone photos
• acts as an ebook server for my calibre library
• streams music from my ripped library to android phones and ipods
• will allow 2 simultaneous windows VMs to be run
• allows remote access to my files when on holiday
• (bonus – allows viewing of UK TV whilst abroad)

so far so good – I’m looking at the QNAP TS-253be – because of the virtualisation requirements, as well as the HDMI output
I also want to replace my youview PVR box, as this would save me around £250/year on my broadband bill (this is what will pay for a lot of the new kit!), and this is where I’m having problems.

I know that I need a tv tuner: the PCI slot in the TS253be made me think that I could install the Hauppauge WinTV-QuadHD card, as this would allow me to record/view 4 separate channels. However, I can’t find any mention of this in relation to the TS-253be, although I did see a page on the plex site saying that plex didn’t support it.
Failing this it’d be either the HomerunHD or the Vbox V@home network tuners.
I know that both plex and homerunHD require a subscription to allow the pausing, rewinding and catchup of freeview.
It’s at the software end that I’m really getting stuck, as I don’t want to blow a load of money and discover that the solution isn’t feasible/wife friendly.
I;ve seen people talking about plex, kodi, tvheadend and tvstation. I thought that qnap had removed kodi, but in the blurb for the ts-253be it talks about “Video HD is a free KODI add-on that combines KODI’s streaming and video decoding capabilities and fully supports Video Station’s features.”
At this point I;m really starting to get stuck – they all seem to have similar core features, but I really would rather avoid all the recriminations at home if I opt for something that just doesn’t work/needs constant tweaking/isn’t wife friendly (<<crucial!)

Qnap TS-253Be is a good choice, but it won’t be the fastest. It comes with a Quad-core processor which means that you will be allocating one core for each Windows virtual machine. Making NAS itself quite slow and also having virtual machines not very fast either. But it will work – just get some more RAM (6-8GB).

I am not all that sure about the card, but USB dongle of the same brand should work (probably card would as well). Qnap has not tested every single TV dongle, this is why you will mostly find biggest brands out there like Homerun being spoken about.

Alternativelky you can set up your analog TV streaming and recording via TV Mozaic app. Or you can use IP TV service which is becomeing more popular.

As a last resort, you can still install KODI on a Qnap manually and install a plugin for TV streaming. 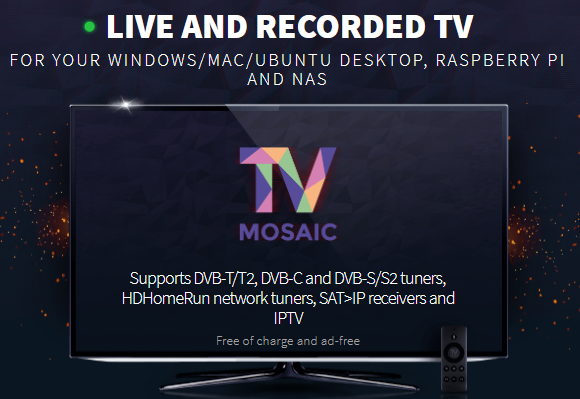