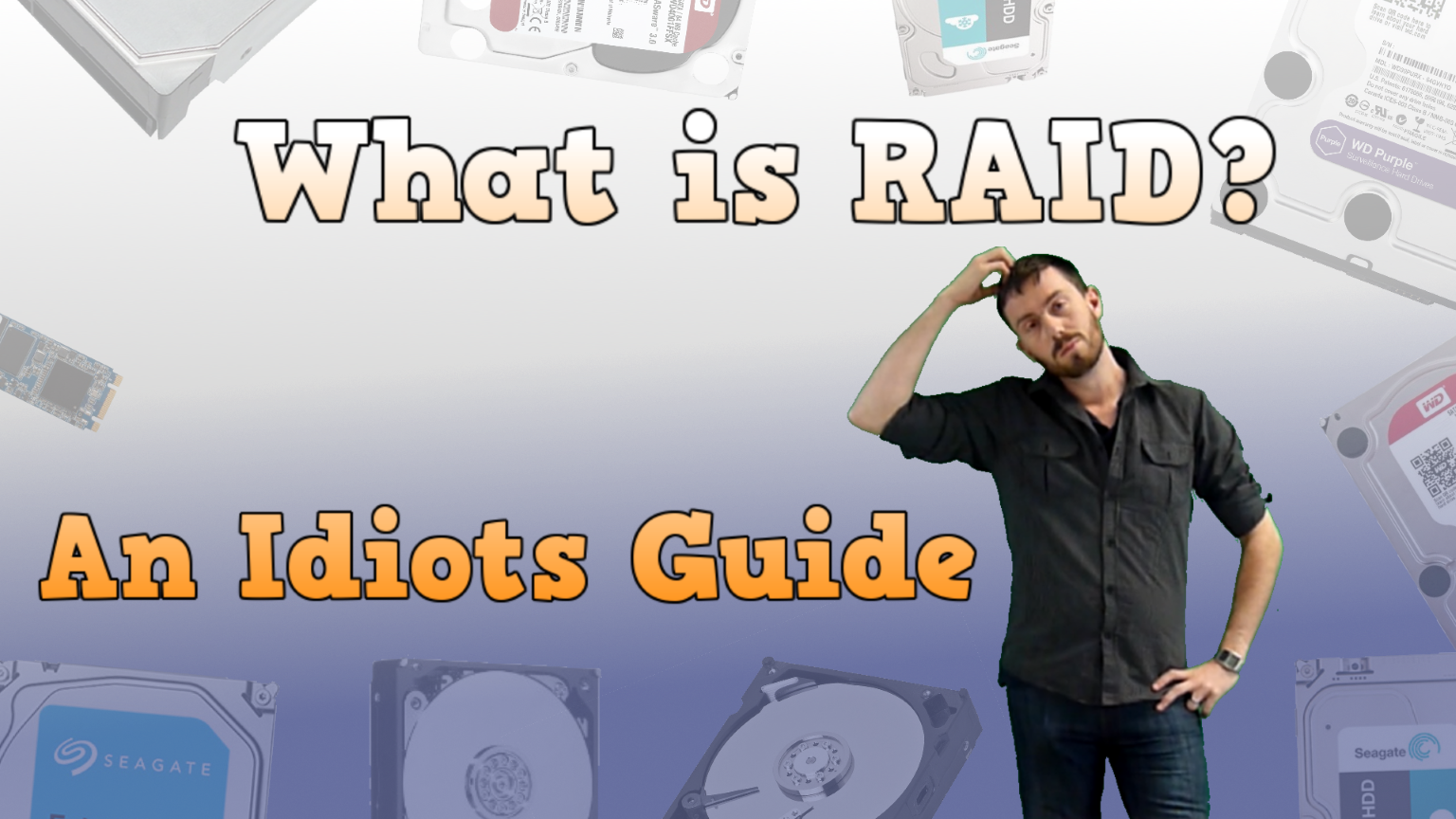 What is RAID and why do I need it? 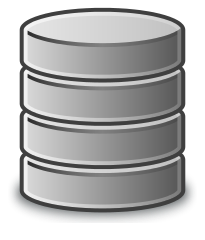 RAID is not a new thing. Originally created as means of combining multiple smaller hard drives and combining them into 1 large storage volume (so your PC would only see one hard drive like your C:/ drive, instead of several smaller hard drives connected). RAID stands for either Redundant Array of Inexpensive Disks, or Redundant Array of Independent Disks. Now the reason for the two different versions of the letters in RAID is largely due to how storage has changed. As Hard drives have grown progressively larger in capacity such as the Seagate 8TB Archive drive from SPAN.COM, the need for creating massive volumes has been outweighed by the more current trend of data storage arrays needing Redundancy.

Redundancy? Striping? Checksums? Mirror? What does it all mean? 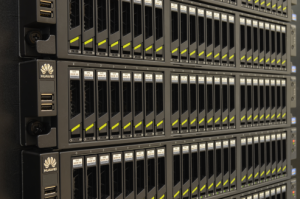 It should be mentioned that RAID is not something exclusive to NAS. In fact it has long stood as the means for all Storage arrays to maintain Hard-Drive safety in most Direct Attached Storage (DAS) and the more high profile Storage Area Networks (SAN) devices. However it’s importance in NAS is because of the length of time most Network Attached Storage devices will be powered on for… often 24 hours a day, 7 days a week – for the most part un-monitored. Having a sufficient safety net in place to preserve your data in the event of one of your hard drives breaking down or failing is paramount. In almost all RAID scenarios, you will have an element of redundancy whereby you will lose a portion of the total space available which will be used to maintain a duplicate or copy of your total data. If a drive fails, you can then recover all your data from the redundancy/redundant portion of storage.

Ok, so I know about redundancy now. Any other reason to set up RAID? 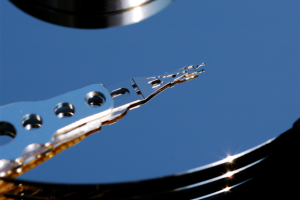 Read and Write speeds! That is another key reason for many setting up a RAID of their bundle of hard drives. Of course some RAID levels grant higher read and write speeds than others and often those with the highest speeds leave you with the least protection or the smallest capacity total. Picking which RAID level suits you will be largely based on your setup and the number of drives you plan on using. Below we have broken down the different RAID levels that are the most commonly available, their advantages and disadvantages and the minimum number of Drives needed to build each.

If however you want to it back, have a cup of earl grey and listen to me explain it for you, just watch my video below explaining it in my sweet east London tones!

What are the common RAID levels?

RAID 0 is the RAID for those that like to work without a net! Utilising Striping (spreading the data across the 2+ drives in stripes) it will add the total capacity available on all drives and give you one giant storage volume to access. Not for the faint of heart, it does still have its uses!

The favourite RAID in most 2 Bay NAS devices from Synology and QNAP, RAID 1 give a good balance of redundancy and speed. It has one major downfall for many (won’t spoil the video) but aside from that, RAID 1 is the home users typical RAID of choice.

Requires at least 2 Drives and you can only RAID the Hard Drives in pairs. Very straight forward to setup. 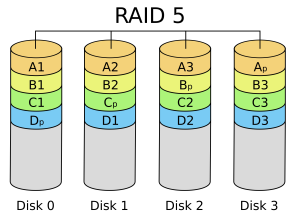 Very much the business (big or small) choice when it comes to setting up a storage array. RAID 5 is the RAID level that, on balance, gives you the best level of capacity against redundancy. Highly recommended to those who have 4 or more hard drives in an enclosure (though it can be built with 3x). A RAID 5 spreads data across the drives like most other RAID types, but on every sweep (stripe) of the drives, one of the drives is given a small nugget of data called ‘parity data’. It is a collection of checksums and makes up the framework of the rest of the data on the other drives. Then on the next sweep of data writing, the next drive along is selected for the parity data. In this way, you can recover all your data in the event of a single drive failing. This is the option choice for those looking for best price per GB, against safety.

Needs minimum 3 drives, but after that you can pretty much use as many drives as you want. 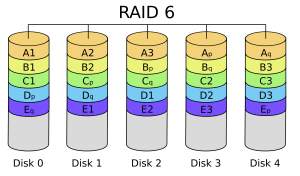 Almost identical to a RAID 5, a RAID 6 is the same principle but utilises TWO hard drives for the array. The principle is exactly the same as before but this time the parity data is duplicated onto the two drives. This means after the partity is placed on drives in pairs, that you can afford to lose two Hard Drives to hardware failure and save your data. Used in much larger scale businesses or in NAS and DAS devices that have 8+ hard drives, so you can make up the shortfall in capacity.

Minimum 4 Drives are required to setup a RAID 6, but again like RAID 5  you can use as many above that number as you want. 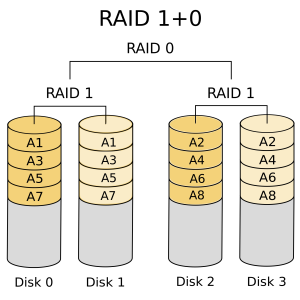 Very much the rogue element of the RAID levels, a RAID 10 (or RAID 1+0) combines many of the benefits of the RAID 0’s pooling the capacities of hard drives together, and then using the 100% synchronised cloning method of RAID 1. It offers great performance but has the biggest cost vs capacity margin of almost all the RAID levels.

Requires 4 drives and they are mapped together in a 2×2 clone volume. Again, not for the faint of heart, it is the RAID level for those looking for an easy recovery.

RAID IS NOT BACKING UP!

Final important point about RAID and if you take nothing from this is the following, remember that RAID is not a method of Backup, it is a means to prevent losses in the event of Hardware fault. 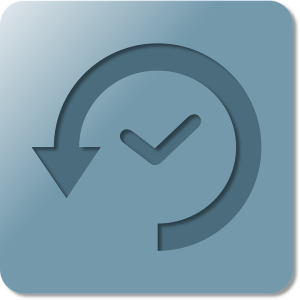 RAID is to protect you from drive failure and improve read and write in some instances, it should not be considered a Backup. You NEED to create a backup/clone of your data outside of your storage device, partially or fully to ensure are fully protected.

In the event of fire, theft, cataclysmic system failure or if you do not notice a file being deleted relatively early, RAID will not protect you. So, once again…

RAID is not a solution for your Backup needs!

So, always, always keep at least 2 backups running – off site and internally, but in a different location over the network or in central location for all. Even then, create timed backups and even synchronised folders where possible. So…

Thanks for reading and I hope I was able to help.

One thought on “What is RAID, how does it work and what does it have to do with NAS?”