Why you should buy yourself a NAS

As I type today’s NAScompares entry, I am sat on my daily commute on the train (Surbiton to London Waterloo, in case you are interested) and would like to talk about one of the most common uses for NAS… Media Access on the go. 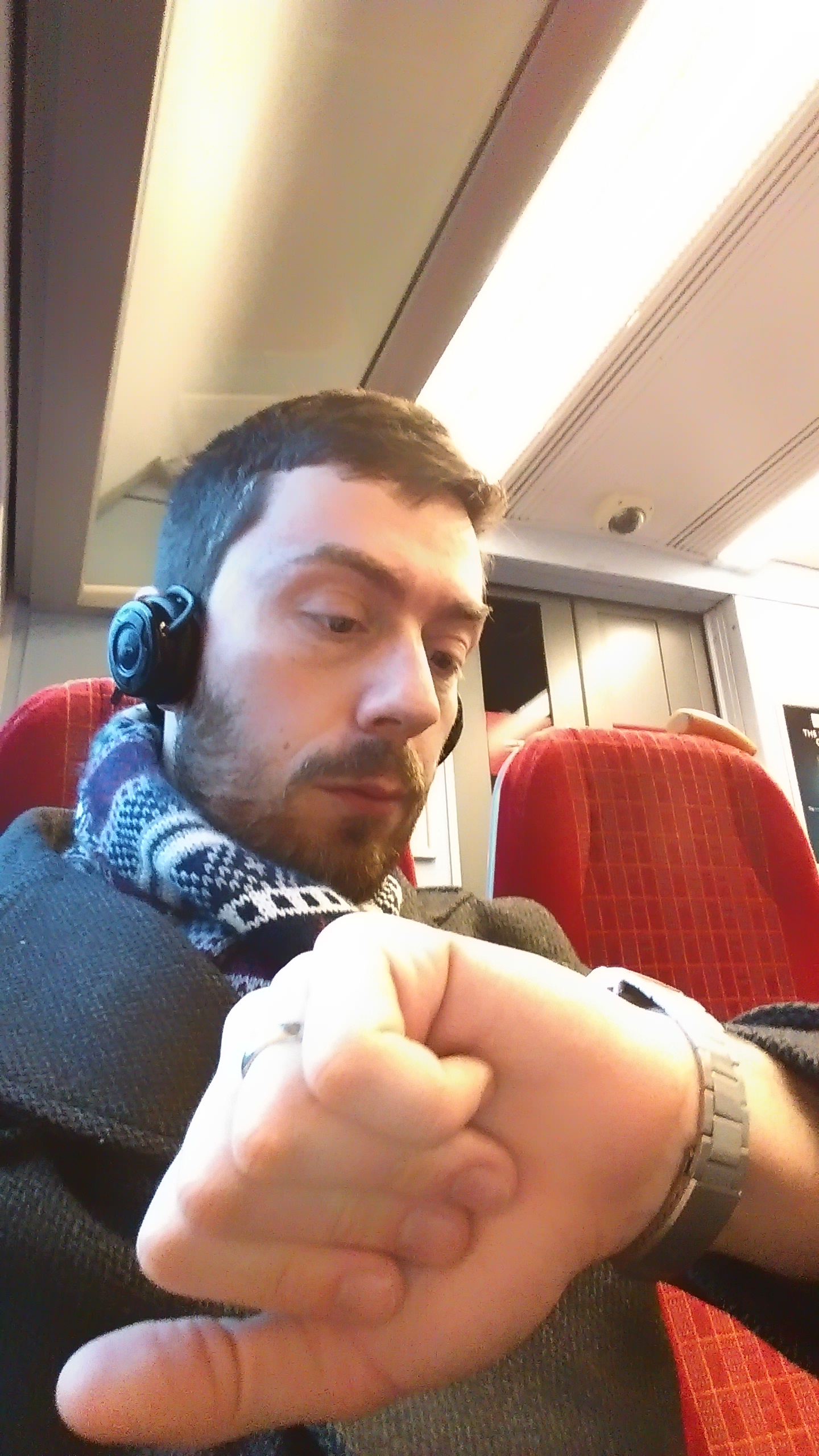 Sometimes our goods friend at public transport can be creative with the truth… And by that I mean they LIE. Currently I hadn’t been stuck for 19 minutes whilst the train stands immobile, waiting for a signal to change. Now, as you may have noticed from the picture, I’m one of those people that listen to their music on the train. Not uncommon, but of course with mobile technology being as advanced as it is, even a 20minute stall such as this on my daily commute isn’t the end of the world. With the help of a mobile device and the internet, the only limit you have is the battery. To quote the popular comedian Dave Gorman, the internet gives you access to everything in the whole wide world ever, and I don’t know about you but I find everything in the whole wide world ever a bit distracting…

NAS for when you need it most

Suddenly a 21 minute wait on South West Trains doesn’t have to be the end of the world. You browse YouTube, browse the newer for kitten pictures, prepare a few draft emails for work or even update your blog… 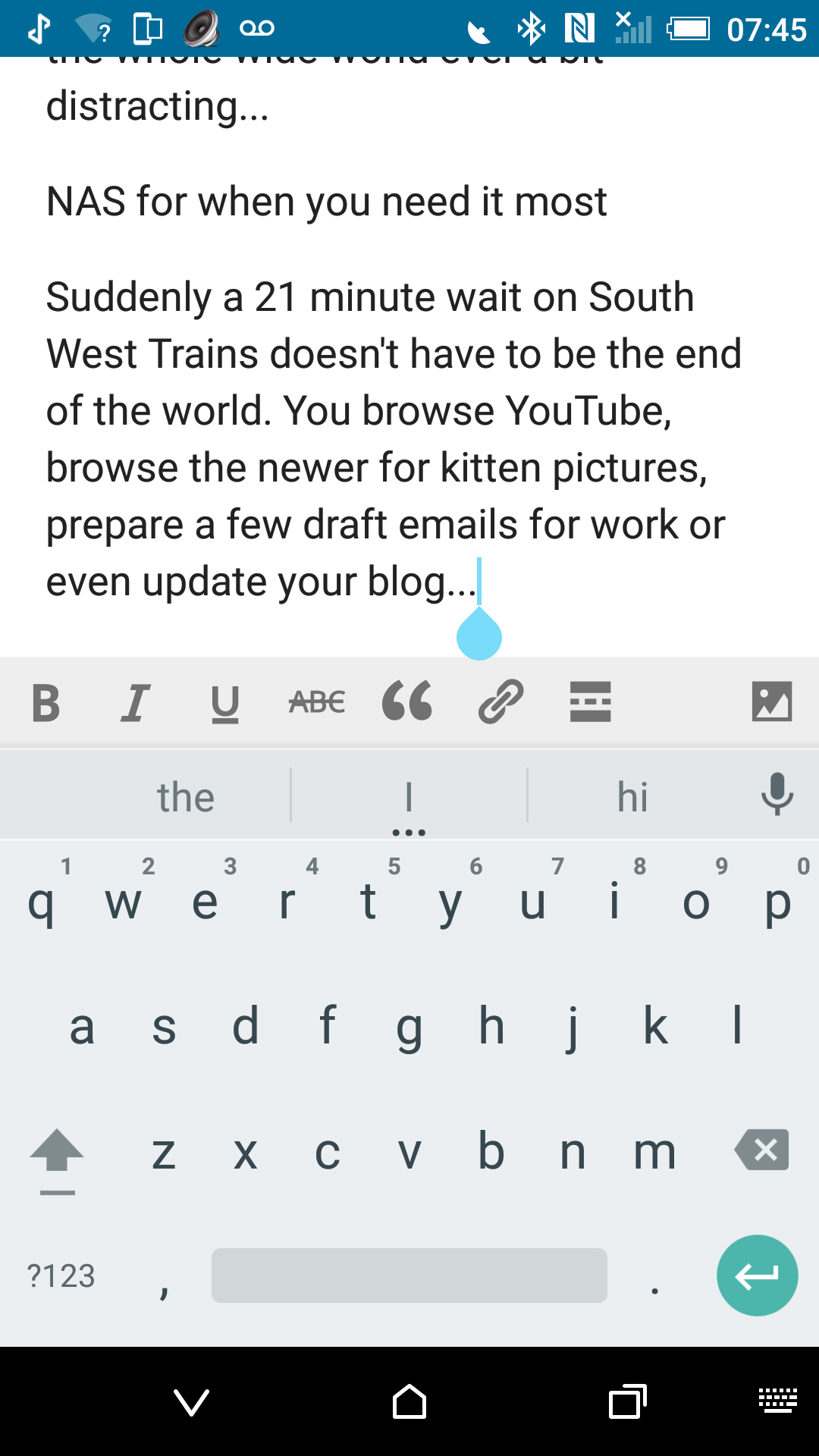 However, borderline unlimited online media access sounds very good on the face of it, but when it comes down to it, it is often the case that what you want to do is watch an on-going boxset, steam music from your collection (as opposed to Spotify) or browse your own particular cat based media selection. Thanks to innovations in network attached storage alongside transcoding and proficient mobile applications, this and more is open to you when you own a NAS. From high-end solutions such as the Synology DS716+ NAS that is ideal for you iOS users, to more Windows and Android friend NAS servers like the QNAP TS-253A you can now pick up fast, easy and remarkably user-friendly NAS solutions at very cost effective prices.

What can do I with my NAS over the Internet?

Of course it’s well known that I’m a connoisseur of NAS, an aficionado of network attached storage and it is in my own interest to ‘pimp’ out the NAS market. But trust me when I say that when you are a working professional and have a NAS in your life, it won’t be long before you wondered how you survived without it. Below is just a few of the things you can do with just a NAS at home and a phone* in your pocket:

As always though, be safe. Almost all modern NAS server devices, particularly those from popular Network Attached Storage vendors Synology and QNAP, arrive with the option of heavily encrypted data transmissions! Typically the top two levels of Encryption are AES 256 bit and AES-NI (the more efficient and faster encryption system) are the most popular. For those looking for the best balance of High end encryption versus the most cost effective NAS should look at the QNAP TS-253A-4G that has been mentioned on this channel before or the Synology DS216+, just released in February 2016. Either of these NAS devices will be an excellent NAS choice and feature in my top 5 NAS devices of the Year.

An look at that! The train is moving now… I better go before I hit a tunnel. Hope this helps some of you out there and thanks for reading.

*I mean a network enabled phone (internet access)… So those that are clinging on to their Nokia 3310 will be out of luck. Still, at least you have SNAKE…