Those who are even slightly versed in the world of NAS will be aware of the Synology PLAY series. Much like the popular HDD manufacturer, WD, Synology has taken the simple approach to marketing their products and classifying them in ranges to help consumers and NAS buyers alike narrow down their search for the perfect NAS. Western Digital has their colours range (with WD Red meaning for NAS, WD Green for energy saving, Purple for Surveillance, etc) and likewise, Synology have their ‘SE’ serious (budget), their ‘J’ Series (cost effective), the PLUS series (+ is their top range), ‘xs’ (their enterprise range) and finally – the one this comparison is going to focus on, the PLAY series for multimedia purposes. That difference between the Synology range and their way of distinguishing between them could arguably be described as part of their NAS success. Each range has its own 2, 4, 5 and even 8 Bay units in some cases, however was the passing of each year units become superseded and that leaves many to wonder whether to buy the older established NAS server or go for the newest build? 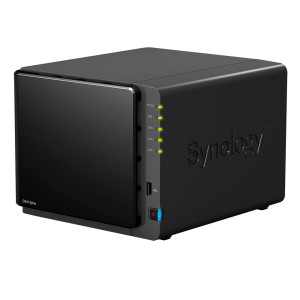 It should be added that the Synology DS416LAY is not the first PLAY series NAS to be released in the Synology 2016 NAS Range. No, at the closing stages of last year we saw the release of the Synology DS216PLAY and I hope I don’t offend many by saying that it was a little bit of a disappointment. Remarkably well prices, the disadvantages soon presented themselves compared to the previous iteration, the DS214PLAY. I am pleased to say that the DS416PLAY does not seem to have that problem and most certainly seems to feature excellent promise in terms of multimedia and traditional NAS needs (specs will come soon, I promise…stay with me!). The previous unit, the Synology DS415PLAY was in many ways a well accepted NAS. Somewhat eclipsed by the incredibly popular DS1515+, it never really got it’s chance to shine for most NAS users and if often overlooked. But I think that is enough about these guys and their position in the NAS market…let’s get down to business. 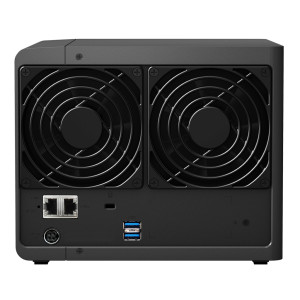 For those that have already seen the specifications of these device, several key differences will immediately become apparent. The CPU is of a noticeable higher frequency on the 416PLAY, and of a 64-Bit architecture too. This will most certainly improve results and playback on transcoding on 3rd party apps like Plex (for a NAS Plex Media Server) and Emby. Also the newer device arrives with the ability to transcode 4K Media natively – something I would not recommend attempting with the older 415PLAY. Aside from that, the internal specs of the device remain the same. Both featuring 1GB of DDR3 memory that cannot be expanded and the same fan and external PSU structure between devices. However we really start to see change and evolution the minute we look at ports. The new DS416PLAY NAS features USB 3.0 throughout, completely eliminating  USB 2.0. 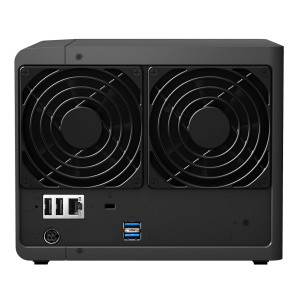 Alongside this we see the surprising inclusion of a 2nd gigabit LAN (RJ45) port – something that you would have rarely found in multimedia NAS servers as it is more a feature found in medium business Synology NAS. However with media files such as .mkv and 4K files being so large, it shouldn’t be too surprising that an increased ability to upload and download via Link Aggregation is required.

This isn’t the only big difference that stood out to me when comparing the 416PLAY and 415play. No, the other big change is that inclusion of the Btrfs file system!  Now becoming more and more popular in the Synology 2016 range, the linux based file system results in greater data integrity, background and near constant file transfer checks, faster snapshot generation and much, much faster RAID building and recovery. For those looking to buy the DS416PLAY to hold important and/or mission critical data, this file system may be the deciding factor for you.

What is the difference between the DS415PLAY and the DS416PLAY? 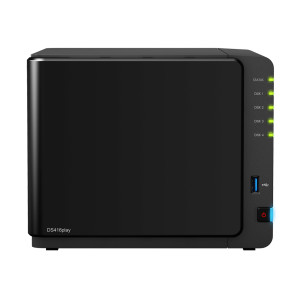 On the face of it, those are the main key differences between these NAS servers. I would have no hesitation in recommending people to buy the Synology DS416PLAY as it provides a solid, grounded and most surprising of all, multi-purpose NAS device that has broken the Synology PLAY mould. Below you can find a more statistical and analytical comparison of speeds and specs. Advantages are in BOLD as as you can see, with the exception of a few points, the DS416PLAY clears the board!