4 Bay NAS with DAS via USB 3? Is this new QNAP NAS too good to be true? 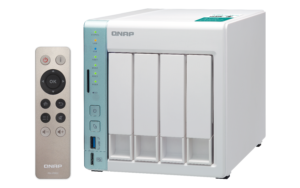 I am sure that, like me, many of you have heard rumblings of the latest 2-Bay NAS from QNAP NAS technologies. Hot on the heals of their latest thunderbolt 2 NAS, they have announced their range of USB 3.0 DAS enabled NAS units.  Yes, the QNAP TS-251A and TS-451A are two of the most interesting NAS’ as far as the home and SMB market released this year. It has often been a slight annoyance to a few that for all the data they store on their QNAP NAS device, that it is only truly accessible via the internet/network. The new TS-X51A range hopes to sort this out once and for all, and via the simple connection of USB 3.0 too. The TS-451A-2G features the following:

NAS and DAS? How does that work?

But I guess what you want to hear about is the key selling point – USB Direct Access. What we know so far:

• Connect a USB cable to the front of the NAS (slim USB 3.0 type Micro B)
• Connect other end to your PC or Mac via a standard USB Type A port
• Connect and access your device for the first time using QFinder Pro software (free)
• NAS can still be accessed in traditional NAS way whilst USB Direct Attached accessed is used
• Password and User account control can be applied or suspended as required for protection
•  Native 4K and HD Transcoding – though cannot expect the same height in Plex Performance
Dual OS support like the X53A range 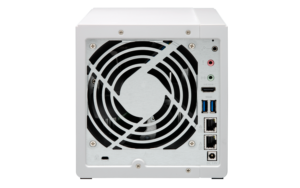