We have been awaiting a while for it, but finally QNAP today introduced the new TVS-1582TU Rackmount Thunderbolt NAS  which can be installed in a standard 19-inch rack, and other high-speed interface can be fast transmission and backup video, providing mobile audio and video Storage and editing of the best solution, so that emphasis on high efficiency of the television industry with the highest efficiency to provide high-quality 4K image content.

What is so good about the QNAP TVS-1582TU Thunderbolt3 NAS Rackmount? 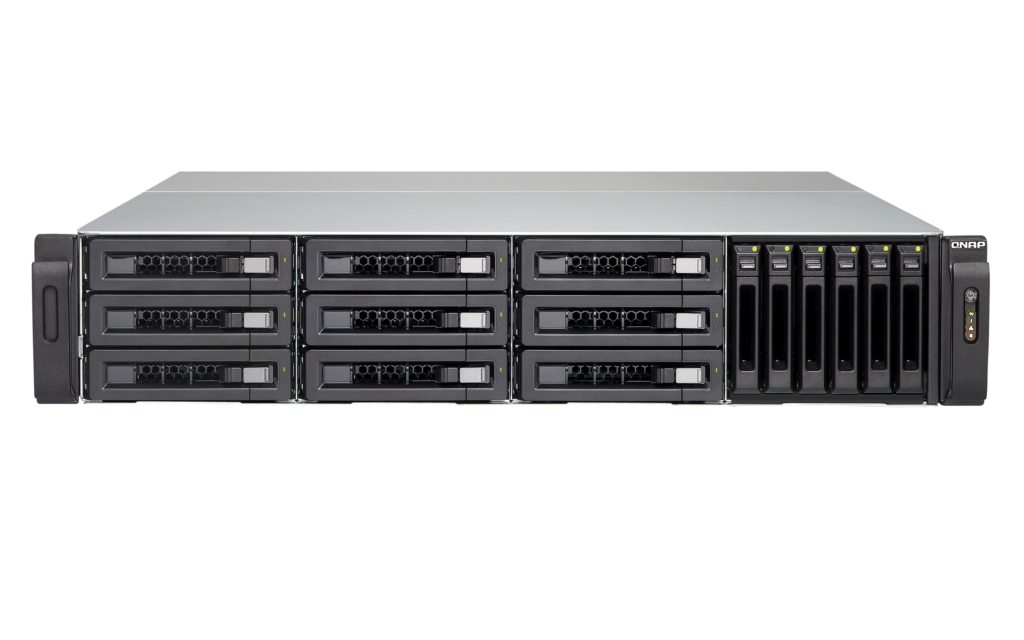 The TVS-1582TU offers a storage solution for the “Thunderbolt ™, NAS, iSCSI SAN” triple-play application with a 4-port Thunderbolt ™ 3, providing lightning transmission speeds for smooth 4K video transmission, playback and online editing, Is a tool for handling 4K image assignments, file storage and quick sharing with Mac® and Windows® users using the Thunderbolt ™ interface; a rack-mountable design that is ideal for video and audio industry SNG broadcasts and mobile audio and video editing environments. The TVS-1582TU uses Intel® multi-core processors with the latest generation of 14-nanometer processes, with significant improvements in computing and bus processing capabilities, and with the concept of “storage tiering”, “application partitioning” and “network streaming” Not only is the storage efficiency optimized, the overall operational efficiency of the system is more remarkable.

What are the specs and hardware inside the QNAP TVS-1582TU NAS? 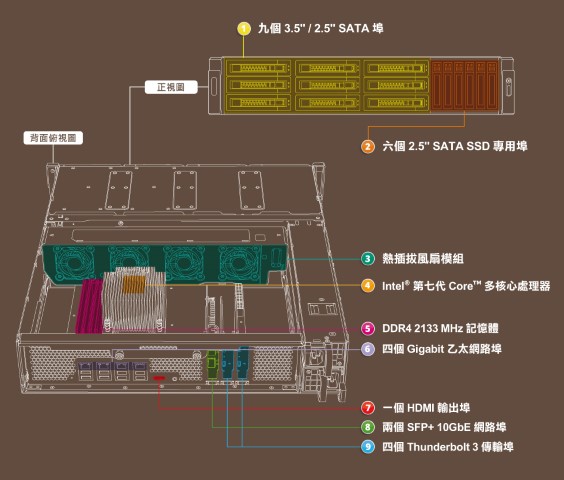 Why is the QNAP TVS-1582TU Rackmount NAS with Thunderbolt 3 possibly the best NAS yet?

Who needs the QNAP TVS-1582TU Rackmount NAS with Thunderbolt 3?

Film shooting, television and other audio and video media industry, often need to shoot location, and shooting video material often need to immediately backup, to avoid damage to the storage media caused the film lost. After all, live “instant” photography can no longer be reproduced, and film re-shooting will also increase the cost and delay the progress of shooting. In addition, outdoor broadcast content, such as: sports events, outdoor large-scale performances, but also need to be able to live video, live editing, and through the microwave immediately to the TV center to send recorded programs, live broadcast. The rack-mounted TVS-1582TU can be securely mounted in a standard 19-inch cabinet, ideal for use in an intervening car or an outdoor video editing environment. With its support for Thunderbolt ™ 3, 10GbE and USB 3.1 high-speed interface, can quickly transfer and backup video, providing mobile audio and video storage and editing the best solution.

Can you use the QNAP TVS-1582TU NAS with Mac and Windows?

The TVS-1582TU is the best device for MacBook Pro® users with the Thunderbolt ™ 3 interface and is also compatible with the Thunderbolt ™ 2-enabled computer device via the adapter, with a significant increase in bandwidth for video editing and sharing. Big advantage, especially for photographers, filmmakers, image designers and creative workers using 4K and 3D content. The latest version of Final Cut Pro® X 10.3 supports file sharing for SMB agreements, where you can easily store your files in the TVS-1582TU, allowing Windows® users to work with other devices from Thunderbolt ™ 3, 10GbE, or GbE To join the audio and video editing workflow. TVS-1582TU can connect four Thunderbolt ™ devices, while dealing with real-time audio and video editing without affecting the performance of NAS systems; through the HDMI port to connect 4K screen, immediately play 4K image content. Large storage space TVS-1582TU is not only an ideal file storage center, but also provide extraordinary extraordinary performance, improve work efficiency with less.

What kind of storage Media can I use in the QNAP TVS-1582TU TB3 NAS? 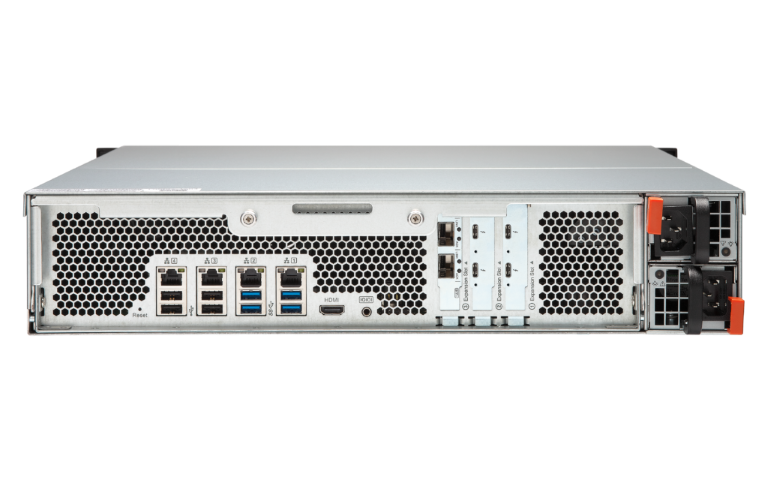 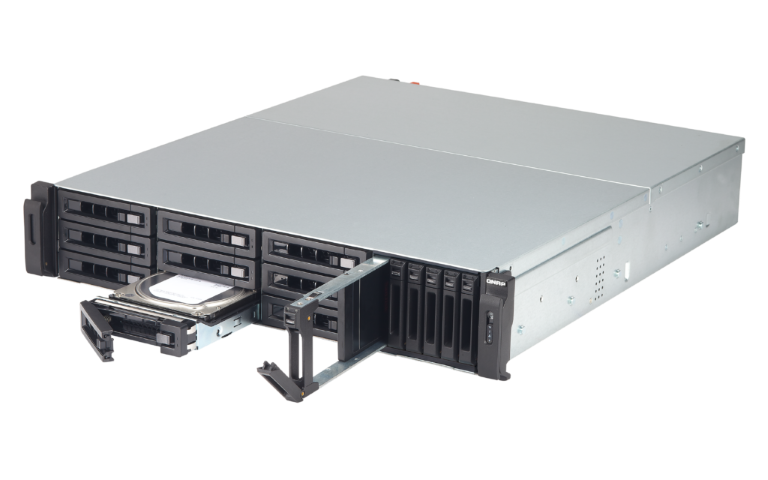 With SATA 6Gb / s, 3 Gb / s hard drives and SSDs, you have the freedom to choose your storage media to build the most cost-effective storage space.

Can be used as a cache or high-speed storage pool.

With Thunderbolt ™ on the NAS and 10GbE network port, so that different applications have a dedicated bandwidth to achieve the purpose of network diversion, to ensure service bandwidth.

Thunderbolt ™ 3 bandwidth doubles to 40 Gbps, and can be connected to a variety of USB Type-C devices, also supports USB 3.1 Gen2 up to 10 Gb / s transfer rate.

Use the QNAP TVS-1582TU as a 10GBe over Thunderbolt Connectivity

The TVS-1582TU offers four Thunderbolt ™ 3 ports, allowing you to flexibly configure your computer workstations, TVS-1582TU and storage expansion devices for a wide range of applications.

Connect the three Mac workstations to the TVS-1582TU, use the Thunderbolt ™ 3 bandwidth for online audio and video editing; another Thunderbolt ™ 3 port can be used to expand storage space by connecting Daisy-chain to six storage expansion devices (TX-500P / TX -800P), greatly expanding the total storage space. In addition, with the built-in 10GbE card, you can also 10GbE network environment to cross-device file sharing, is the highest C / P value of high-speed storage program!

Want to speed up the video project, you will need two workstations at the same time. At this point, you can connect four workstations to the Thunderbolt ™ 3 port on the TVS-1582TU, with 40Gb / s high-speed transmission, while editing audio and video files.

Large video production center or creative studio usually requires multiple servers to share different project processes, such as: video, editing, production, post-system, voice, etc., to speed up the work efficiency. At this point, you can have the original TVS-1582TU Daisy-chain way to re-connect an additional six TVS-1582TU, so that each NAS are responsible for storing a specific process of the file; and other Thunderbolt 3 port is directly linked to audio and video Workstations, direct access to large audio and video files, smooth editing. Likewise, each TVS-1582TU here can also share files with multiple devices over Gigabit or 10 Gigabit Ethernet.

Note: The product package does not contain Thunderbolt cable, users need to purchase. Thunderbolt 3 (USB-C) on the Thunderbolt 2 adapter may be part of the Windows PC compatibility issues, it is recommended that users first confirm or ask the adapter manufacturer. This article is based on translated information from QNAP here 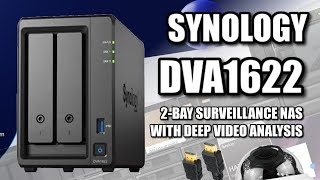