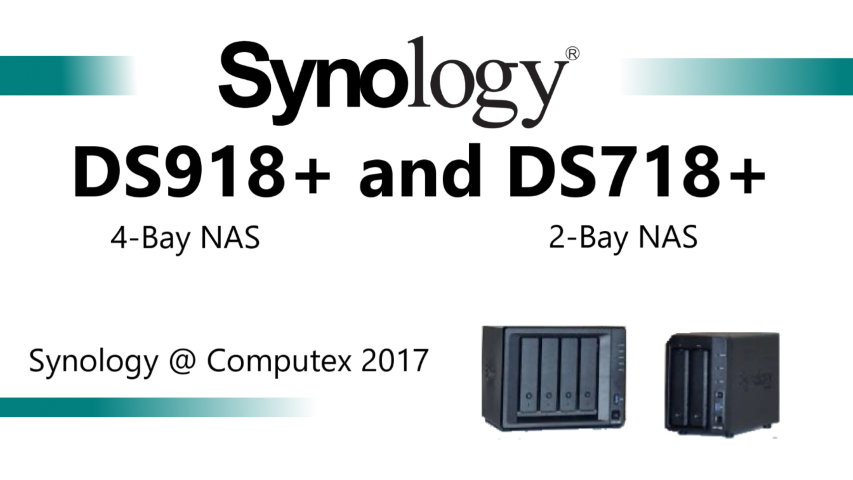 Anyone who has even the smallest knowledge of NAS will have heard of the giants of Network Attached Storage, Synology inc. Their home and business series of NAS Server devices are the go-to devices for those looking for their first, second or tenth NAS device.


2 months ago they released their 5 and 8 Bay flagship models and many users were a little underwhelmed by the specs and the improvements on their predecessors. However now at Computex 2017 we at NASCompares are pleased to uncover the new Synology DS718+ 2-Bay expandable NAS and the new 4-Bay Synology DS918+ Expandable NAS.


These will server as follow ups to the already highly popular DS716+II and DS916+ NAS released 12-18 months ago and although only small amounts of information are currently available, we can confirm the following.