In appreciation of your assistance in your below email, I thought I’d update you with some information I learned about Seagate Iron Wolf NAS drives that might be helpful to your user-base. I learned this information in connection with researching the drive I just purchased – an 8TB Iron Wolf.

The specs for the 6TB Iron Wolf drive were changed in 2021 as compared to what was being sold since 2017. I discovered this from inconsistent device descriptions at various retailers’ sites. Upon drilling down on Seagate’s site to make sense of this, I learned that the 2017 6TB drive (model ST6000VN0033) had a sustained throughput of 210 mB/s and spun at 7200 RPM. I was going to get that drive, as it is nearly as fast as a current 6TB Iron Wolf Pro (220 mB/s) but costs a lot less, until I learned that the 2021 data sheet says the currently shipping 6TB drive (model ST6000VN001) spins at only 5400 RPM and with a sustained throughput of only 190mB/s. In other words, new Seagate 6TB drives are significantly slower than the ones that were shipping just last year. Anyone considering a Seagate Iron Wolf 6TB drives needs to beware of what datasheet they’re reading (you want the one with copyright 2021 at the very end)!

The slower currently shipping 6TB Iron Wolf drive led me to look at the 8TB Iron Wolf, the current version of which spins at 7200 RPM with a sustained throughput of 210mB/s. That’s significantly faster than the 6TB Iron Wolf model, and just about as fast as the currently shipping 6TB Iron Wolf Pro model that also spins at 7200 RPM with a sustained throughput of 220 mB/s – just 10 mB/s more. Yet, the price of the 8TB Iron Wolf is within a few dollars of the 6TB Pro model. So for about the same money, you get roughly equivalent performance but 2TB more storage with the plain vanilla Iron Wolf. That, to me, was a no-brainer. I lose 2 years of warranty but that’s a tradeoff I’ll gladly make.

Finally, I learned the 8TB Iron Wolf model is actually a Pro model but with a 3 year warranty rather than 5 year. When I registered the drive on Seagate’s website, upon entering my drive’s S/N the site reported back it was an Iron Wolf Pro.

So buyer beware with Seagate Iron Wolf NAS drives – study up before buying and you might get more for your money. 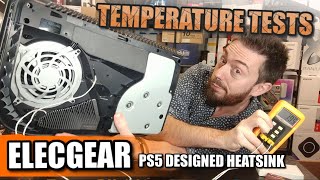