Hi liked reading your article.
I have currently a ubuntu server with ZFS raidz 2 6 drives wd red 4Tb. The server is aging and I am really thinking if I should build or buy a NAS, As for NAS LOOKING AT DS1019+, So here are its cons in my mind,
1 you cant have a 10G nic card
2 Apps are installed on the pool, so In my current setup I have my docker containers including emby on a ssd for faster load times, with ds1019+ metadata will be stored on the slow disks, I know about nvme cashing but I really dont see that as a solution as files have to be accessed frequently to be cached.
So if you were in my situation would you still go for a NAS or Ubuntu server build and ZFS since I have the skills for it?

Yes, Synology do not add things like 10g on models below 6 bays. But having nvme cache does help to boost things. And you can even have single SSD installed in a first bay at the beginning when you initialise NAS. And have a RAID5 on the other 4 bays. This would mean that OS live on a SSD. But generally RAID of 5 drives is faster then SSD anyways. So I would not worry mush.
Choosing NAS over self built NAS is down support. With a NAS you will always get new updates, new features and apps as well as support. Self made NAS needs to be maintained by yourself.

Self build NAS makes more sense if you want to run third party apps like PLEX. It requires hardware that NAS normally doesn’t have (i3-i5 CPU and GPU). 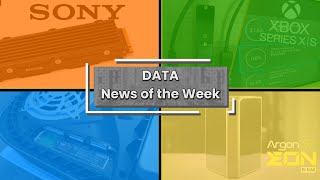