Synology DS3622xs+ NAS Review – Game Changer? Reviewing the new Synology DS3621xs+ NAS is something that is going to be a little tough, given the huge range of buyers who see this particular server as the ‘ultimate private desktop NAS server’. If you have been looking at moving your mid-to-high sized company data operations away […]

Synology DS3622xs+ NAS Review – Game Changer? Reviewing the new Synology DS3621xs+ NAS is something that is going to be a little tough, given the huge range of buyers who see this particular server as the ‘ultimate private desktop NAS server’. If you have been looking at moving your mid-to-high sized company data operations away […]

Synology RS1221+ Rackmount NAS Review – Is it Innovation or Limitation? Rackmount servers have undergone something of a shift in the eyes of the buying public in recent years, with the once heavily enterprise associated hardware architecture of a rack deployed server becoming available in a form that is so close to desktop form, that […]

Why Should You Buy the New Synology RS1221+ NAS? As many of you are no doubt aware, there is a brand new Synology solution available to buy for those looking at a robust, compact, yet fully-featured rackmount 8-Bay solution. The recently released Synology RS1221+ NAS is a reinvention of the popular 8 drive RS1219+ from […]

The Synology RS1221+ and RS1221RP+ Rackstation NAS get closer to Release Good news for those of you who are STILL waiting for the release of the compact 8-Bay Synology rackmount, the RS1221+ nears release and we now have the official data sheet on the device with a release date scheduled for mid January 2021. Yes, […]

Brand New Synology RS1221+ & RS2421+ NAS Revealed Yes, that’s correct, It looks like Synology will be releasing a couple of new 8-Bay and 12-Bay expandable rackmount solutions in their 2021 series, but before going any further, I want to give props to the r/synology community over on Reddit for this. IMPORTANT – Full Credit […]

HUGE 60-Bay HA6400 RackMount NAS from Synology Revealed At the risk of being controversial, I would say that Synology is a brand that trades on its software reputation more than it’s hardware. That is not to say that they have not created some fine ANS hardware over the years (first commercial NAS brand to include […]

Brand New RS1220+ NAS Drive from Synology Uncovered There has been yet another new release revealed from the top tier NAS brand, Synology, at their latest event to promote both the 2020 range and almost 20years of providing NAS solutions. Today I want to tell you guys about the Synology RS1220+ NAS for home and […] 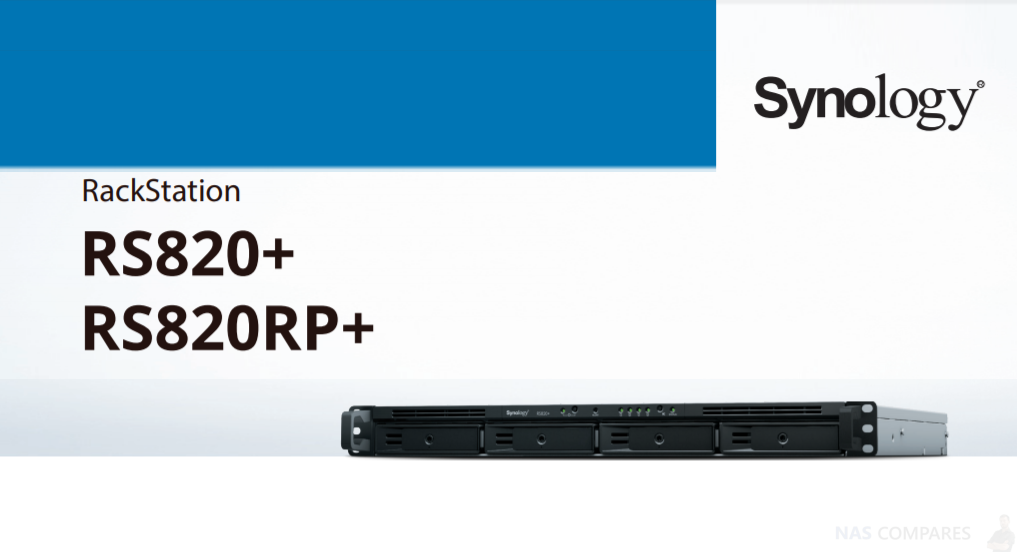 New RS820+ and RS820RP+ 1U Rackmount NAS for Autumn 2019 Information on the new Synology RackStation NAS servers for release later in the year continues with the new RS820+ and redundant power enabled RS820RP+. Keen followers of NAS (guilty!) will see a few similarities to it’s predecessor (the RS818+) and this is understandable. Synology has […] 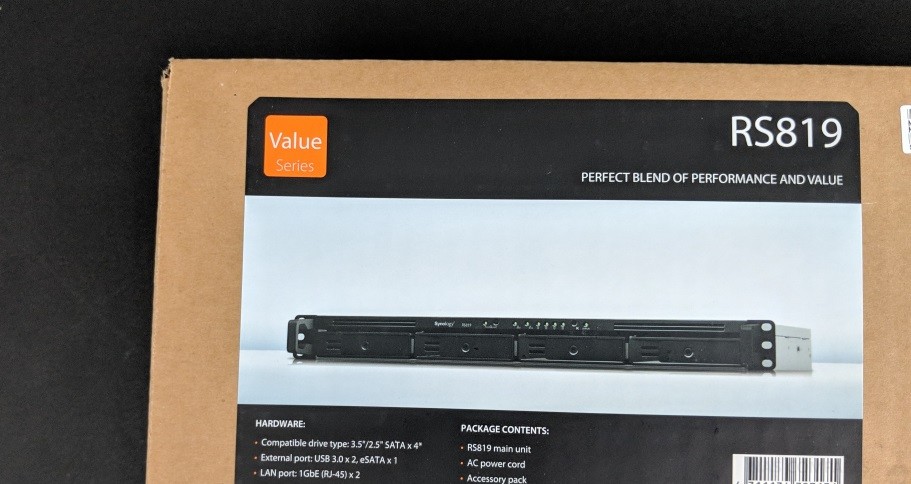 Synology RS819 RackStation – True Value NAS? Synology has released one of the last in their 2019 wave of popular NAS drive devices (Rackstation NAS) and the latest to join the series is the modestly sized, modestly priced and modesty powered RS819 4-Bay NAS. Often overlooked due to their lack of Intel options, the value […]

New RS819 RackStation Value Business Rackmount Synology NAS Server Synology has many different long-running ranges of device’ in it’s NAS drives. Depending on the product family, the release of these devices can range from almost annually, to every 4 or 5 years (I am looking at you DS119j). Alongside their reputation for having a fantastically […] 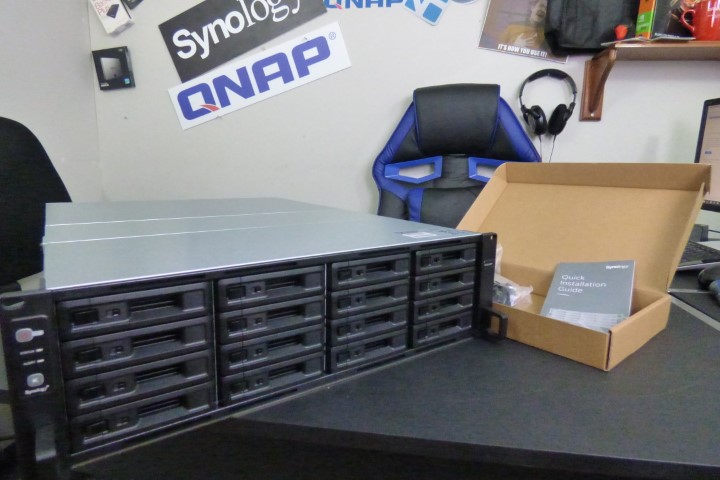 Is the Synology RS2818RP+ RackStation NAS what your Business needs? Synology and their Rackmount NAS range have really been a roller coaster these last two years. The rackstation series from Synology a few years back was good, but in the eyes of industry did not compete with QNAP NAS. The main reason for this was first, the […] 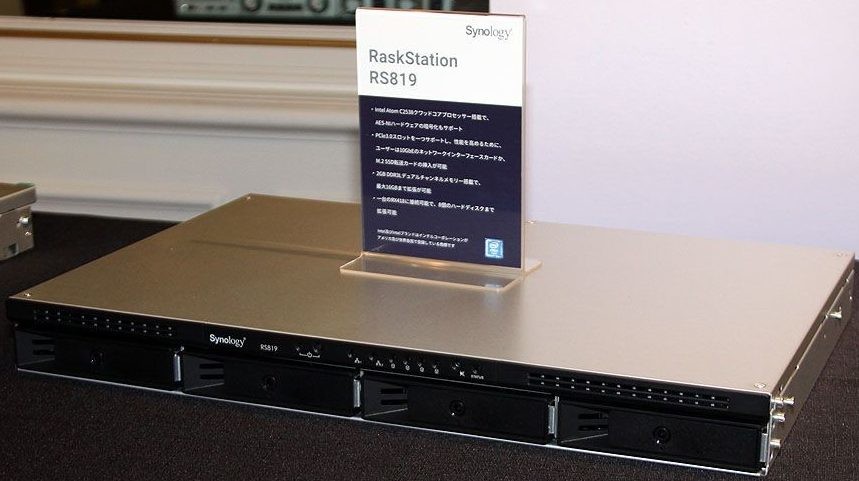 Brand New Synology RS819 Rackmount NAS for 2019 During Synology 2019 in Japan, we learnt about a brand new rackmount server, the Synology RS819 RackStation NAS. This new 12-inch mounting depth NAS is designed for tight spaces and those on a tighter budget. Short-depth chassis are popular when one is deploying in compact areas and are […]

Is the Synology RS3618xs Rackstation NAS the Best Business NAS yet? Over the past two years Synology have really changed the way people perceive their network attached storage devices. Even here at NASCompares, we believed that Synology was fast becoming the NAS provider for the home. However with a growing range of Enterprise and office […]

You can get answers from fellow NAS users here