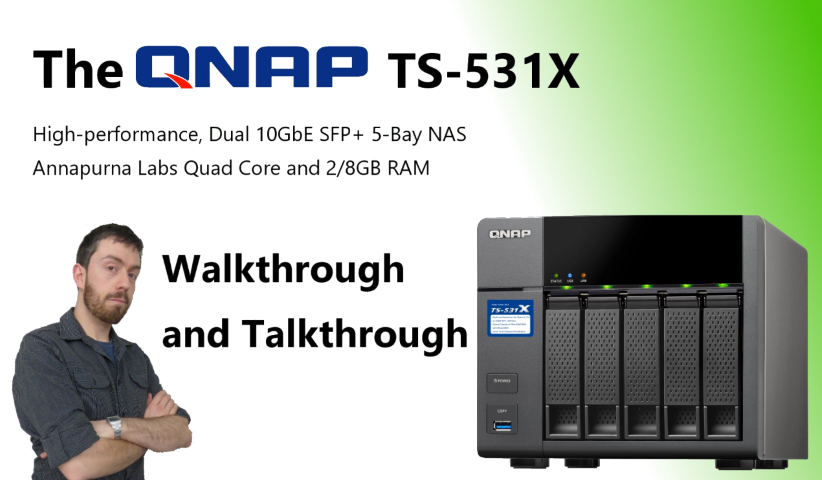 Has QNAP finally cracked the 10GBe SFP+ NAS Market with the TS-531X NAS? 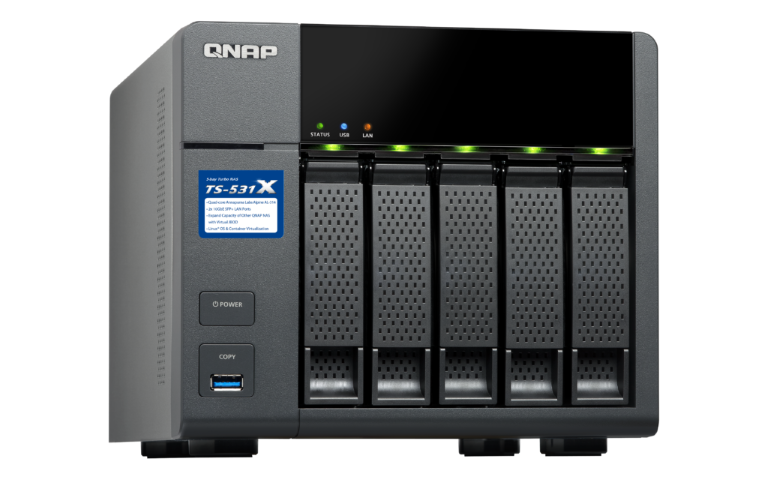 QNAP NAS has always been seen as the innovator of Network Attached Storage. Remaining in joint first place with Synology NAS for the market leaders of the field, they have often been the ground breakers when the boundaries of NAS are pushed. In the past two years they have pioneered Thunderbolt NAS, Android NAS, NAS+DAS Combined and Pocket Sized NAS to name but a few. However the field of 10GBe network environments has always been a tricky one for both big NAS brands. The easy choice for some these days is of course 10GBe over RJ45 ports. 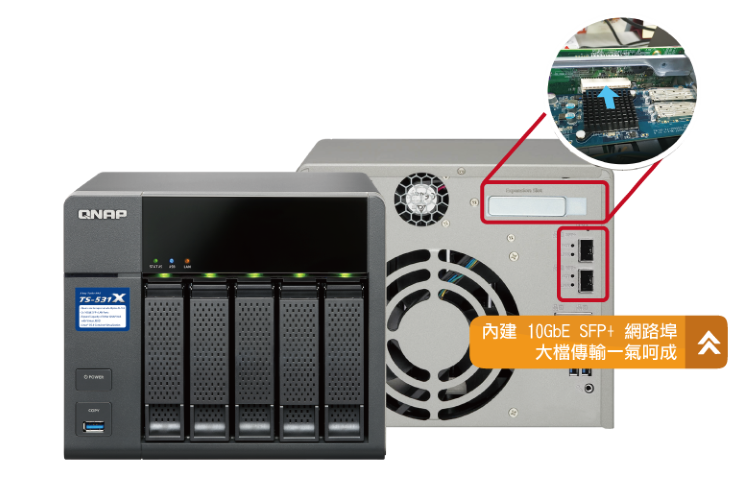 However many still rely on or still make the jump to fibre based SFP+ and that is a largely un-tapped area of network attached storage market. Both Synology DS2015xs and the QNAP older 10GBe SFP+ series have tried and have succeeded, but nowhere near what they would expect. Next into the arena with the lions is the latest 10GBe SFP+ NAS and I am pleased to say it is a high-performance unit with built-in dual 10GbE SFP + network ports and is even a Quad-Core 5-bay NAS. So, does the QNAP TS-531X tick your boxes.

What are the specifications of the QNAP TS-531X SFP+ NAS? 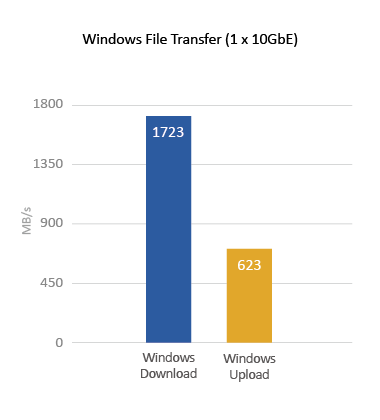 The CPU of the latest QNAP release is a common one, the Annapurna Labs Alpine AL-314 Quad-Core 1.4GHz processor (seen in a number of similar NAS including the Synology DS2015xs NAS too) and is more than up to the job of multiple file transactions and network storage management. Alongside this the unit arrives with 8GB or DDR3 Memory, as well as an additional 16GB memory model also available. With this primary hardware the QNAP TS-531X acheives Read and Write Speeds (via 2x 10Gbe SFP+) of 951MB/s Write and 881MB/s Read. Additionally, via 2x 1Gbe ports it reports 213MB/s Write and 219MB/s Read

What are the connections and ports of the QNAP TS-531X NAS? 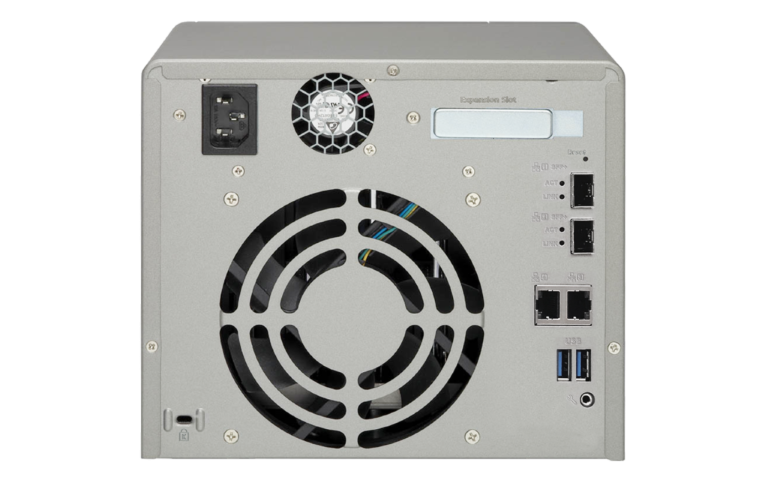 If we look at the rear of the TS-531X NAS, we find a number of heavily business influenced ports (no HDMI to be found here!) They are:

Despite these rather business related features, the power consumption is surprisingly conservative at HDD hibernation registering 17.01W and whilst in operation registering 29.31W. Like the Read and Write speeds mentioned earlier, these figures are based on the installation of five 1TB WD Red hard drives.

Is there anything else to consider with the TS531X? Additional Features?

Like many 5 and 8 Bay QNAP NAS servers, the unit is Expandable with the installation of upto 2x UX-800P QNAP NAS Expansion units via UUSB 3.0. Whilst in operations the unit reached an noise level of 18.1 dB(A), which is fairly normal for a chassis and build of this size. Rather surprisingly, but certainly of interest to those who wish to persue Network Surveillance with IP Cameras in their home or office network, the unit also arrives with 8 free camera licenses (normally you get 2 or 4 at most) and can support up to 40 camera channels via additional license purchase. Lastly the unit does not arrive with a SFP+ Cable (as lengths required can differ greatly), but a 1.5M Cable is available to buy from QNAP as an optional extra.

The newest QNAP NAS is available now to buy from SPAN.COM and Worldwide delivery is available NOW. Why not take advantage of the weak pound and grab yourself a bargain!