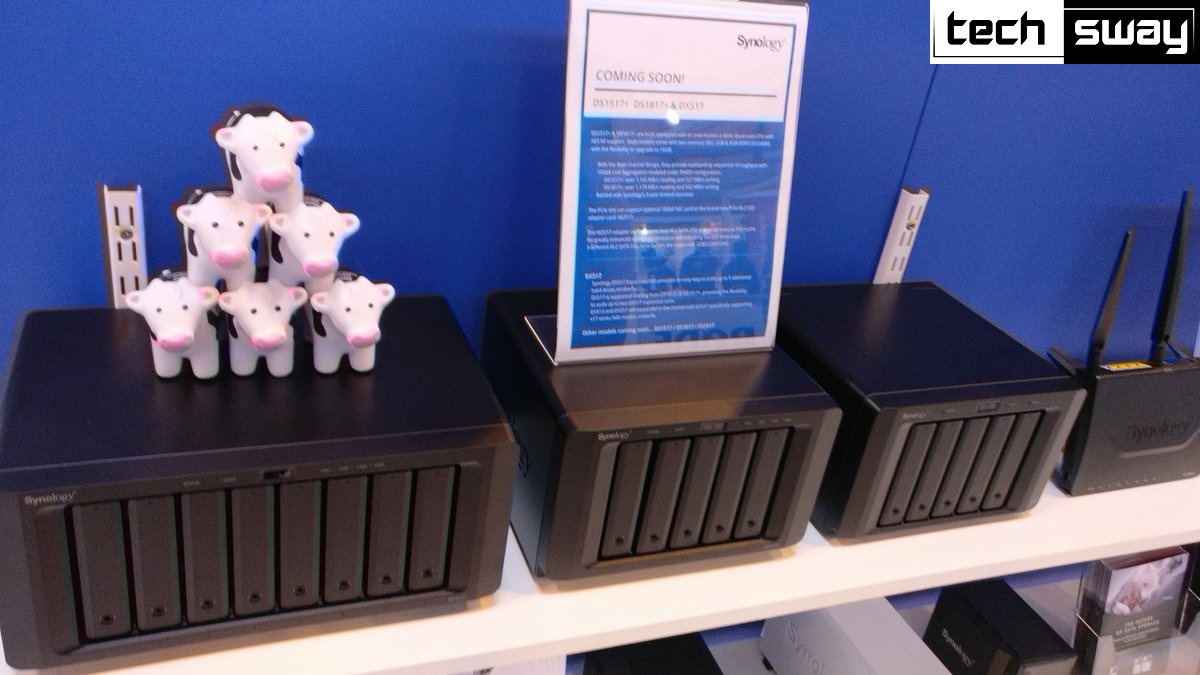 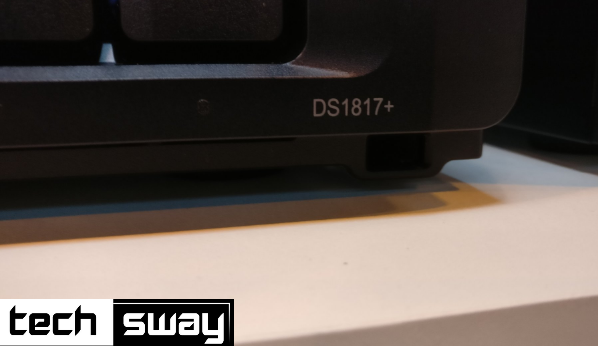 Just when you are getting comfortable and want to watch the Rugby (dear oh dear – Half time and Ireland do seem to be taking us to the cleaners a bit) then a little bit more information is spreading on the New and Exciting Synology 8-Bay and 5-Bay 2017 NAS. Originally covered earlier this week on information from Cachem.fr, a couple more en-genius sources over the internet (Thanks to Jay at Techsway and some fabulous coverage from ITPartners Expo by him) have produced more images and information has been incovered on the DS1817+ and DS1517+. Including such coverted information as the Specs (finally!) and even a few crumbs on other up and coming units like the Flashstation FS2017, 5-Bay expansion DX517 for 2017 and even standard DS1817 and DS1517. Yes, you read that correctly – a non ‘plus’ series 8-Bay and 5-Bay. Still no confirmation in the wild about a DS217, but with CeBit just over a day away – we could still hear about a Synology 2-Bay NAS for 2017 yet!

Once again, you have Jay at Techsway to thank for the bulk of it, but what is known is as follows: 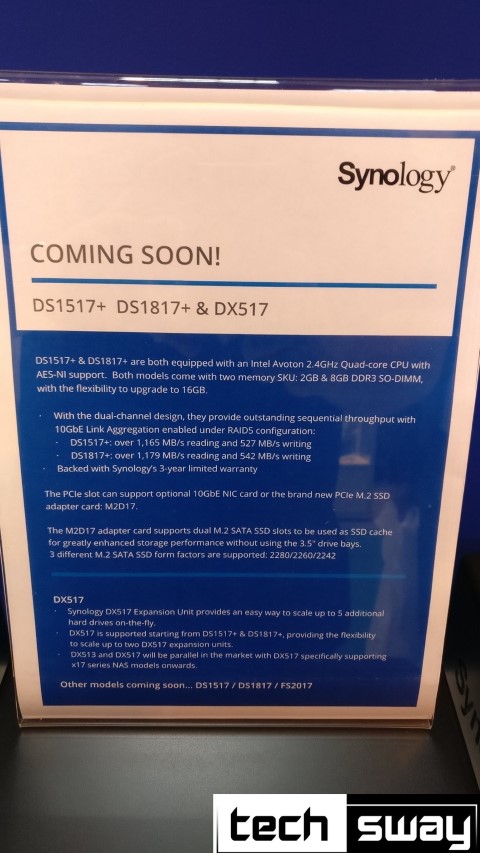 What else has Synology NAS got in store for 2017?

Details are very few and far between, but alongside these boxes, we will be seeing the release of 3 more units soon:

Standard 5-Bay NAS that like the DS1517+ will support the RAID and expansion options, however will likely arrive with an ARM CPU, such as some of the more power efficient CPU that are featured previously from Annapurna

Identical to the DS1517, however featuring 8-Bays. I wish I could say more than that, but sadly not.

Once again, an extra special mention should go out to the guys at cachem.fr for their coverage of the Synology at ITPartners 2017. We will continue to keep you updated on all the latest NAS releases and will update you all on the details of all things Synology 2017 – Fingers crossed for a DS217 update! Lastly, don’t forget to check out the latest releases from us in Network Attached Storage. Subscribe to be updated!