The Node Lite provides an additional PCIe slot for Thunderbolt 3 computers (e.g. laptop computers) where installing an internal expansion card is not an option and for systems where there is not enough space for more PCIe cards. The Thunderbolt 3 (USB-C) connection not only makes adding an external PCIe card easy but it also allows you to take the device with you to use on location and move it from one system to another. Installing and replacing the PCIe card is a simple matter of removing a few thumb screws and does not require any tools. 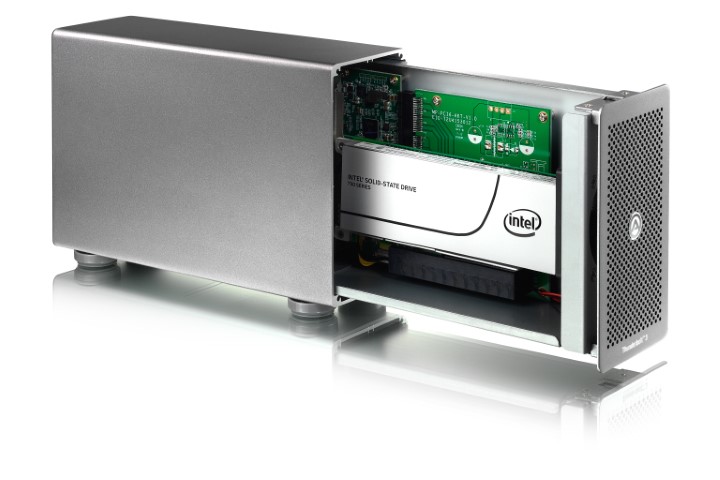 What kind of PCIe card does the Akitio Node Lite support?

The PCIe (x16) slot accepts half-length, full-height, double-width cards and provides a maximum of 25W and supports PCIe Gen3 x4 cards. The four PCIe Gen3 lanes and the Thunderbolt 3 interface are capable of transfer rates up to 40Gbps, providing enough bandwidth for both the internal PCIe card as well as any additional Thunderbolt devices in the daisy chain. 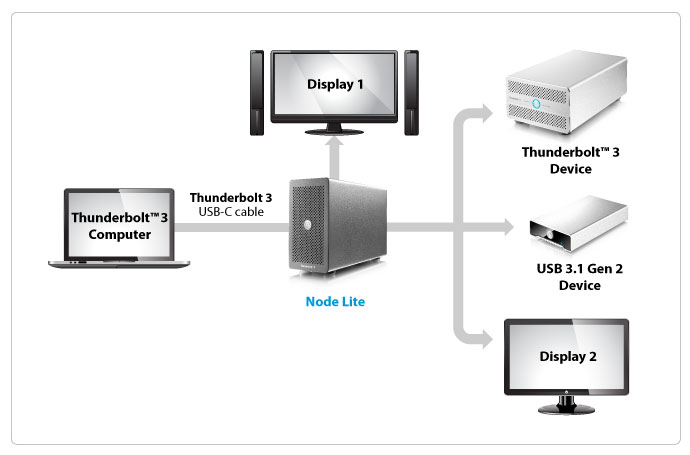 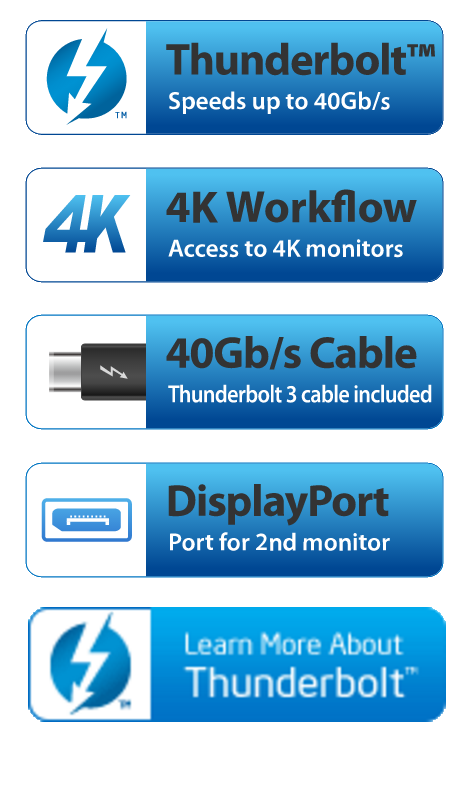 Thunderbolt 3 brings Thunderbolt to USB-C at speeds up to 40 Gbps, creating one compact port that does it all – delivering the fastest, most versatile connection to any dock, display, or data device. For the first time, one computer port connects to Thunderbolt devices, every display, and billions of USB devices. A single cable now provides four times the data and twice the video bandwidth of any other cable, while also supplying power to bus-powered devices.

What Ports does the Akitio Node Lite have?