Hot on the heels of the QNAP TS-453BT3 Thunderbolt 3 Small scale NAS shown recently, and the Optical TB3 based NAS unveiled yesterday, the latest entry into the QNAP family is the merging of two popular QNAP NAS series. Namely the AMD Gold Power, inside the chassis of the Enterprise TVS-x82 Series. This new beast of a NAS goes by the name QNAP TS-1277 and is a 12 Bay NAS server (8 HDD Bays and 4 SSD Bays). The chassis has been improved with the gold colour scheme and inclusion of possibly the most powerful CPU ever featured on a desktop NAS – even more than the Intel i5 and i7 series! 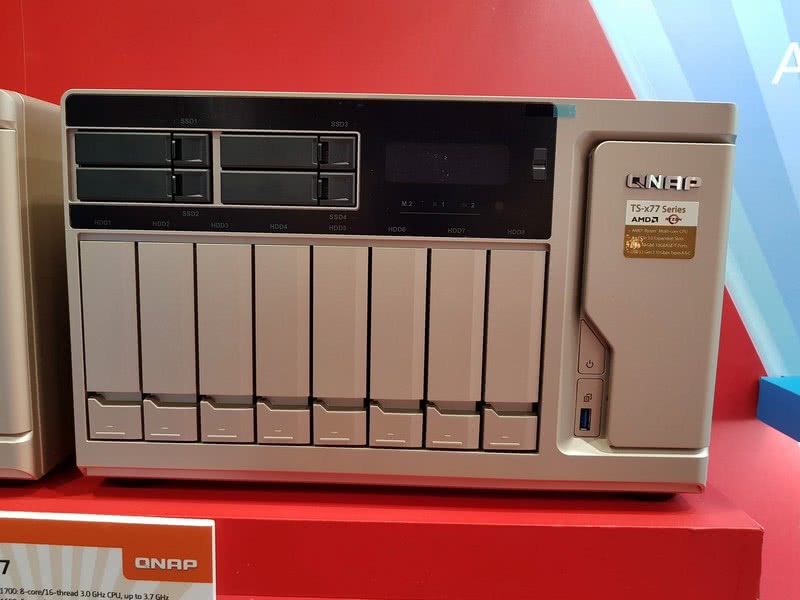 What are the specifications of the QNAP TVS-1277 Gold NAS?

The new TVS1277 actually arrives in a 6 Bay, 8 Bay and 12 Bay configuration and with each configuration, more CPU and Memory Options are available. This advanced 6/8/12-bay business NAS  is available with the following AMD CPU options:

Alongside this the unit arrives with DDR4 memory that can be expanded all the way up to 64GB – an enourmous bonus to those looking to run intensive virtualisation operations or large scale enterprise NAS operations. 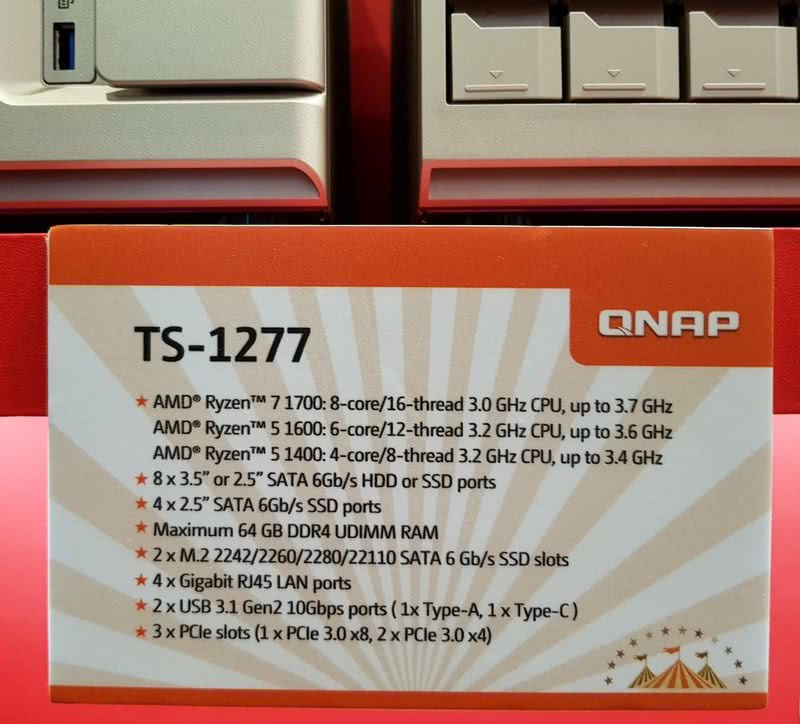 What are the connections, ports and hardware options of the QNAP TS-1277 NAS?

Alongside the CPU and memory inside, the NAS device features a host of  Connections, upgrade options and more. It features dual M.2 SATA SSD slots, supports expandable 10GbE/40GbE connectivity via PCIe upgrade slots, compatibility with AMD or NVIDIA® graphics card for QTS video & transcoding applications, as well as ready access in virtual environments and is ideal for tiered storage, I/O intensive and virtualization applications of all kinds. To summerise, what we know is: