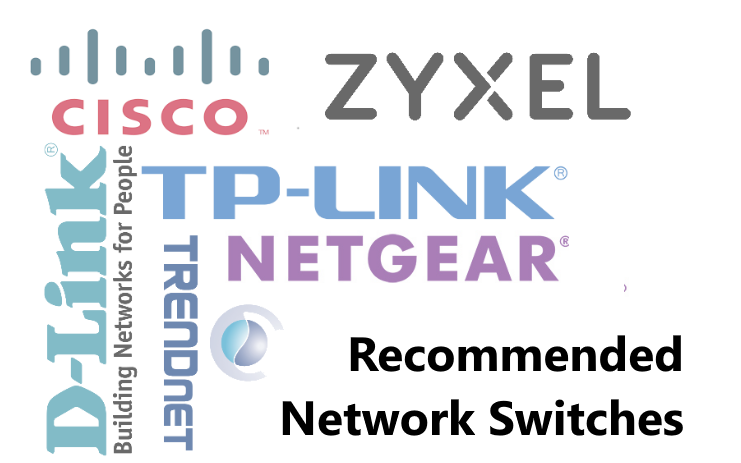 The Best Network Switches for your NAS

A network switch is a smart means to manage, control, configure and connect all of your network devices. Many people often get routers and switches confused and this is perfectly understandable. At first, second and third glance they seem near enough identical. A both that lives in the corner of a room, with internet (I know… but let’s keep this light…RJ45 LAN in most cases) cables running out of it to all of your devices and they seem to receive internet connectivity from them. However the truth is a bit more than that and they are actually designed to work together, rather than one or the other.

What is the difference between a router and a switch? 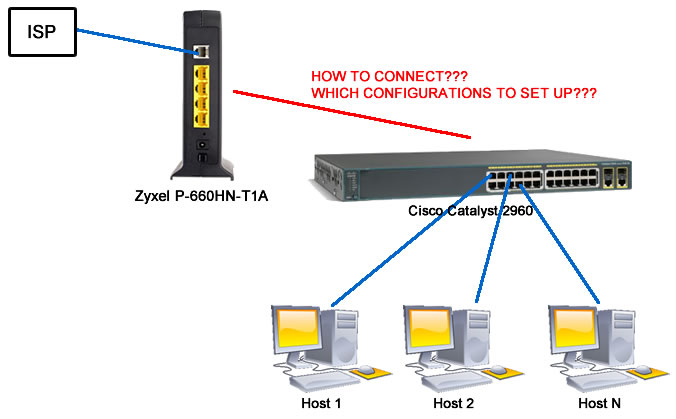 The easiest way to know the difference between a router and a switch is that on is designed to control your external connections primarily – a Router, and the other is designed to control your internal connections – a Switch. That said, both routers and switches have been utilising a number of the abilities of the other for a number of years, but ultimately each one is the very best at it’s job.  A router sends and receives data packets in and out of the network (so the internet connectivity) and sends them to 1-4 (typically) LAN ports built into the router. Data is then sent and received to he connected machines and the router protects the user from unwanted/unsolicited connections via such means as firewalls, encryption and user credentials. A Switch is a means to add more LAN connects to your router, to have a better control of access, priority and bandwidth (the maximum data flow – like a water pipe) and to vastly improve the internal connects of your devices. Most moderns routers can do this, but to a much, much lesser degree and it is advised that those that want to do this effectively, safely and efficiently should use a network switch.

How do you set up a Network Switch for your NAS?

Most network switches are designed to be plug and play. That means that to initially use should simply be a matter of connecting the devices and everything will communicate without your intervention. Typically you should already have a router setup in your home or office and you simply connect the switch via a LAN port on the rear to a similar LAN port of the router. Then you can start connecting devices to the other LAN ports on the network switch (number of available LAN ports are dictated by the model you choose, but can normally as as few as 4x ports or as many as 24x and above). When setting up your switch with a NAS, you just need to connect the NAS to an available LAN Port on the network switch just like any other device. The result will be that the NAS will be visible to everyone on the network (via an IP that you put into your URL bar such as 192.168.0.X where ‘x’ is the port number you plugged in) but also that the NAS will connect to the internet through the switch, to find the router, to access the internet and visa-versa as needed.

What are the key factors to consider when buying the right Network Switch for your NAS?

Choosing the best Network Switch for your needs (for NAS, Online gaming, Home security or an office network) can depend on a number of key factors. All Network Switches have some or all of the factors below, but the more features you want, the higher the cost. So take a look and choose which features are the most important for you.

Also known as LAG and Port Trunking, Link Aggregation is the ability for a device that is connected to the network switch with more than one LAN port connected, to upload and download at an increased rate. think of it as straws in a milkshake – the more straws you use, the more you can consume and faster. This is a feature largely unavailable on most routers and only on smart switches. Likewise you should remember that you will only see the true improvements in accessing the link aggregated device (NAS most commonly) if you are connecting with a device that is also link aggregated with more than one LAN cable. That said, you WILL see a little improvement in communication even if your PC/Mac is on single LAN connection 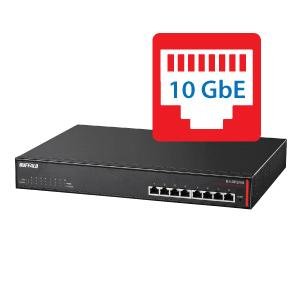 If you haven’t heard of 10 gigabit Ethernet yet, you WILL soon enough. It has been around for a long time but due to the complexity of things like SFP (fiber) and it’s price, it has largely been a business/enterprise feature till recently. Now with prices being far, far more affordable, the growth of copper connects in 10-BaseT (so 10GBe connected with the exact same cables and ports as traditional 1Gbe – RJ45) and finally the size files getting bigger and bigger (from high resolution movies, the raw camera images and audio quality improving), the result is that having the devices in your home or office network transmitting files to each other faster has become more and more necessary. The different between standard 1GBe networks and 10Gbe networks is…unsurprisingly…the speed! Any devices with a 10Gbe port that connects to a 10Gbe enabled switch will see the available top speed with upto a 10x increase. The bottleneck of your network speed/bandwidth is now lifted. Most network switches that include 10Gbe, also connect 1Gbe too, so you will still be able to connect all you other devices until that newer 10Gbe versions come out or you install a 10Gbe card in them as available. 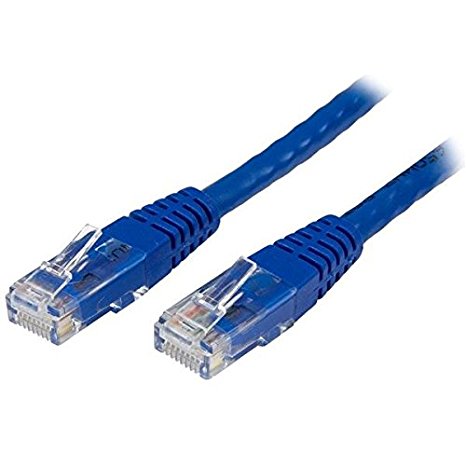 As mentioned above, RJ45 is the typical connection of almost all network devices. ALL network switches include them (with others too, depending on the unit you buy) and you can connect anything with another RJ45 network port (what most people typically think of as the ‘internet port’) and the plug n play nature of the connection will mean that it will connect almost instantaneously.

SFP or SFP+ is a far, far more enterprise level connection. It is designed to let you connect devices from a far, FAR bigger distance (typically found underground or ran into the walls) it not only does not lose it’s speed (latency) over distance as RJ45 is prone to do, but you can change the connector on the ends (know as transceivers) to enabled even faster connections of 20Gbe and 40Gbe at both ends. Just be sure to check compatibility at either end first. Unfortunately this is a much more expensive connection of choice and largely left to those of a high end enterprise nature.

As the name suggests, a managed switch is a network switch that can be accessed remotely (either over the network or internet somethings) and after logging in with approved credentials, gives you the ability to control, ratio and supervise your network. It gives you the ability to assign priority to different devices, restrict others and change the network landscape of your home or office to be more efficient as needed. An unmanaged switch does not provide most of these features and typically arrives with defaults built into the interface to manage connections. Typically you will find managed switches are more expensive to the CPU inside, the configuration and flexibility, whereas unmanaged switches require much lesser hardware on-board and therefore are lower in price.

POE or Power over ethernet if the ability to supply usable power via the network/ethernet cable to the connected device. Some devices do not need a vast amount of power to operate (some IP Cameras with POE, alarm systems, etc) and therefore rather than having a mains power cable and available plug point, they are powered just by being connected to the switch. This is especially helpful for devices that are located in remote/high areas where a mains power connection is difficult or hard to disguise/protect.

Network Switch and a Powerline Adapter

If you are using a network switch for creating a whole new network of devices in another area of your home or office, then you may want to invest in a pair of powerline adapters alongside your switch. These let you set up an entirely new network (or expand on your existing one) in another room that is far away from your original router and/or internet access point. They work by sending network connectivity and data packets along the electrical circuits in your building. You simply attach a powerline adapter in a plug point close to your router, and then connect them with a normal LAN cable (RJ45). Then connect a 2nd powerline adapter in the room you wish to establish the network access point. Then connect the 2nd powerline adapter to the switch, and bobs your uncle – you are now set up!

What are the Best Network Switches for NAS in 2018

There are so many kinds of network switch out there that it is all too easy to get lost. Don’t worry, we have selected a few of the very best network switches out there for NAS, gaming, home and office use. Below is the best switches available (by user-review and feedback) from brands like Cisco, Netgear, TP-Link, D-Link, Linksys, Trendnet and more. Take a look below and see which network switches is best for you.

What is the best Gaming Network Switch for NAS in 2018

What is the Cheapest 1Gbe Network Switch for NAS in 2018