After the early success of the QNAP NAS + Switch combination of the Guardian Switch in late 2019, it wasn’t a huge surprise that QNAP was going to do more with this product series. However, I did not expect a reveal so soon into 2020 in this range and this might well be an early ‘best NAS product of CES 2020’ from me, with the reveal of the frankly staggering 10Gbe, 5Gbe and 2.5Gbe enabled NAS and Switch device – The QNAP QGD-1602P Device. Featuring a change of CPU to the original previous release, this has taken the logic from the QNAP guardian, then dialled almost everything upto 11! So, what has this device got me so hot under the collar and what makes it stand out at CES2020? Let’s take a closer look.

Much like the QGD-1600P, the newer release of the QNAP QGD-1602P provides us with a NAS Drive that also contains a 16 port PoE managed switch (or visa-versa, depending on your buying priority). These two sub-systems work within a single chassis, but with their own separate boot on/off protocol. I will go into more detail on the software side of this device below, but let’s take a look at the chassis and under the bonnet for the hardware available on this device. The QNAP QGD-1602P features: 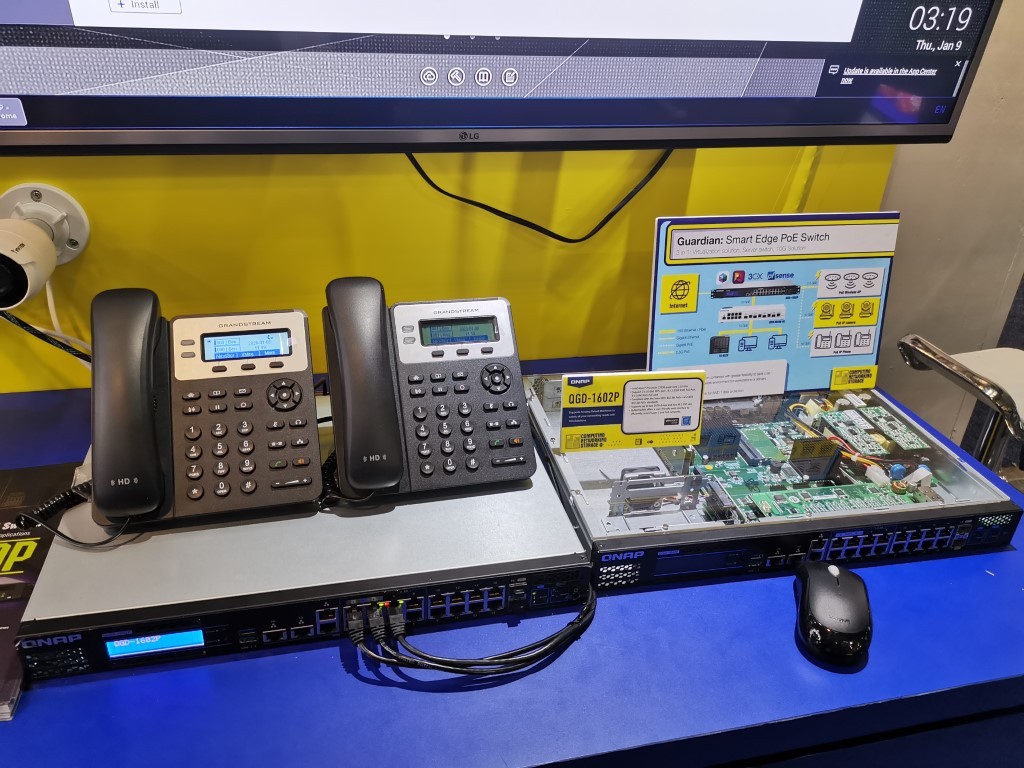 What are the Software Specifications of the QGD-1602P Network Switch and NAS Hybrid Device?

As you would expect from a modern QNAP NAS, the QGD-1602p arrives with high levels of support for the QTS NAS system, with its hundreds of applications and abilities. Alongside this is the QuNetSwitch platform that manages the switch and network traffic of this device. The managed switch software can be accessed remotely and independently of the NAS (in case you are re-booting the NAS or want the NAS powered down, but the switch maintained to the network of users), but can also be accessed via the QNAP QTS software and mobile apps if you want – giving you a flexible and manageable means of accessing the device and controlling everything. The QNAP NAS software and QuNetSwitch provide software support for:

When will the QNAP QGD-1602P NAS Be Released?

QNAP and CES have always been an area of interest, as they always put on a heavily product filled show and CES2020 has been no exception. However, it has always seemingly been the time when the products unveiled do not see the light of release till the spring/summer, and I do not think the QNAP QGD-1602p NAS Switch will be an exception. I think we will have to wait till at least April/May 2020 before this device is fully released, as not only is it a marked upgrade on the QNAP Guardian (no doubt with a steep price tag too), but also because this is SUCH a jump from the QGD-1600p that it may well be a prototype. We will certainly have to keep an eye on this device to see what happens. 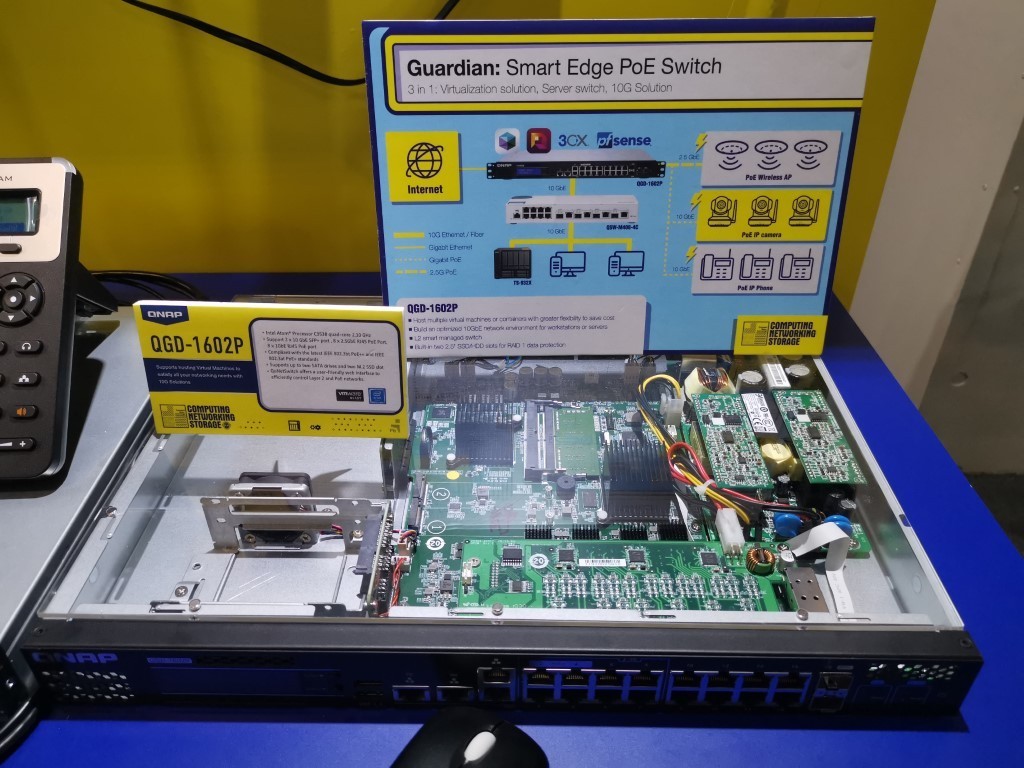 What Price Will we expect the QGD-1602P QNAP NAS+Switch to be?

It will come as no surprise that the QNAP QGD-1602p will likely be a good chunk higher in price than it’s predecessor. The two are not identical of course, with the newer QGD-1602p NOT arriving with HDMI out, or 4K graphical support, as well as the more file functional CPU, these are areas where the price will come down. However, the appearance of 10Gbe and 2.5Gbe on the switch, as well as 4 LAN on the NAS (5Gbe and 1Gbe), will make a jump in price that will likely push this device into the £700 price bracket. Just remember that in buying this device, you are receiving TWO solutions, not one and both a NAS at this hardware level and a managed 10G/2.5G 16 port switch would cost serious money when bought separately.

What is the Current Alternative to the QNAP QGD-1602P Switch & NAS?

Unsurprisingly, the best current alternative to the QNAP QGD-1602p NAS Switch, is 2019 released QNAP QGD-1600p Guardian switch. Arriving at a likely lower price, more graphically enabled (both over the network/internet AND local of HDMI 2.0a), as well as with a 4K enabled Intel Celeron J4115 CPU that has never featured on another NAS platform, it is still a remarkably solid choice and still going strong into 2020.