If you are reading this, then chances are you are already familiar with the media application Kodi. Why wouldn’t you, it is a fantastic application, effectively free and with a low system resource requirement, it has fast become the biggest Media collection application to rival the likes of Plex and online streaming services like Netflix and Amazon Instant. If you have been enjoying Kodi and it’s means to stream media from its many, many free add-on services and channel, I have bad news for you – it is becoming increasingly difficult and more over is becoming increasingly easier to break the law, often without you even knowing you are doing it! 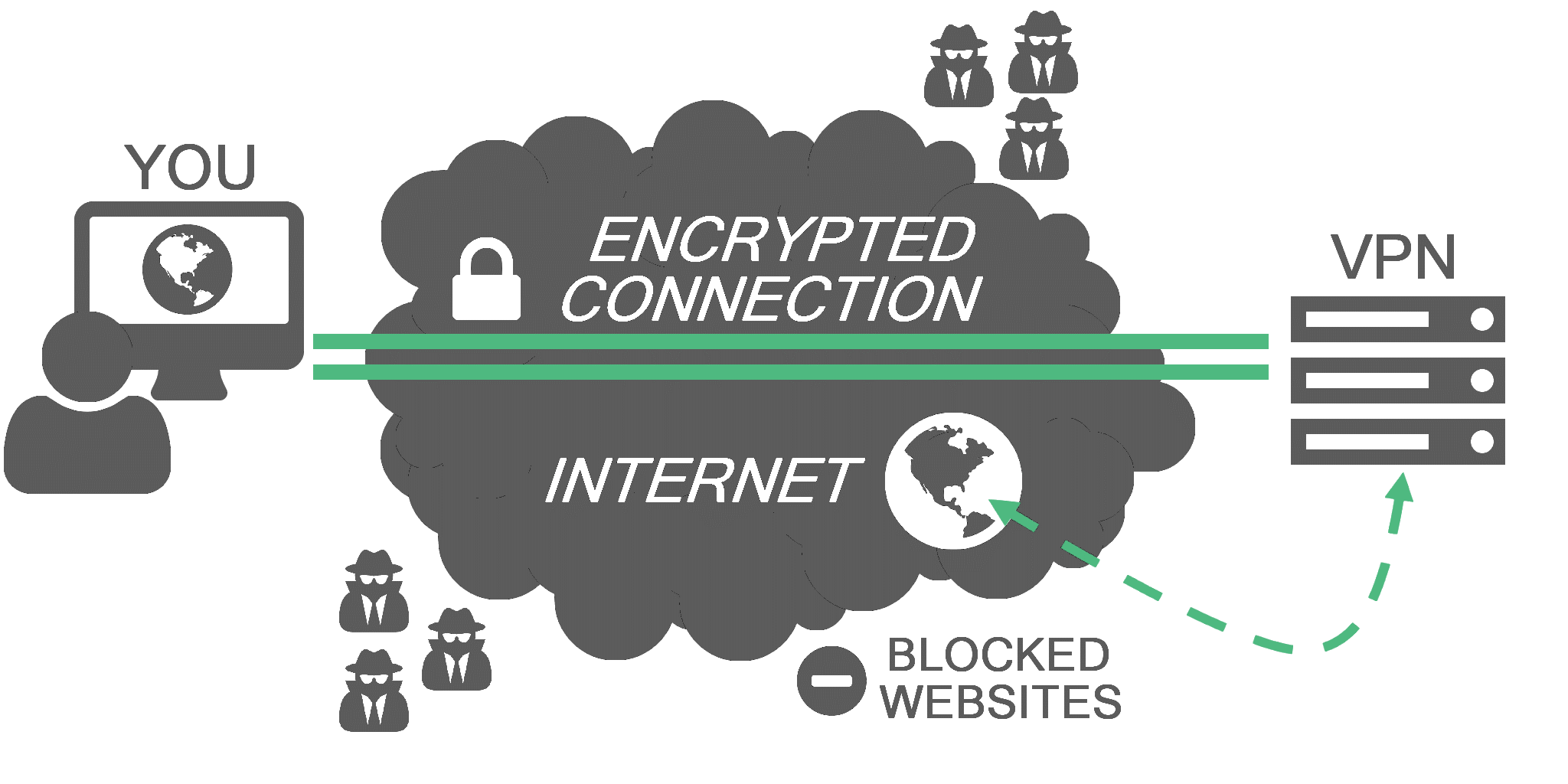 Throughout much of 2016 and 2017 your internet activity and behaviour has been monitored and recorded. All the websites you visited, all the exchanges you made whilst on them and most relevent to todays article, your Kodi Streaming History. This has been actioned in many first world countries such as the US, UK, most of Europe and Australia. That means that if you went somewhere you shouldn’t or accessed content you do not own, you were in all likelihood breaking the law. 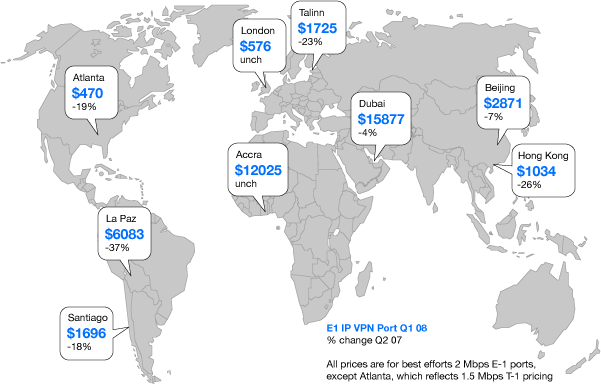 WHAT! Why is my ISP monitoring my Kodi data and how is this legal? 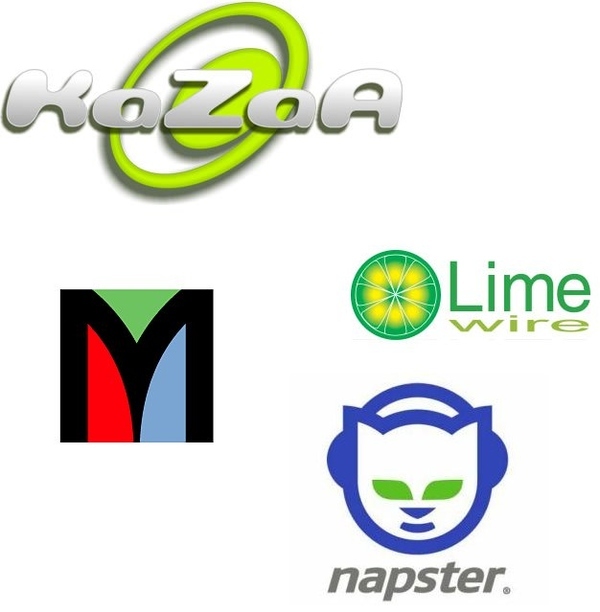 For over 30 years, ever since the hay days of a man in a pub with a bag of pirate VHS films (as in recorded in a cinema with a camcorder, not blue beard and his chum’s holiday snaps), copyright infringement and content ownership violation have been an ongoing battle between content creators and those looking to make a quick buck. Law enforcement, industry watchdogs and the entertainment industry as a whole have been pursuing those violating copyright law in a number of evolving ways. You cannot really blame them, The industry cannot work without funding and such illegal copies are created and distributed fully outside the economic food-chain – i.e. the makers get nothing, the distributors get nothing and the cinema industry gets nothing and shrinks ever smaller. Over the years the pursuit of individuals violating this copywrite law has moved from the man in the pub, to the computer in their home. Programs and services like Limewire, Napster and torrenting took the mantle quickly of most efficient means to distribute content via peer-to-peer sharing services like Torrent distribution. Although the software itself was legal, the use that a number of individuals would put it too would be illegal.

What does Limewire and Napster have to do with Kodi and why is the government looking at my stuff on Kodi! 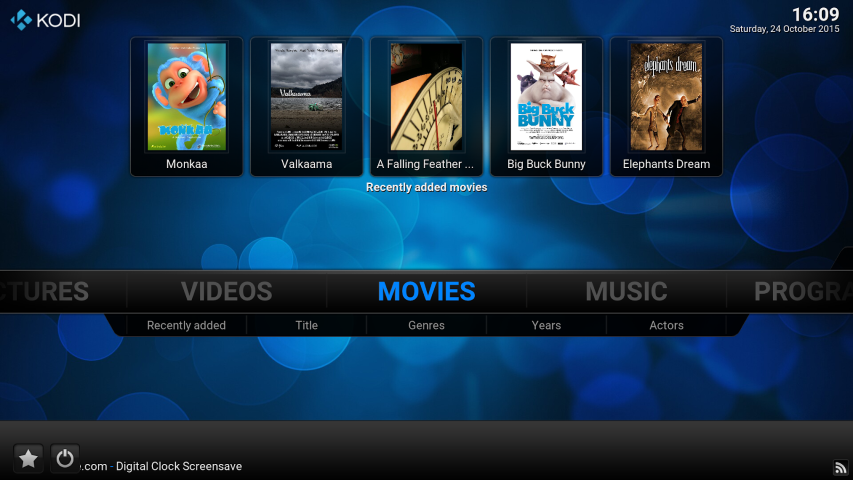 It was around this time that the compunction of ISP and law enforcement to ignore/respect the privacy of online users was slowly dismantled. It became increasingly clear that the only way to prevent this kind of crime was to flag people’s internet use when it crossed certain boundaries. Now most media is largely accessed by streaming them from online sources, the pursuit and capture of online copyright law-breakers to the likes of Kodi and it’s media streaming add-ons – because like watching any YouTube clip or Google search, your ISP have a record of this visit and your behaviour.

This information is now made available to the police and law enforcement. I cannot say I agree with the sad invasive manner that this has come too, however you can hardly say it is unjustified. If someone continuous breaks into your house and steals your stuff, you can hardly be blamed if you put up and few cameras and bug a bigger guard dog.

Ok, I get it, people steal stuff. But I don’t steal stuff and they are still watching me. Why do I need a VPN for Kodi?

You would be flabbergasted just how easy it is to break copyright law. A user can upload illegal and unreleased publically content to anything from YouTube, to a forum and by the simple act of a click of a link, you just unwittingly broke the law. Worse still, with horrendous advances in malware, virus’ and ransomware, you can sometimes break the law and not even realise it. Finally, less threatening but still inconvenient is accessing content (through legal means) that is deemed blocked/unreleased in your region of the world. Internet service providers work with many online media providors to keep in place certain blocks (fair and foul related) generally for two reason. One good and one bad:

1, To ensure that you are unable to access illegal content (either accidentally or on purpose) to uphold copyright law and protect you and your family from a visit from the police.

2, Sadly it is also true that these blocks and control are often used to push content from sites that your ISP or connected parties have a vested interest in promoting. That kind of behaviour can easily lead to paywalls on websites and alternatives being blocked or diverted against (see Net Neutrality)

It is because of reasons like this that have a VPN on your Kodi media setup is becoming increasingly important. Main reasons for using Kodi with a VPN enabled are: 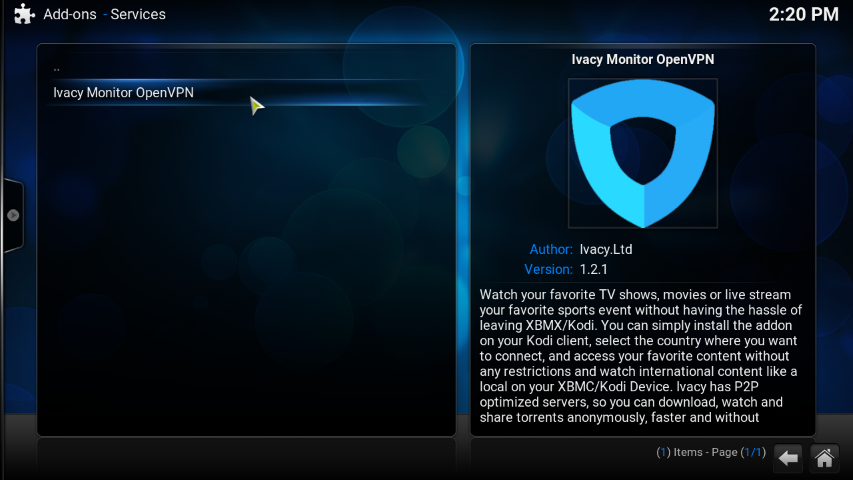 Ultimately you should NOT think of using a VPN with Kodi as a means to evade the law – DO NOT BREAK THE LAW – use it as a means to protect your identity and access content you have unfairly been restricted from.

Right, I understand copyright law and won’t break the law. But, is Kodi legal? 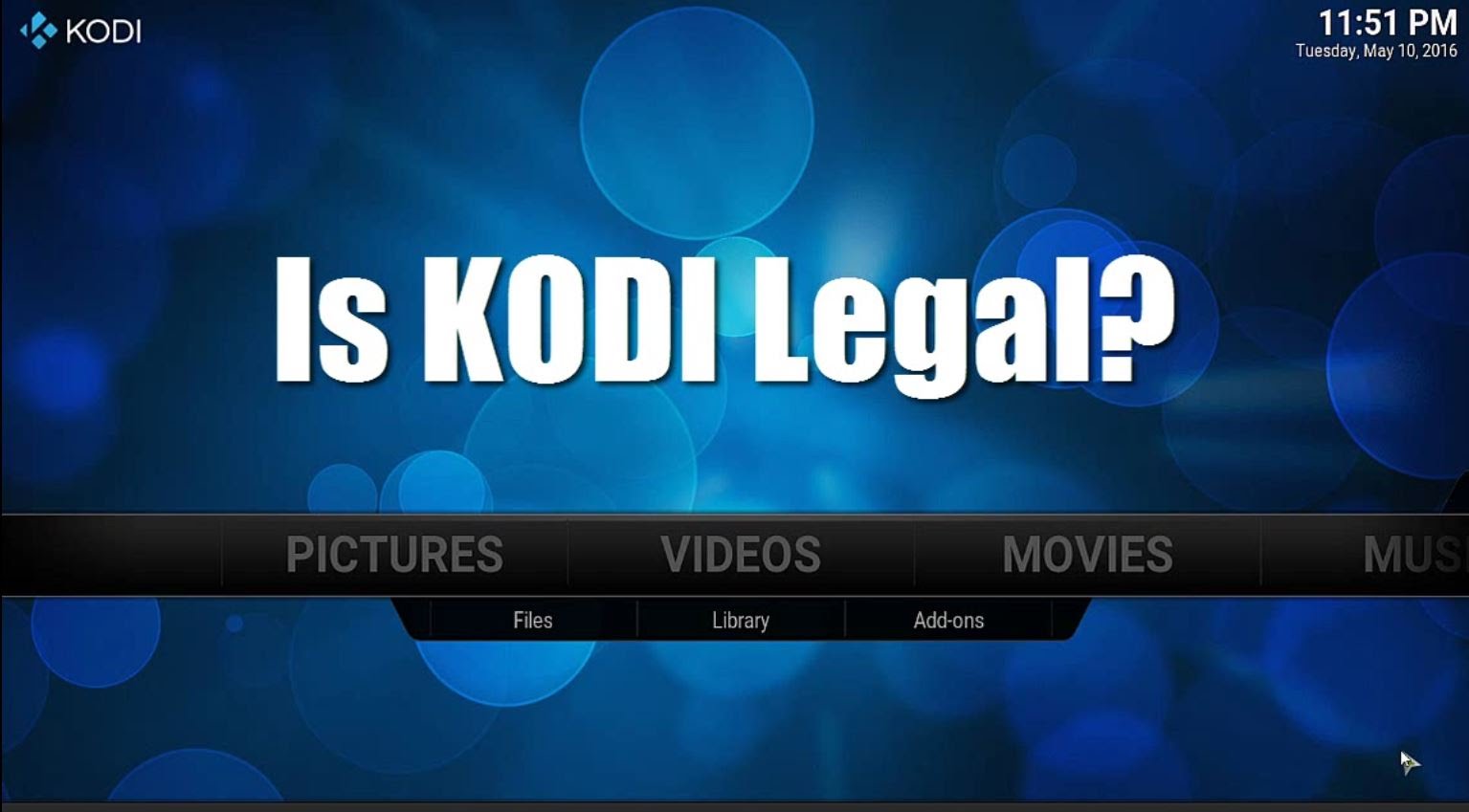 This is a fair question and the answer is YES, Kodi is completely legal in the UK, the US, all of Europe, Canada and the world over. It is when it is used as the means to view copyrighted content without payment to, or permission from the owners – THAT is when things go downhill fast! Kodi will only serve to support the content you watch or place in its reach indifferently. However the minute you start using streaming services that provide illegal content, or fill up your NAS with illegally torrent downloaded content (once again, torrent use and P2P illegal, but the files have the potential to be), then you may well be streaming illegally…i.e. Cars are perfectly legal, but you use one as a getaway vehicle when robbing a bank and you are breaking the law.

What is the law and legal stance on Copyrighted content being streamed via Kodi in different countries?

Depending on the country you live in, the rules regarding your online behaviour and history being tracked do differ a little. However a number of key elements remain the same:

In the United states, your ISP can legally record your online activity and behaviour, as well as pass this data on to third parties (a rather worrying statement as it suggests your data can be sold). The United states is also home to many of the most sensitive and extensive copyright laws across the globe known as DMCA law). SOme of the largest media establishments and content distributors (such as the popular streaming service Netflix and Amazon’s own online streaming service) are working with ISP the world over to push hard on people using third-party streaming services, such as those available to add to your Kodi software.  Additionally at their disposal are teams of lawyers who pursue alleged copyright infringers with threatening letters (otherwise known as DMCA notices), confiscation of computers and massive fines to set those who are guilty as examples to scare others to comply.

If you thought things were better over the other side of the pond, you are sadly mistaken. They have near identical punishingly strict laws on copyright infringement (Confiscation, fines and even a spell in prison). Under the relatively recently corrected UK’s Digital Economy Act 2017, using Kodi to stream illegal content or buying pre-setup Kodi Box streamers, could result in up to 10 years prison for copyright violations and piracy law breaking. The UK government has already started working with stores and online retailers to crack down on people selling pre-configured Kodi boxes (with full access to illegal add-ons) and though it is slow work, it is taking effect. There is also a growing initiative to block all unauthorized addons and streams via your Internet service provider directly. Not only are these streaming locations blocked by attempted to access them are of course recorded and available to those who investigate your history.

The Rest of Europe and streaming illegal content via Kodi

Whichever way you look at it, the evidence needed to reinforce country-wide monitoring of your internet behaviour is overwhelming and hard to argue with. Effective immediately, the european Court of Justice in brussels has ruled that streamed copyrighted material, without the permission or payment of the original owner via unofficially permissioned streaming sources is considered an illegal act and fully punishable under European copyright laws with fines and/or imprisonment. Therefore streaming content through unofficial and dubious kodi add-on channels is now just as bad as illegal downloads. There is no denying that actions to prevent piracy are required, but more and more this hits and often takes advantage of others who are not trying to access illegal content.

Setting up and activating your Virtual Private Network so you can start using Kodi without being monitored/blocked is actually surprisingly easy. Below are a few helpful links so you can have your Kodi media setup safe and ready to go explore without prying eyes, within a few minutes. I would recommend using VyprVPN as it is has passed all privacy/security tests and are also located in safe privacy areas and regions (as well as being covered and efficient in the United States and United Kingdom, two heavily tracked areas).

The best way to know a VPN for Kodi is if your hardware vendor of choice either endorses it or have compliant apps for it. It is not in the interest of a VPN provider to spy on your use and using a paid-for service ensures you are not using a service that is forced to obtain its profits/return from selling your data or controlling you. LIke any good dating website, the free ones always produce the most dubious results, whereas the paid-for ones not only have better results, but a far more reliable system of security and reputation to uphold. Use the links below to have your Kodi and VPN setup ready in minutes.

To Sign up for your VyprVPN today (with a free trial included, so no pressure) click above

To find out how to set up your VPN with your QNAP NAS for Kodi and more, click above

To learn more about what a Virtual Private Network is and how to use it with your Synology NAS and QNAP NAS, click above.