When choosing the best Network Attached Storage (NAS) device for your home or business needs, the last thing you want to do is buy something that is not going to do everything that you want it to do. Too often we buy hardware for a purpose and within days or weeks of buying it, regret that it. Maybe it isn’t fast enough, maybe it is too loud, too limited or too complex. However, many QNAP NAS buyers in 2018 (especially those in the Mac community who deal with storing or editing photos and video) are making a choice about whether to buy a NAS server with or without a Thunderbolt connection. Being typically much faster than other connections, Thunderbolt is now available for both Mac and Windows systems in the 40Gb/s connection, Thunderbolt 3. 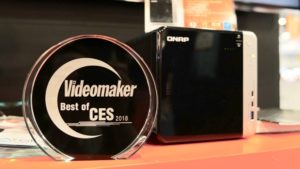 Currently, QNAP is the only brand in the world that has a thunderbolt enabled NAS server selection (they invented it), so it does make your choice a little easier. But do you need a thunderbolt connection? Is it worth the extra money? In order to keep costs lower, QNAP have very recently released the most cost-effective thunderbolt 3 NAS they have ever produced, the QNAP TS-453BT3. This new award-winning NAS arrives using the same chassis design, CPU and Memory of the 2017 released QNAP TS-453B, but arriving with new additions and a few qweeks. But which should you buy? The New Thunderbolt 3 enabled NAS or the tried and tested fully-featured non-thunderbolt NAS?

Before I get down to which of these units is better at what task, I think it is important to know the things that BOTH of these QNAP NAS devices can do. So, whether you decide upon the QNAP TS-453BT3 or the QNAP TS-453B-4G, you will definitely be able to: 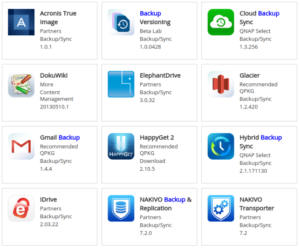 QNAP NAS has been easily the most innovative network attached storage brand of the year and when they adopted the popular mac and windows based connection, Thunderbolt, into their NAS devices, they knew they had struck gold. Thunderbolt NAS has been around now for 2 years and in that time, QNAP has heavily invested in this technology (they are currently the only provider of a Thunderbolt-enabled NAS server in the market and capitalize on this). As they have explored the viability of this form of connection, they have released several waves of units, each very distinctive and aimed at different thunderbolt users.

The TVS-871T was a basic unit by today’s standards, featuring TB2 but not really pushing the boundaries of its versatility beyond file access. The follow-up QNAP 82T NAS series was a much more featured device, with the ability to cross the Thunderbolt connectivity and enable upto 4 Thunderbolt users to access the NAS at once via TB2 or TB3, whilst still using the device as a NAS server for many, many more users. Additionally, the TB connection enabled users to connected and then access 10GBe connectivity, using the 82T series NAS as a Thunderbolt-to-10GBe switch. Finally, the inclusion of improved hardware in the form of SSD bays, m.2 SSD slots, HDMI 2.0 and more mean that these features and functionality really stood out!

However, the most common stumbling block for many was the price tag. Both the TVS-871T and the TVS-82T series was considerably more expensive compared with the ordinary non-thunderbolt NAS range from QNAP, often by £1000’s. Hence the release of the more cost-effective and stripped down thunderbolt 4 Bay, the QNAP TS-453BT3. Arriving at a much lower price point and still retaining many of the appealing features of the 71T and 82T series, this new thunderbolt NAS for 2018 arrives with a much more mainstream CPU and RAM options. Below is a specification comparison of the TVS-682T and the TS-453BT3:

As you can see, the main price saving has been made by the removing of that DDR4 memory, that i3 CPU, SSD Bays and a few other hardware perks. This slices a cool £500-600 from the price.

What is the difference between the QNAP TS-453BT3 and the TS-453B NAS?

There’s no denying that the TS-453B from QNAP is easily one of the best NAS that I’ve ever seen. if it wasn’t for the fact this NAS has a slightly higher price point than most of its competitors, it would have been one of my favourite NAS of the year in terms of hardware and options. Featuring a culmination of ports and access that have been developed over older units over the last few years, the TS-453B represents the perfect NAS for all users that want both direct access and network access to their data.
As mentioned, the internal hardware is almost identical on the TS-453B and TS-453BT3, with that quad-core Intel J series CPU and 4 or 8GB of DDR3 memory. This device can handle most network data needs with ease. In terms of design and hardware access, the biggest difference between the TS-453B and TS-453BT is their choice of direct attached storage access options. Though both utilise the new popular USB-C connection, the TS-453B gives you USB 3.0 access, whilst the TS-453BT3 providesThunderboltt 3 and even USB 3.1 access too if your port supports it.

Of course, that is not all, the TS-453BT3 has hardware features that many do not even realise are there. I am talking about the inclusion of that 10Gbe and M2 SSD cache card. The TS-453B arrives with an empty PCIe slot, giving you the ability to add any number of pcie-based expansions. One of the most popular of which is the dual RJ45 10gbe card with onboard dual M2 SSD cache. This card retails for well over £250 and is included in the QNAP TS-453BT3. So, in other words, buying the TS-453B does not deny you these ports but you will have to buy these ports at a later date if you want them. Additionally, you will not be able to upgrade your TS-453B to thunderbolt 3 connectivity as QNAP do not currently have plans to market and sell a thunderbolt 3 enable PCIe expansion card, something you would be well to remember at the point of purchase. 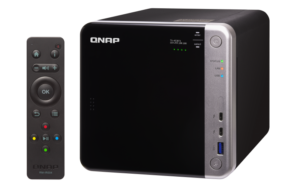 You need to factor in more than just Thunderbolt 3. One look at the speed tests published above from QNAP themselves tell you that although this device arrives with an incredible fluid and accessible platform, the CPU creates a slight bottle neck that will mean that , even with SSD, you are not getting true TB3 speeds. If you are looking for a fast TB3 device NAS, then you should look at the likes of the QNAP TVS-682T and above. However it is when you consider the additional m.2 SSD slots of chaching and that lovely 10GBe network port (RJ45) that the justification for buying the TS-453BT3 over the TS-453B can be justified. These three component connections/features cost more than the price difference between these devices and therefore if you require just two or all three of these facilities, then you are more than justified in buying the more expensive TS-453BT3 NAS in 2018.

That said, the QNAP TS-453B is still an incredible NAS 4-Bay and expandable in oh so many ways. So if you are still unsure about the viability of Thunderbolt direct file access, whether you will see the benefits of m.2 SSD caching, or doubting whether you will make the switch to 10GBe connectivity – the the TS-453B is still one fo the best 4-Bay NAS that you can buy in 2018. Featuring every port, connection, access and means to use your data that should be possible in this modern age of data storage. The device was good enough to place 3rd in out top 4-Bay NAS of the year and still continues you be used by home and business users alike.

How to the Specifications of the TS-453BT3 and TS-453B QNAP NAS Compare?

Below is a full breakdown of the specifications and how they compare. As you can see, they are very similar indeed. The thing to remember is the Thunderbolt 3 Ports, the m.2 SSD Slots and that all inportant 10GBe Port for increases network speed.