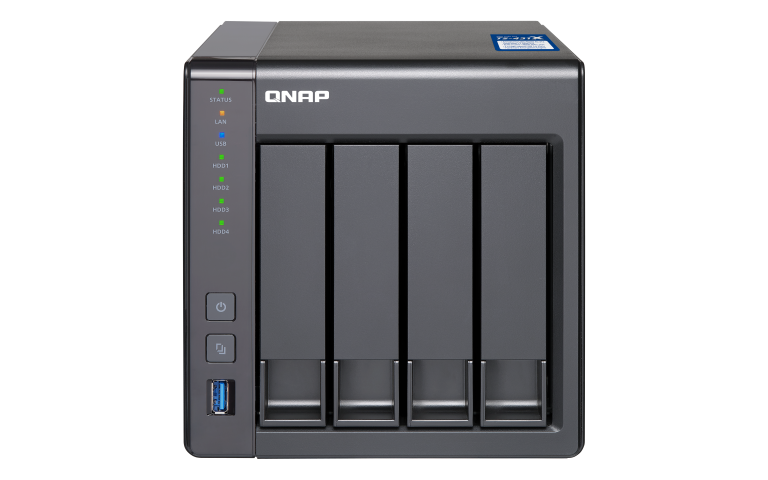 Although there has been several solutions on show from QNAP at the CES 2020 tech event, there has been a very consistent them running through the majority of them. Namely making 10Gbe much more accessible and affordable to home and business users alike. This is now a new thing, as although they were not the first NAS brand to adopt 10-gigabit ethernet into it’s desktop and rackmount NAS portfolio, they have certainly been one of it’s most prolific and innovative developers in the field of network-attached storage. Of all the 10G NAS solutions we have seen revealed at CES from QNAP this year, the most affordable and budget-friendly ones so far have been in the newly revealed QNAP TS-431X3 and TS-431KX 4-Bay NAS. Both serving as the 3rd generation in the TS-431X affordable NAS series, these two NAS have a very similar target audience in mind. Namely, home or business users that want a moderately well-featured NAS that supports 10Gbe for connected users over 10Gbe SFP+ (fiber) either directly, or via a supported switch. Each device, despite both being so targetted at the cost-aware end users, still manage to provide a differing tier of hardware support and hopefully will serve as a new move from the company in it’s more affordable solutions at entry-level plus gigabit environments. So, let’s find out more about the QNAP TS-431X3 and TS-431KX NAS.

What are the Hardware Specifications of the QNAP TS-431X3 and TS-431KX NAS Drives?

Like the majority of budget-friendly solutions from QNAP, these new NAS drives are designed with much more affordable and efficient key components inside. Much like the older TS-431X2, the QNAP TS-431X3 arrives with a conservative Annapurna Labs AL-314 4-core 1.7GHz. This quad-core CPU is an ARM-based processor, so it is able to perform tasks with a much lower power requirement. That said, this CPU are not designed with graphics generation and large scale rendering in mind, so should be considered for much general file handling duties. This CPU is paired with 1 slot of DDR3L memory at 2-8GB.  Each of the 4 SATA bays supports the very latest hard drives (currently the 16TB Seagate Ironwolf 16TB and 14TB WD Red NAS Hard Drives) and there are 3 USB 3 Ports that allow connection of external devices, such as USB Storage drives, Wireless dongles, UPS support, LAN adapters and more.

The QNAP TS-431KX NAS is very similar in its hardware architecture, arriving with an Annapurna Labs AL-214 4-core 1.7GHz. So the same CPU generation as the TS-431X, but is half the number of cores. Alongside this is the same DDR3L memory options and USB ports, but is it when we take a closer look at the network ports that we see a little difference beyond that processor. The TS-431KX arrives with a single 10Gbe SFP+ fiber port, as does the TS-431X3. However, the QNAP TS-431X3 arrives with an additional 2.5Gbe LAN port. This is another growing trend in the network appliances that cropped up in early 2019 and has grown in strength into 2020. This additional 2.5-gigabit ethernet port arrives in copper/RJ45 form (2.5GBASE-T) and is both backwards compatible with older traditional 1Gbe network appliances AND newer 2.5Gbe switches/client devices. Given the growth of data each year, the increase in internet connection speeds and the demands of data access speeds getting greater all the time, this is a shrewd move to include this with even the most budget of the NAS range from QNAP. It is very easy to imagine that this time next year, practically all new QNAP NAS will arrive with 2.5Gbe replacing 1Gbe as the standard ethernet ports, at no additional cost. 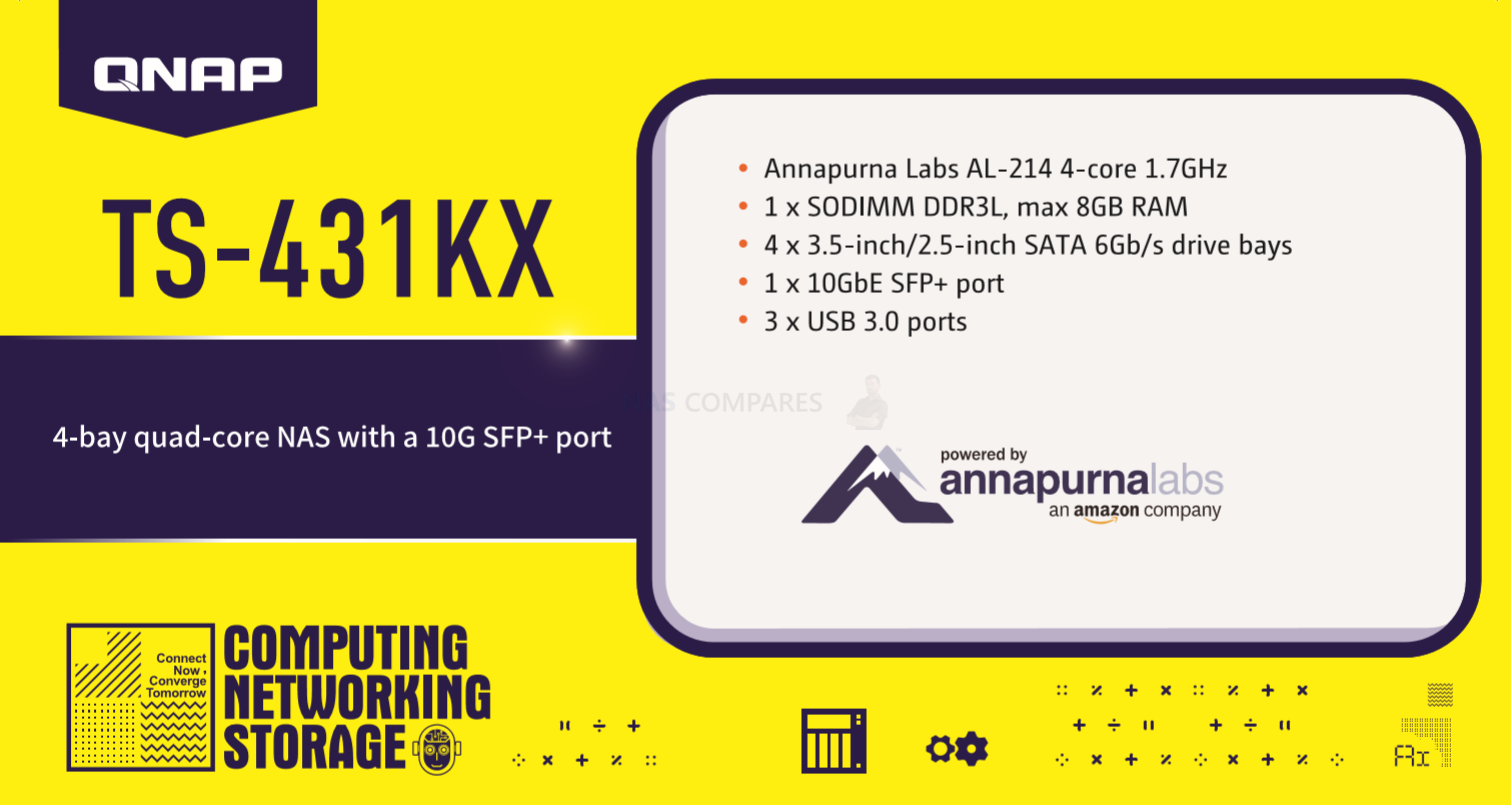 The NAS chassis is plastic in design and although not exactly earth-shatteringly different to the older devices, is still a remarkably serviceable design that has been in use for a while now without issue, factoring good core internal temperature control, ventilation, hot-swapping and compact deployment.

What are the Software Specifications of the New TS-431X3 and TS-431KX QNAP NAS Servers?

Both the QNAP TS-431KX and TS-431X3 arrive with support of the QTS 4.4.1 NAS software platform, it’s hundreds of applications accessible via the web browser, client applications for Mac/Windows systems and many mobiles applications. These applications support lots of file management tasks, but it is worth highlight that given the internal hardware available, tasks that require a bit more graphics handling (transcoding, virtual machines, larger-scale surveillance about 20 cameras, raw media editing, etc) won’t perform especially well on these NAS drives. However, the following is a list of applications and real world uses that the TS-431KX and TS-431X3 NAS are suitable for – just make sure you have enough memory for environments with lots of users.

*level of support TBC at launch

These are just a few of the things you can do, as well as your data being protected by a multi-tiered protection and intrusion protection system. This includes 256bit AES encryption options, 2-step verifications, multiple bespoke configurations of security credentials for users/groups, malware protection, a security counsellor app, anti-virus support and more. All of these features and applications are available to hundreds of users just by connecting the device via a single LAN port to your existing network, remaining exceptionally safe behind multiple layers, but still accessible to those that need it.

Despite my saying that the TS-431KX and TS-431X3 are for both home and business users, the inclusion of SFP+ fiber as the 10Gbe port of choice indicates a more small/media business focus (as a first time 10G NAS or as a network backup) and therefore it is likely we will see this released at the start of the spring, around Q1/2 of 2020 (March/April) of the QNAP NAS release year.

The price of both of these 4-Bay NAS should be pretty reasonable to be honest, as this is kinda the whole point of them! With the older TS-431X2 arriving at around £330 ex.VAT at 2GB memory and the 8GB memory model at £460 ex.VAT, I think we can see the TS-431X3 arriving at around £360+ and the TS-431KX at a more conservative £320+, both at 2GB and both without VAT. This is because, despite the improvements of CPU and inclusion of 2.5Gbe in places, these NAS still have to sit in an existing foodchain of other QNAP NAS products and it has it existing in this bracket in order to not ‘rock the boat’ for devices above and below it in the hardware stakes. However, this is just an estimate and of course subject to change.

What are the Alternatives to the QNAP TS-431X3 and TS-431KX NAS Drives?

Shockingly (not) if you cannot wait till the official release of the QNAP TS-431X3 and TS-431KX NAS drive, then the existing and still available predecessor, the QNAP TS-431X2 NAS is still a solid alternative and may well see a dip in price at stores now that a newer follow up is on the cards. Take a look below.

If you plan on buying your NAS Drive from Amazon, please support this website by clicking the button below to take you there. This costs you nothing and we will earn a small commission on anything you buy, and that will help keep this site up and running. It just costs you a click and ensures I can keep helping more users with their data storage needs. Thank you. 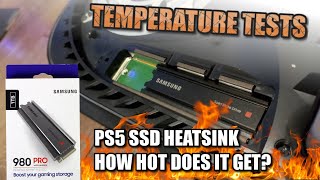