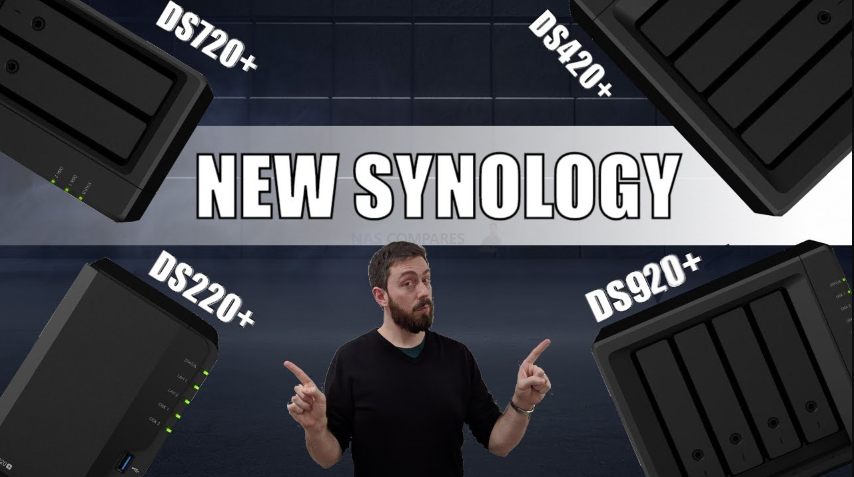 Chances are that even if you have the most tangential interest in the world of storage, servers, NAS and data in general, you will have heard of Synology and their disk station series. Currently considered by many to be the biggest company in the field of network-attached storage, Synology and their Diskstation hardware and software are a company that is not quick to release new hardware – preferring to make the most of their existing hardware portfolio and then releasing software updates and improvement to their award-winning platform with regularity. However, their existing range of Synology 2-Bay and 4Bay NAS just got a massive shake-up for 2020 with the leak of 4 brand new NAS drives for release later this year. Great news for those of us who have been keeping our eyes peeled for news on the newest generation of Synology NAS, with a leak on the data sheets on the 2020 gen NAS – the DS920+, the DS220+, DS720+ and DS420 NAS. These new 2 and 4 Bay range devices are ones that many of us have been keeping a watchful eye out for, as well as the import/export documents that were leaked last week here on NASCompares, and although this is by no means an official or orthodox announcement, they look genuine and seem to indicate the release of the brand new range of Diskstation NAS for summer 2020. et’s take a good look at each NAS and everything we have learnt.

I am pleased to confirm that the hardware and software reviews on the brand new Synology DS920+, DS220+, DS420+ and DS720+ NAS Drive are in. If you are thinking about choosing one of them for your new/first NAS Drive purchase, why not check out the reviews below:

The new Synology for 2020 have now been added to the Synology Taiwan official page, so it looks like these specifications are correct. Scroll below for the full official specs of the DS920+ and DS420+ 4-Bay NAS, as well as the DS720+ & DS220+ 2-Bay NAS drives: 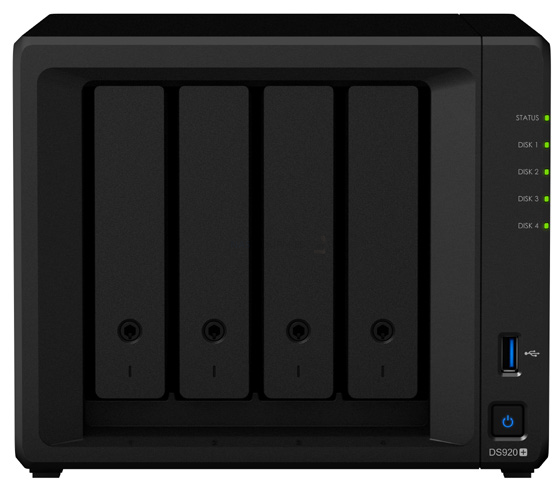 Easily the Synology Diskstaiton NAS that people will be the most interesting needs to go first, the Synology DS920+ NAS is the 4-Bay follow up to the incredibly popular DS918+. Although not quite as big a step forward as some would like, it DOES arrive with one of the best mid-range NAS CPUs out there right now, the J4125 from Intel, it is a 4-core 2.0Ghz CPU, that can be burst all the way up to 2.7Ghz. We have tested this out in Plex with other platforms and it sales past the J3455 CPU that is found in the DS918+ before it, thanks to HD 600 embeded graphics. The DS920+ diskstation arrives with this CPU, as well as 4GB of DDR4 memory that can be upgraded to 8GB officially. In most other regards, the DS920+ NAS is very similar to the DS918+, with 4-Bays of SATA equipped storage, USB 3.0 throughout, an expandable eSATA port for connecting the DX517 expansion chassis and two NVMe SSD bays built into the base for excellent SSD options (though they are not available for raw storage, unless this changes in DSM 7.0). The only area that has left many a little surprised is the lack of 2.5Gbe, favouring two 1Gbe ports like it’s predecessor. This is hardly a deal-breaker, as 2.5/5Gbe is still very new this hardware level, but with it’s featuring on the DS1621xs discussed a wee while ago, this is still a little surprising. Full hardware specifications are: 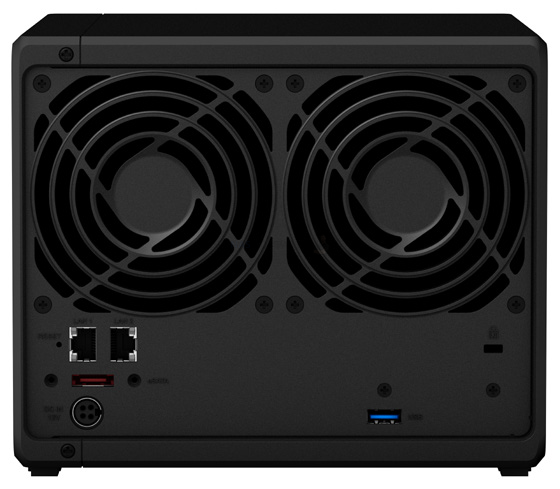 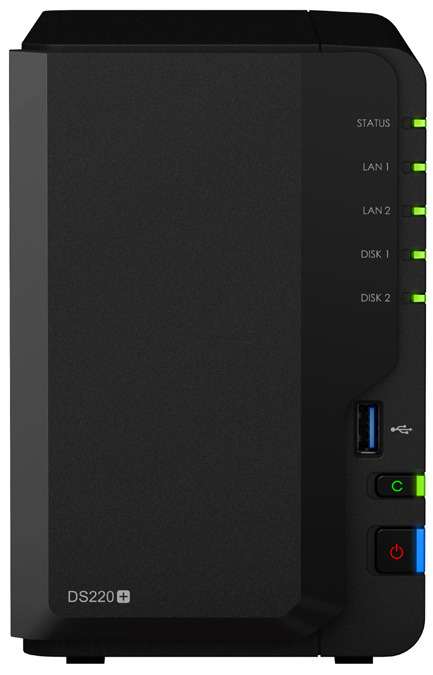 The Synology DS220+ diskstation NAS uses the same chassis design as its predecessor, the DS218+ NAS released in late 2017. It is a 2-bay expandable NAS that will feature an Intel Celeron J4025 Dual-Core processor, 2.0 GHz (that can be clocked up to 2.9GHz when needed). Arriving with 2GB of RAM in DDR4 (expandable up to 6GB going by the older series) and in terms of ports and connects is remarkably similar to the previous generation externally. The DS2xx+ series has always been a firm favourite in terms of hardware power vs value and the DS220+ is easily the most powerful of the range so far. I am, however, pretty glad to see the inclusion of 2x LAN ports, rather than the 1 port and an eSATA found on the older DS218+ NAS. Specification highlights are: 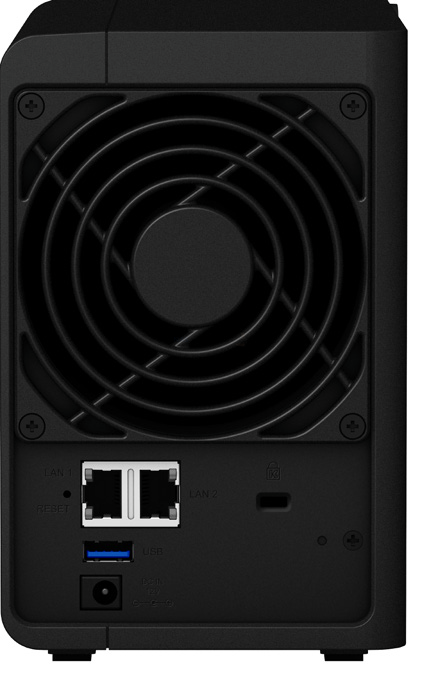 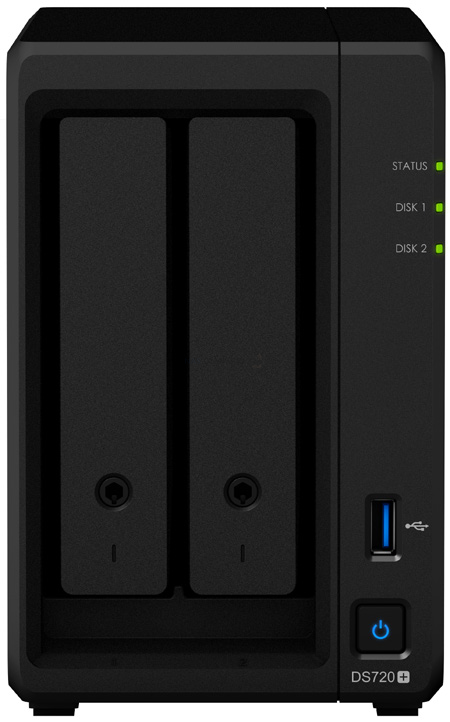 Of all of the NAS that has been revealed in the recent leaks, the one that is the most surprising is the DS720+ NAS Drive. Following on the power-use/prosumer trend of the DS718+ and DS716+II that arrived before it, this quad-core 2-Bay NAS arrives with an Intel Celeron J4125 CPU, clocked at 2.0-2.7Ghz processor per core. According to the spec sheets, the DS720+ is only upgradable to 6GB maximum from the official 6GB, but in the past this has seemingly seemed from a hardware construction limitation and not something imposed by the CPU (one that other vendors have combined with an 8GB maximum). The DS220+ NAS arrives with the 2-Bays as you might expect, which can be expanded to 7 bays total, but utilizing the DX517 (much like the DS218+ before it), but the real kicker here is that they have included the NVMe bays that were a prominent and popular feature of bigger and more powerful 4/5-Byas like the DS1019+ and DS918+. The DS720+ NAS could be a breakout success if it reaches release soon. Further hardware highlights of the DS720+ NAS are: 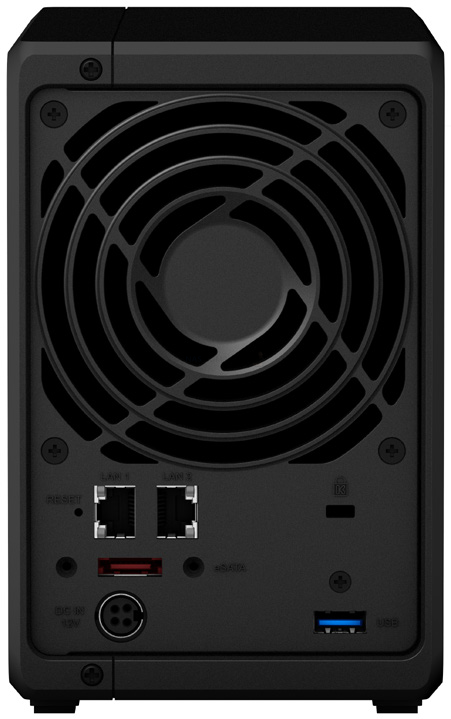 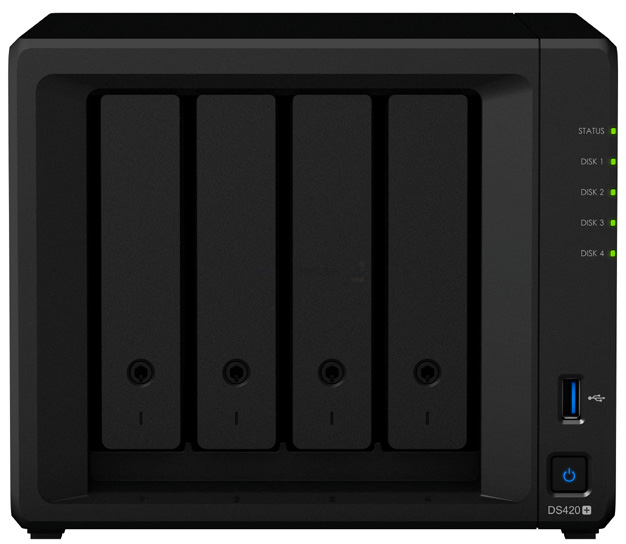 Following up on a much older generation, the new Synology DS420+ NAS is a 4-bay followup to the DS415+ in terms of family releases, but by the look of it will likely be a 2020 follow up to the DS418play released right at the end of 2017/early 2018. Much like the DS415+ and DS418play, this NAS features very similar hardware to that of the DS220+ 2-Bay in the same family tree, arriving with an Intel Celeron J4025, Dual-Core processor that runs at 2.0GHz (that can be clocked up to 2.9GHz per core). Arriving with 2 LAN ports, USB 3.0 as standard and NVMe SSD caching bays (and EXCELLENT upgrade that puts it in the same bracket at the older DS918+), the DS420+ NAS from Synology is definitely a confident move from the brand to make moves of refining their diskstation portfolio. Highlights of the hardware specifications are: 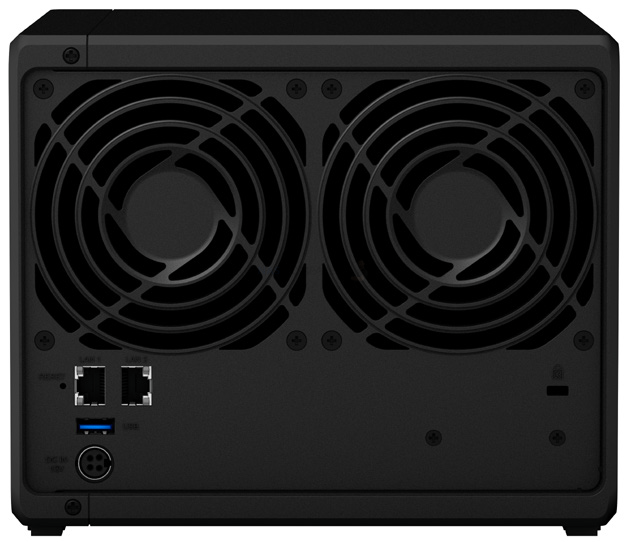 Of course, the release of the Synology NAS for 2020 is the bigger question. I think we can comfortably state a few things if indeed the DS920+ information above relates to concrete product development right now (which we can 99% go ahead and think YES). 1, that the naming of the product into the DSx20+/2020 naming convention relates to it being a release in the first 6-8 months of the year, as Synology typically will assign the YEAR stamp to a model ID when it arrives in the first half (8 months at a push) of the year, with anything afterwards being designated the year after (eg 2021 / DSx21+). The next consideration is, of course, the impact of COVID-19 on all areas of brand production, distribution and buyer engagement. This means that we can certainly consider that the DS920+ (as well as the DS720+, DS220+ and DS420+) in late Summer, early autumn, as seen previously with the DSx18+ series. Many would have no doubt speculated this already (as they did last year for 2019/2020), but still never the less this does seem to be a more formal step in the right direction. Subscribe to stay on top of all new developments on this.