Contents hide
1 How Much Electricity Does A Synology DS1522+ NAS Use and How Much Does it Cost to run 24×7?
2 NAS Power Use Test Setup
3 What is the Difference Between a NAS Drive ‘Active’ and in ‘IDLE / Standby’?
4 How Energy Costs in these NAS Tests were Calculated?
4.1 Test – Synology DS1522+ NAS and 5x WD Ultrastar 10TB Drives
5 📧 LET ME KNOW ABOUT NEW POSTS 🔔
6 Need Advice on Data Storage from an Expert?
7 Support What We Do
7.1 Share this:
7.2 Related

How Much Electricity Does A Synology DS1522+ NAS Use and How Much Does it Cost to run 24×7?

In this energy-aware climate, it can be appreciated that a NAS drive (a 24×7 appliance) seemingly has its cost to the end user in terms of electricity as something of a vague number. With so many kinds of NAS available in the market, featuring a mix of CPUs, PSUs, Bays and utilities, PLUS the wide range of HDD/SSD drives in the market to choose from – there are just so many variables when trying to work out how much power your NAS drive is using and how much that is translating to in your monthly energy bill! So, today’s article is about working out how much electricity the popular Synology DS1522+ NAS and WD Ultrastar 10TB HDDs (Western Digitals Higher Class Data Center line of HDDs) will consume, as well as how much that equals to you in £, $ or € per day, month and year! We tested the Synology NAS system, connected them to an energy monitor and worked out how much power they used in full active use and in idle. Let’s begin.

Choosing the appropriate NAS drive for these tests was always going to be tough. I DO intend on repeating these tests with several different NAS drives after this in some follow-up articles (the larger article that I will be adding to can be found HERE), but wanted these first few tests to be focused on one of the most POPULAR NAS setups (and the DS1522+ is still one of the most popular Synology NAS the brand has ever produced and the WD Ultrastar 10TB HDDs, as well as identifying the difference between using newer gen CPUs and Larger drives vs using older generation devices and smaller capacity media. This will involve 2x tests on each NAS+Media configuration. Here is a breakdown of the hardware configurations and test architectures:

There are the rates that we will be using to calculate the running costs of the Synology NAS system (and more importantly its Drive setup and CPU usage). 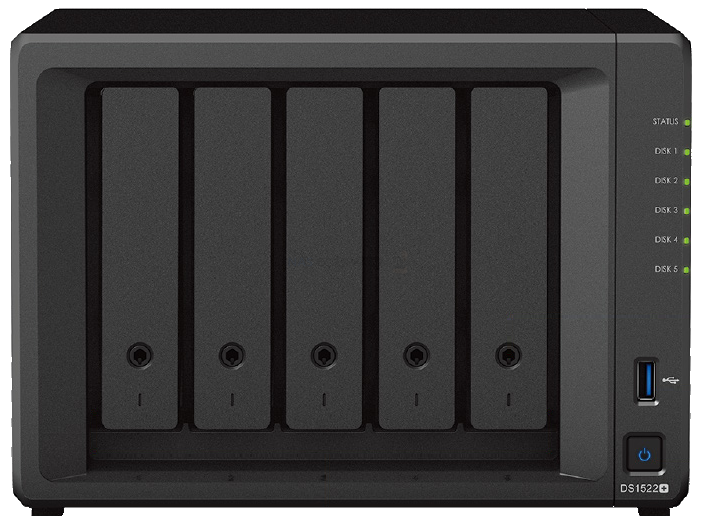 I set the Synology DS1522+ NAS and WD Ultrastar 10TB Hard drives up in the following configuration for the Active tests: 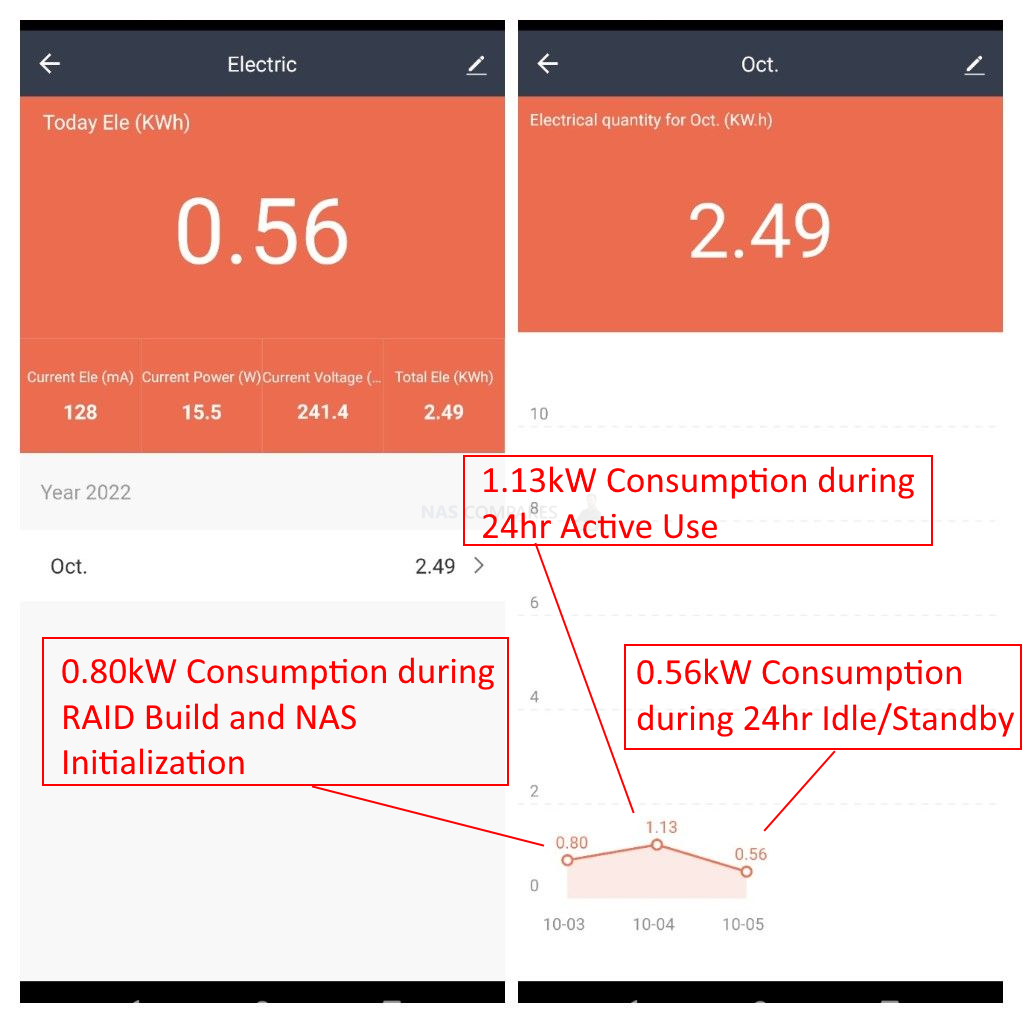 The power that was used in the initialization of both the NAS and the drives in the RAID was NOT included in the respective Actie/Idle tests.

Now it is worth keeping in mind that the costs for each region have a notably different price per kW rate, so even after factoring in currency conversions between different units (eg Pounds vs Dollars), there is a significant degree of difference in the costs per day, month and year of the exact same NAS+HDD setup above. Stay tuned, check below to see if other NAS power tests have been published and recommended to you, or watch the video version of these tests (which goes into more detail on the current predicaments in the energy crisis facing many of us in 2022, 2023 and beyond.